Which state legislative chambers will retain, gain, or lose a veto-proof supermajority in the 2022 state elections?

Most governors may veto legislation passed by the state legislature. This gives the executive branch an important role in shaping state laws and a check on the legislative branch. However, every state legislative body also has the power to override a gubernatorial veto if lawmakers can muster a supermajority of votes to do so. The threshold for a veto override is not uniform by state, but most states require a two-thirds vote of each legislative chamber. Seven states require a slightly less super majority of three-fifths, and six states only require a simple majority vote to override a gubernatorial veto. Alaska is unique in that a two-thirds vote from both its state senate and house combined is required for a veto override. 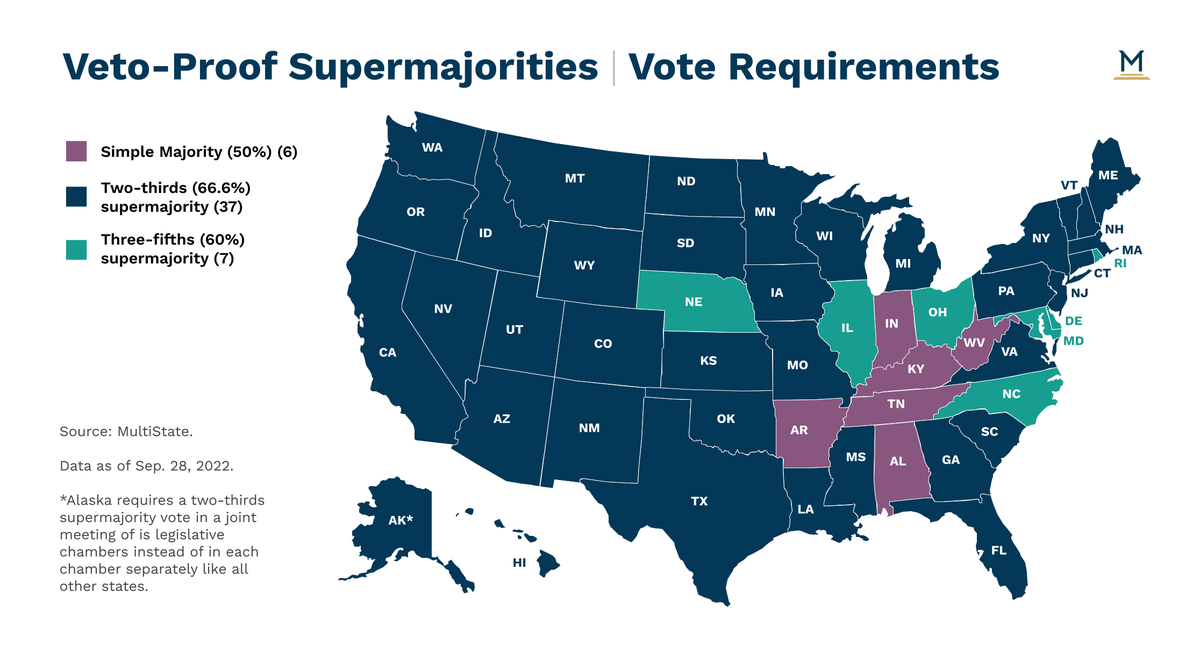 When one political party controls enough legislative seats to surpass the veto-override threshold, that party holds a veto-proof supermajority in that chamber. In all states but Alaska (combined chamber rule, see above) and Nebraska (unicameral legislature), it's important for a party to hold veto-proof supermajorities in both legislative chambers in order to threaten or perform a successful override vote on a gubernatorial veto. 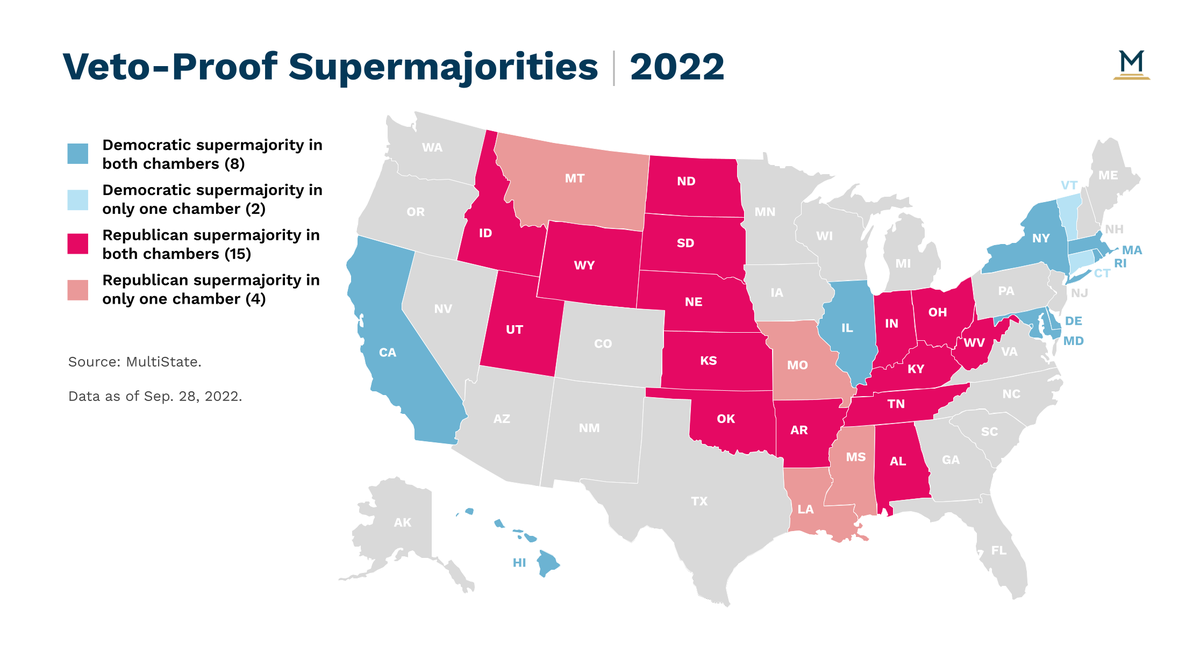 States to Watch During the 2020 Elections

On November 8, 2022, 88 of the 99 state legislative chambers in 46 states will hold elections. Will we see shifts in the supermajority makeup illustrated in the map below? Several states are within a handful of legislative seats of gaining or losing veto-proof supermajorities for 2023. Two states to keep an eye on are North Carolina and Wisconsin.

In North Carolina, Republicans would need to gain 3 seats in the house and 2 seats in the senate to reach the three-fifths voting threshold required to override Governor Roy Cooper's (D) veto. In Wisconsin, the GOP would need to secure 2 seats in the senate and a steep 10 seats in the assembly to gain veto-proof majorities in both chambers and the ability to override vetos from Governor Tony Evers (D). Republicans are focused on ousting Governor Evers this November but would also like to bolster the numbers in the legislature. What's most notable about both these states is that they have legislative majorities of a different political party to the current governor.