Court Ruling Opens Door for Net Neutrality in the States 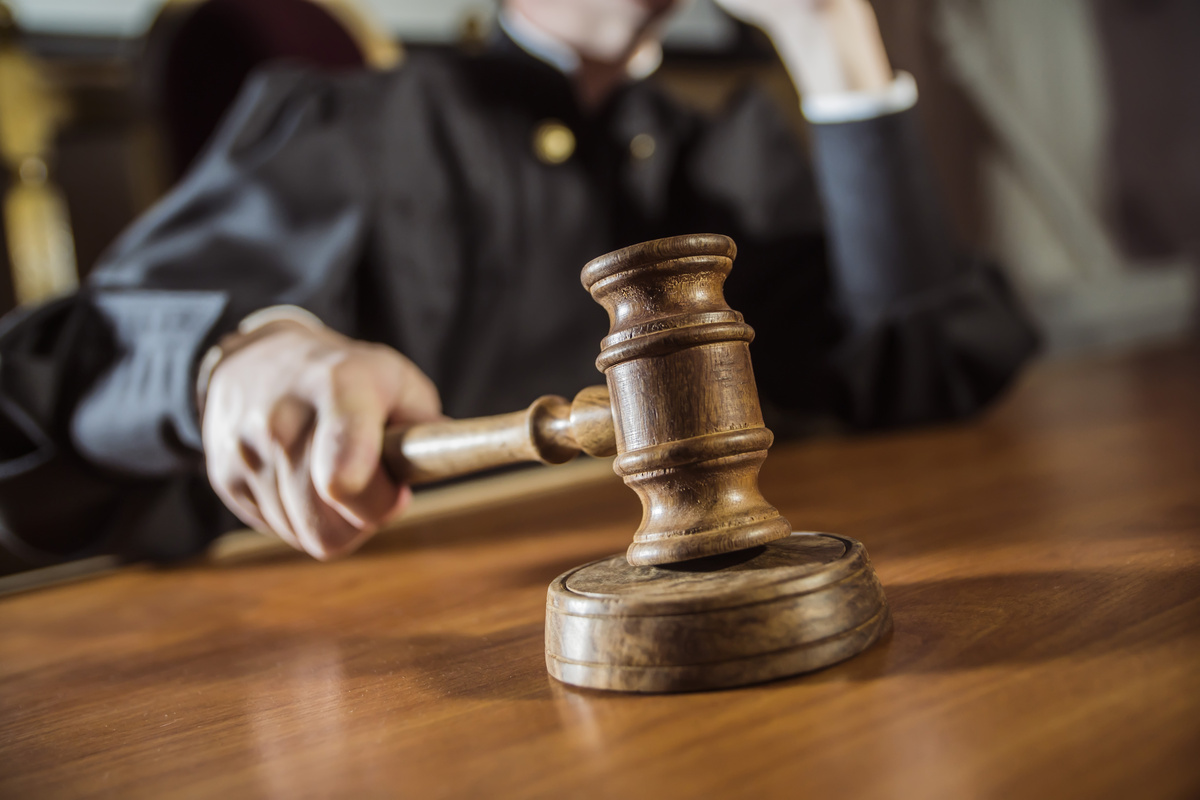 Internet use has permeated everyday life, leading to a debate on how online access should be regulated. In 2017, the Federal Communications Commission (FCC) voted to repeal net neutrality regulations that had been in place since 2015. The original regulations prevented internet providers from providing different tiers of quality, speed of service, or access to sites based on price. The repeal of the net neutrality rules went into effect in June 2018. Mozilla and others filed a lawsuit challenging the repeal of net neutrality rules. Tech giants Amazon, Facebook, Google, Netflix, Twitter lent support to the lawsuit via the Internet Association. Additional support came from consumer advocacy groups and 22 state attorneys general, who argued the FCC repeal was “arbitrary and capricious.”

Last week, the U.S. Court of Appeals for the District of Columbia Circuit upheld the FCC’s repeal of net neutrality rules. However, the court also struck down a provision that blocked states from enacting their own net neutrality rules. This opens the door for governors and state legislatures to take action to restore net neutrality state by state — a step many states have already undertaken.

Since 2018, 39 states have taken action on net neutrality, either through lawmakers introducing legislation or resolutions, governors issuing executive orders, or both. Three states — California, Colorado, and Washington — have enacted legislation prohibiting internet providers from engaging in behavior contrary to net neutrality principles. These bills would generally prohibit: 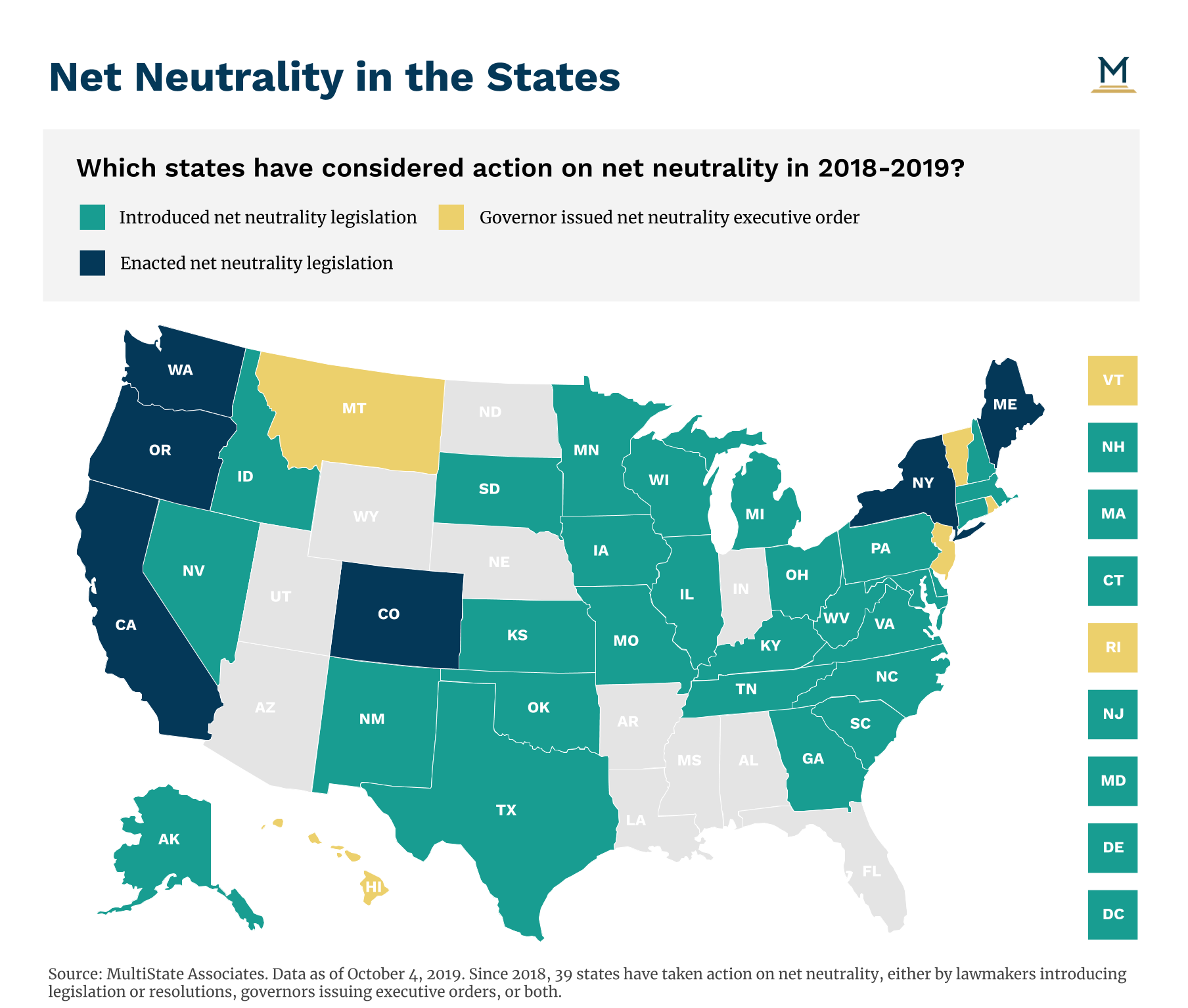 Despite passing a net neutrality law, California agreed not to enforce its law until after the federal appeals court case was settled. The Golden State is home to many of the tech companies involved in the net neutrality debate and is often a bellwether for other states because of the market share of its population and progressive leadership (e.g., privacy legislation). Even with last week’s court ruling, there is some doubt as to whether the California law can now take effect. The state still has to prove that its law does not conflict with federal regulations, and it faces a legal challenge from telecommunications companies.

Earlier this year, the Democratic-controlled U.S. House also passed legislation to reverse the FCC repeal and reinstitute the previous net neutrality regulations, but the Republican-controlled U.S. Senate has yet to take up the bill, with Majority Leader Mitch McConnell (R) calling the bill “dead on arrival.” Without congressional action, expect many states to take up the issue in the upcoming legislative session.