Just a few weeks into the 2022 legislative sessions, we have already seen lawmakers introduce major privacy bills in 13 states and D.C., and that does not even include the bills that carried over from last year in certain states. Here are a few takeaways from the legislation introduced so far this year. 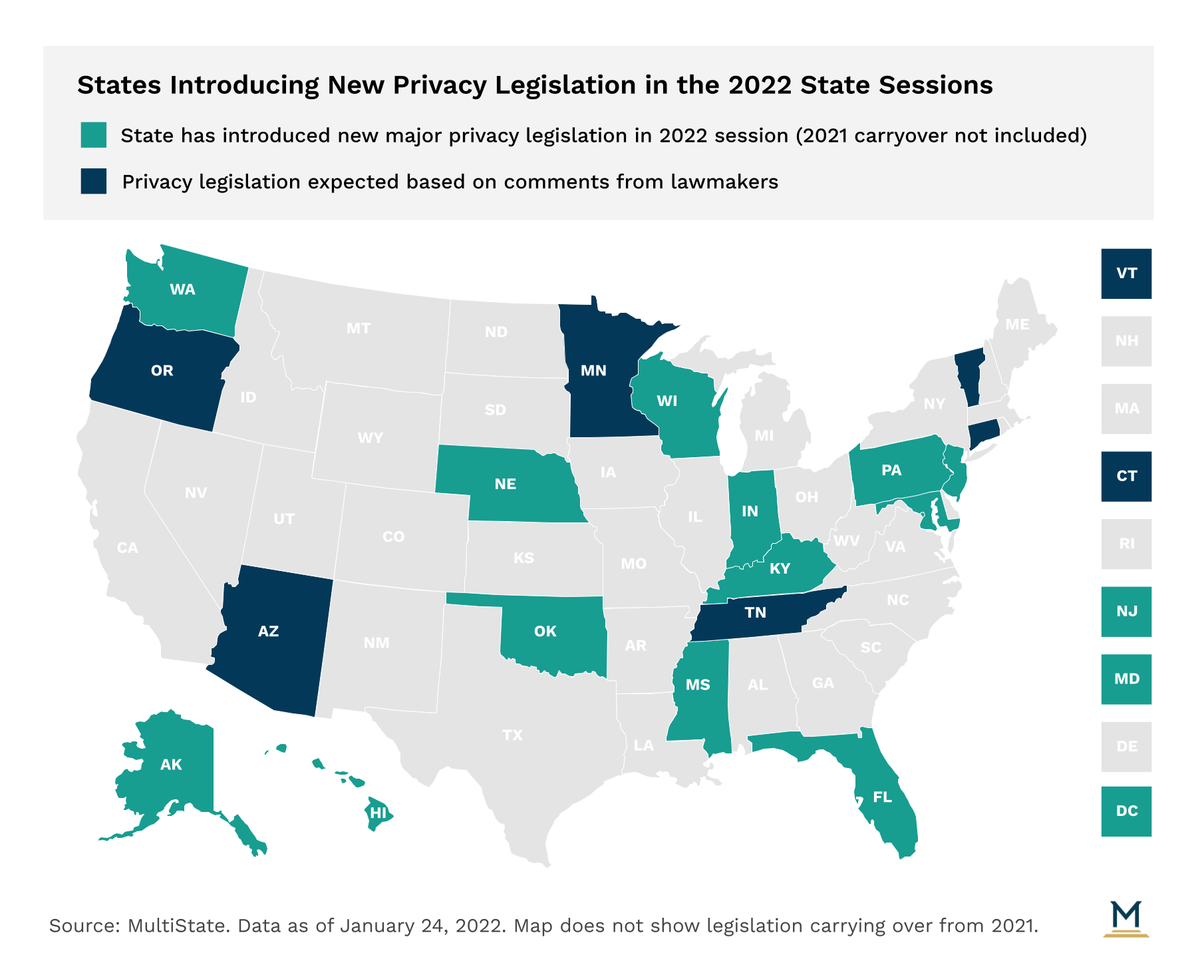 After Coming Close Last Session, Several States Are Back

Virginia lawmakers have proposed several bills to amend the Virginia Consumer Data Protection Act, which passed last year but won't go into effect until 2023. Some of the proposed bills would clarify the definition of "nonprofit organization" under the law; allow the state attorney general to pursue actual damages if a violation exists past the 30-day cure period; or provide how a controller who has obtained personal data from a source other than the consumer can comply with a consumer request to delete the data.

Most privacy legislation we have seen so far give consumers the right to opt out of the processing of their personal information, but there are a pair of bills in New Jersey that require consumers to opt in before their information is processed, much like an Oklahoma bill (HB 1602) that has carried over to the 2022 session. Other bills introduced this year require consumer opt in only for processing certain sensitive information or data related to minors.

In 2021, Colorado and Virginia enacted laws without a private right of action, while bills in Florida, Oklahoma, and Washington were held up on account of that provision. Despite disagreements on that point, sponsors have returned with legislation in 2022 that includes a private right of action in those states. Most states have followed the lead of Colorado and Virginia with legislation that leaves enforcement in the hands of the state attorney general. But expect the issue to arise in committee hearings as some bill proponents push for stronger enforcement.

Here is other potential activity we're hearing about this session:

For the latest activity on these bills, plus other privacy and technology related legislation, learn more about how MultiState can help you track your mission-critical issues, or get in touch here for a demo of our legislative tracking solution.