However, the Connecticut law gives consumers more protections than the Virginia and Utah models in a few key ways:

The law, which goes into effect on July 1, 2023, applies to businesses holding the data of at least 100,000 consumers or that derive 25 percent of annual revenue from the sale of data belonging to at least 25,000 consumers. There is a 60-day right to cure that sunsets on December 31, 2024. The law is solely enforceable by the Connecticut Attorney General with no private right of action.

The evolution of state privacy legislation has taken us from the consumer rights initially enumerated in California to a more sophisticated law in Virginia. Since then, states have either decided to take a more business-friendly approach as in Utah with numerous exemptions and a permanent right to cure, or they have taken a more consumer-friendly position as in Colorado and Connecticut with an emphasis on ease to the consumer and more of a burden on businesses, and a phased-out right to cure. There could be more iterations if states are eventually successful in pushing for tougher enforcement through a private right of action or opt-in requirements like recent stalled efforts in Florida and Oklahoma. 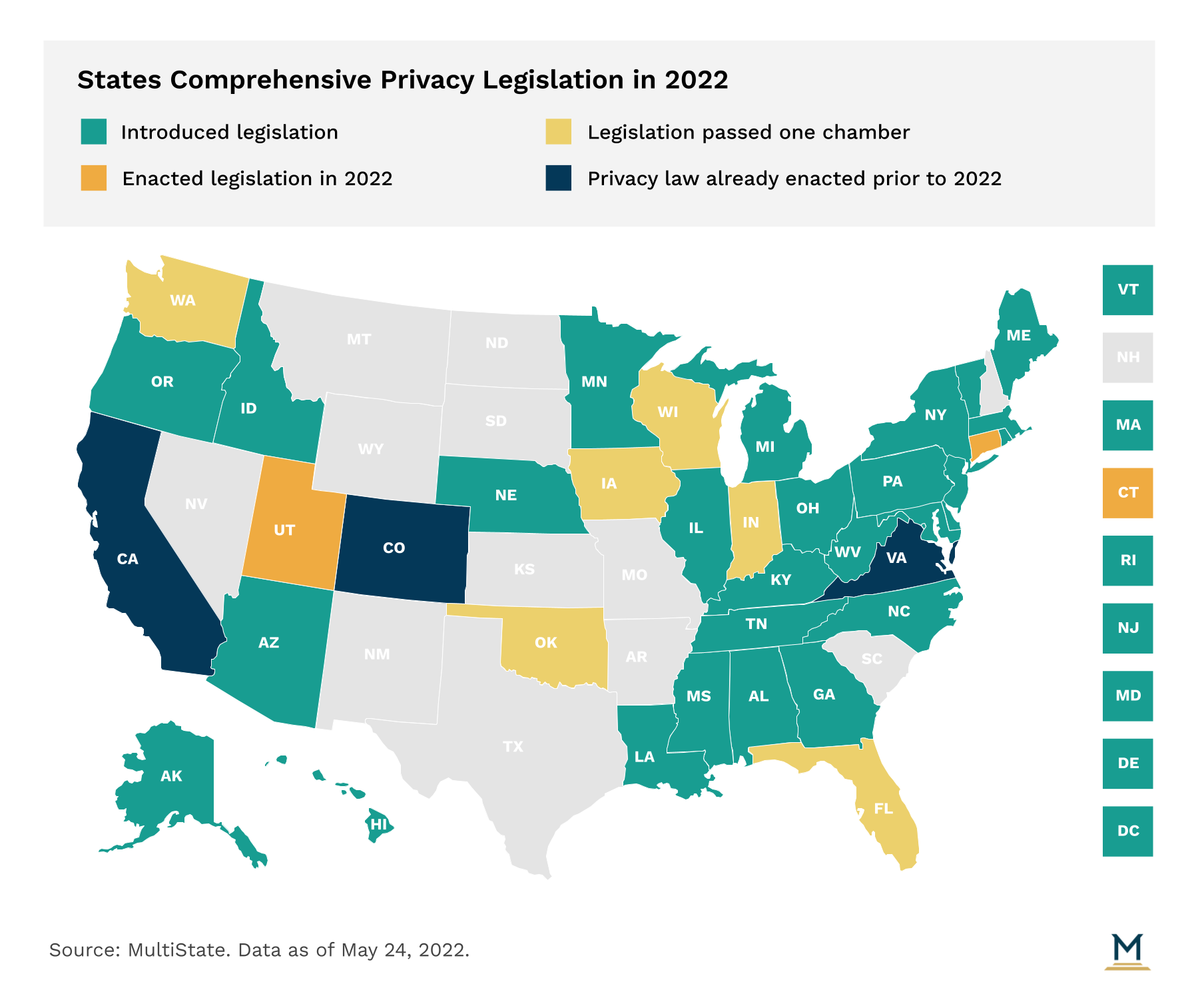