On March 28, 2017, the Trump Administration signed Executive Order 13783, titled “Promoting Energy Independence and Economic Growth.” The executive order directs the EPA to review all of its regulations “while also respecting the proper roles of the Congress and the States . . . .” Regulations placed under review included those related to EPA actions that could “potentially burden the development or use of domestically produced energy resources, with particular attention to oil, natural gas, coal, and nuclear energy resources.”

Notwithstanding a proposed bill to terminate the EPA (US HR 861), the EPA has complied with the order by publishing the Final Report on Review of Agency Actions that Potentially Burden the Safe, Efficient Development of Domestic Energy Resources Under Executive Order 13783 on October 25, 2017.

This report is broken into four reform-driven initiatives:
The EPA has emphasized the second initiative — NAAQS reform. The EPA determines the appropriate NAAQS and makes adjustments periodically. To comply with the Clean Air Act, states must ensure that industries producing six specific pollutants (carbon monoxide, lead, nitrogen dioxide, ozone, particle pollution, and sulfur dioxide) are within NAAQS confines. The pollutants include particle pollution, which are made up of inhalable particles such as dust and soot and smaller airborne material often seen as a haze in the sky. According to the EPA's report, “NAAQS requirements, and revision of the NAAQS standards, have the potential to impact all facilities that emit a NAAQS pollutant or its precursor substances, including those facilities that generate energy from, oil, and natural gas.”

In light of Executive Order 13783, streamlining and reforming NAAQS’ implementation may generate considerable state compliance changes affecting numerous industries, including the energy sector. This sector’s five largest companies’ market value is around $250 billion, while the next 10 companies’ market value provides an additional $243 billion.

States are required in their SIPs to provide stationary sources of particle pollutants with “schedules and timetables for compliance,” and include enforcement plans that cover the “regulation of the modification and construction” of particle pollutant sources, amongst a myriad of other monitoring programs and guidance. Thus, industries must work closely with states to ensure NAAQS compliance.

The EPA's report said that NAAQS inefficiencies make state compliance with federal law cumbersome. For instance, the report found that “[e]ach new or revised NAAQS requires a host of rules, guidance, and technical support documents for use by state, local, and tribal regulators, as well as industry.” Further, “[t]he increased frequency of NAAQS revision results in overlapping requirements that must be implemented in short time spans.” States and industries alike may have to face further regulatory modulations before requirements stabilize.

Additionally, the report responded to concerns about outlying particle pollution data points caused by wildfires and stratospheric ozone intrusions, among other exceptional events, that increased the particulate matter readings and could make it appear that states had decreased levels of NAAQS compliance. Exceptional events air quality data rules and guidance were last revised in September 2016. The report suggested revising rules and guidance on how to interact with these data points in order to more accurately illustrate the level of state compliance with NAAQS. To that extent, companies might theoretically report higher compliance without conducting any compliance-related actions.

The report highlighted the EPA’s Smart Sectors program, which cultivates working relations between industry stakeholders in order to “reduce unnecessary regulatory burdens, improve regulatory forecasting and predictability, and improve the ability of both EPA and industry to conduct long-term regulatory planning while also improving the environment and public health.” It ultimately held that reducing potentially burdensome regulations must come through close collaboration between industries affected by NAAQS and state governments. 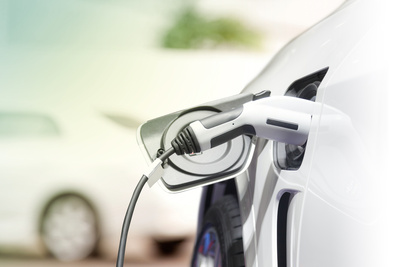