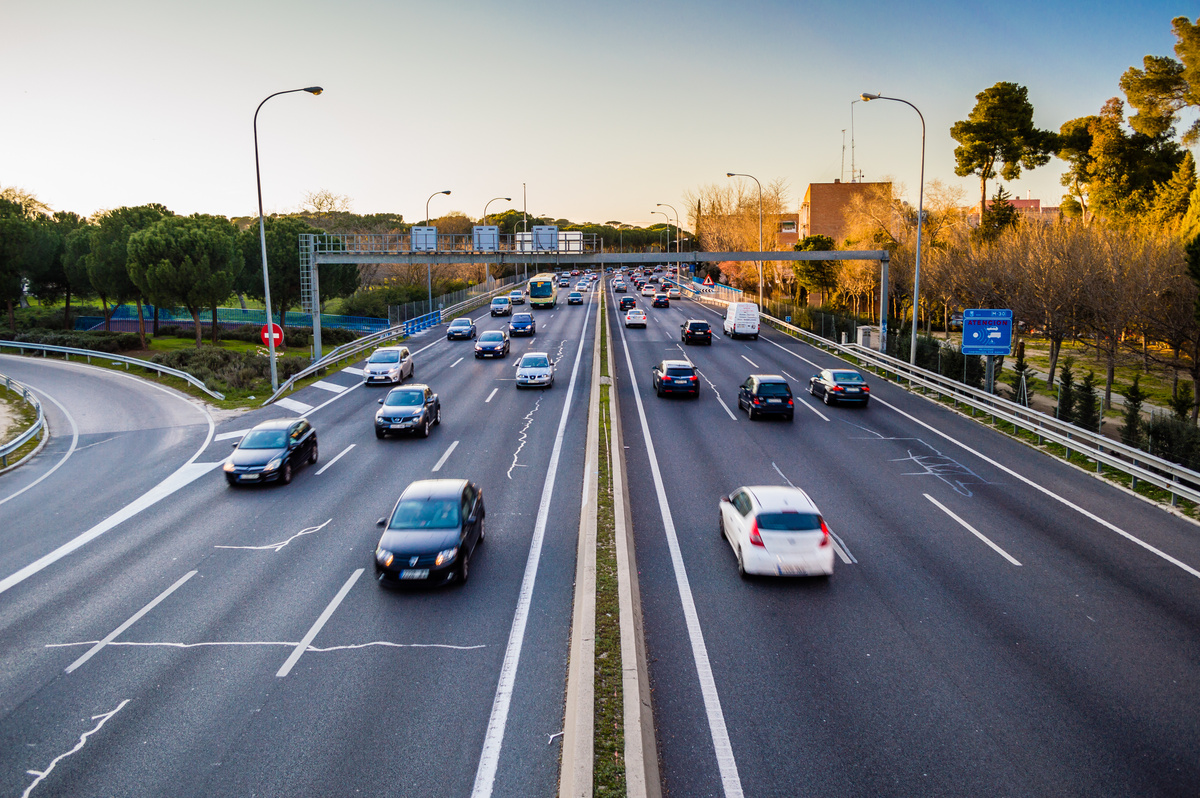 Home
/
Insider
/
•••
Share
This was a productive year for states making investments in their transportation infrastructure. While the Trump Administration has so far failed to deliver on promised infrastructure funding, 24 states have raised fuel taxes to invest in roads and bridges since 2012. Meanwhile, states continue to update fees by targeting hybrid and electric vehicles and are keeping an eye on, and encouraging the development of, autonomous and connected vehicles.

This is the second in a series of posts wrapping up the top state issues of 2017 and previewing what's ahead in 2018. Last week, Ryan Maness reviewed state budget issues.

As we reported previously, non-election years are a popular time to raise new revenue for transportation infrastructure investments. This year, seven states — California, Indiana, Montana, Tennessee, South Carolina, Oregon, and West Virginia — passed substantial road funding measures. The main component of all of these measures is a major increase in fuel taxes, ranging from 6 to 12 cents. The remarkable thing about this year's crop of transportation funding measures is the similarity between their legislative components. In addition to raising fuel tax rates, each state included increases in vehicle registration fees, and all but one implemented new annual fees for electric vehicles (see more on this below). State lawmakers appear to have settled on a similar package of user-fee revenue raisers that Republicans, who dominate most statehouses today, can embrace. Read More... 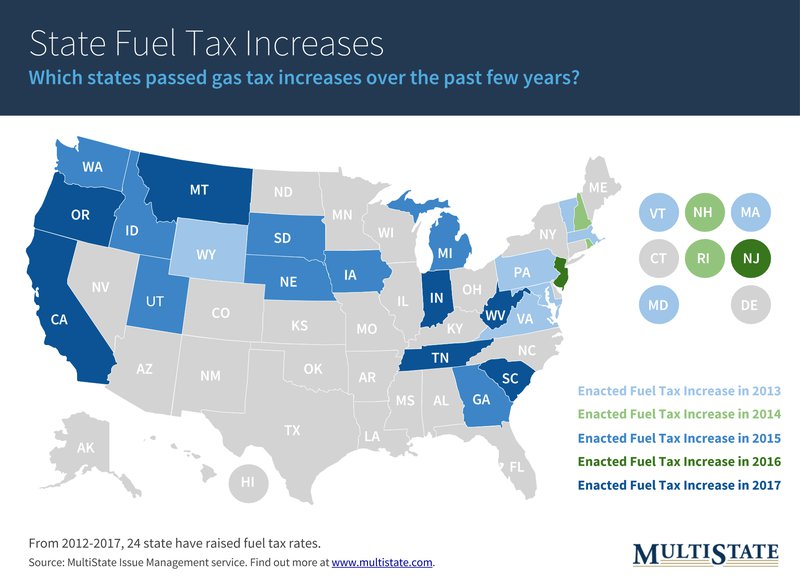 Lawmakers are increasingly enacting special fees for electric and hybrid vehicles, which pay little to no gas taxes, to pay their fair share to maintain and build state roads. As of 2012, only Missouri and Nebraska charged electric vehicles additional fees. By the end of last year, eight additional states had passed similar fees, and 2017 alone has seen another seven states pass special fees on electric vehicles, making it a total of 17 states. Lawmakers in Oklahoma also passed a stand-alone fee on electric vehicles earlier this year, but the Oklahoma Supreme Court ruled that law invalid, citing a legislative procedure issue. Read More... 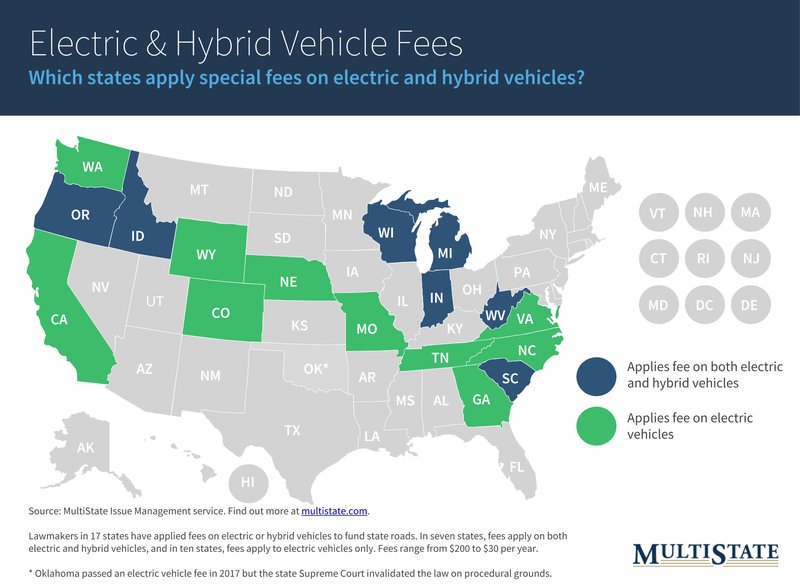 The debate over autonomous vehicles (AVs) is no longer about if, but when they'll become ubiquitous. But before AVs take over city streets, the first real-world application of a low-level autonomous technology is already developing in the long-distance trucking sector. Platooning refers to vehicle-to-vehicle communications technology that utilizes radar, GPS, and Wi-Fi to link up two or more vehicles. Platooned vehicles don't drive themselves, but have autonomous communication. The commercial trucking industry, which deploys fleets of heavy trucks to ship goods over long distances, is particularly interested in this technology. However, current traffic laws in most states unintentionally block testing and implementing platooning on state roads. This year, seven states passed legislation to make it clear that testing platooning on state roads was excluded from those traffic laws, joining three states that passed similar laws in 2015-16. Read More... 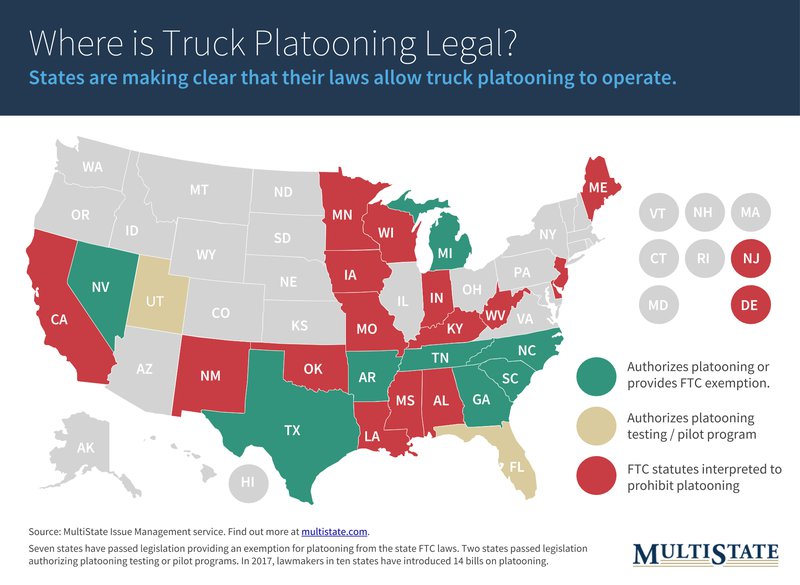 Congress is expected to pass federal legislation by the end of the year that will clarify which AV issues the federal government will preempt the states from regulating and which areas states can tackle themselves. As a result, expect to see an increase in state-level AV legislation in 2018.

In the near term, states will continue to struggle to raise funds for transportation infrastructure, so expect politically popular fees on electric and hybrid vehicles to proliferate as a small, stopgap measure. States will also continue to experiment with mileage fees as a potential replacement for lagging gas tax revenues.