Home
/
Insider
/
•••
Share
News broke this afternoon that West Virginia Governor Jim Justice will announce at a rally tonight his intention to switch party affiliation from Democrat to Republican. The rare party switch for the newly elected governor, in a state where the GOP dominates the legislature, means that Republicans will have complete control of 26 state governments — both houses of the legislature and the governorship — up from 23 states in 2016. Democrats, on the other hand, control only six states.

Democrats continue to eye elections in 2017 and 2018 when 17 governors — 15 of which are Republicans — are term limited. It is the winners of those elections that will shape redistricting after the 2020 census. 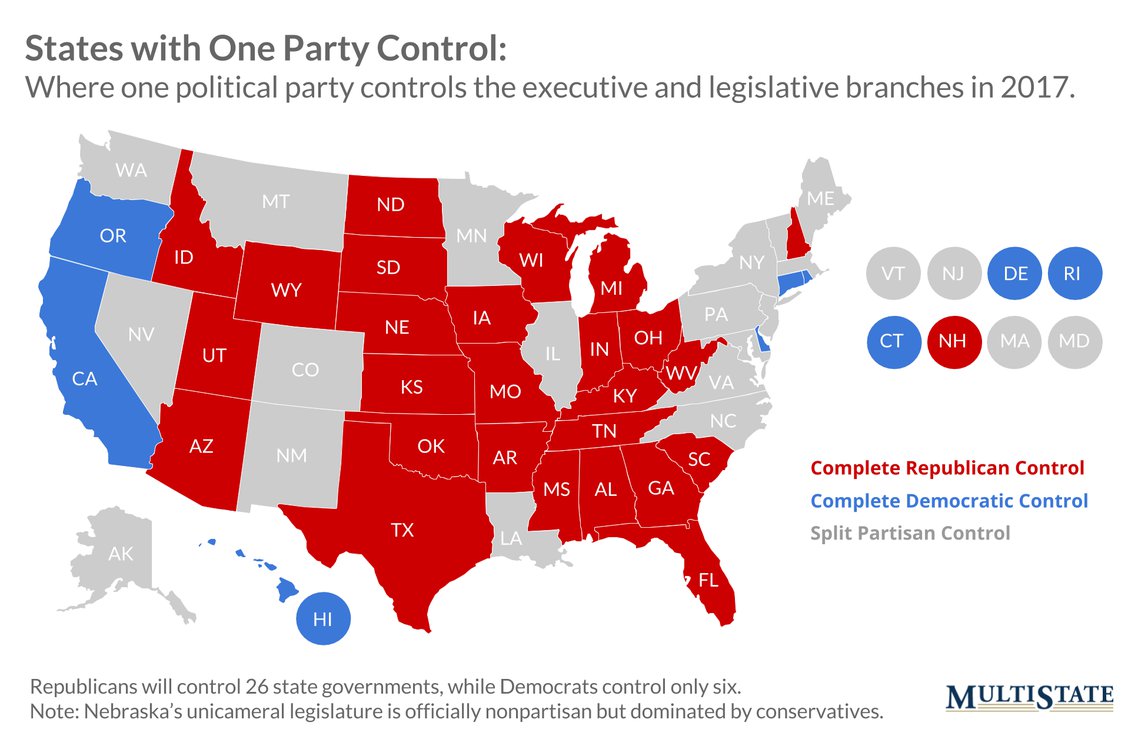