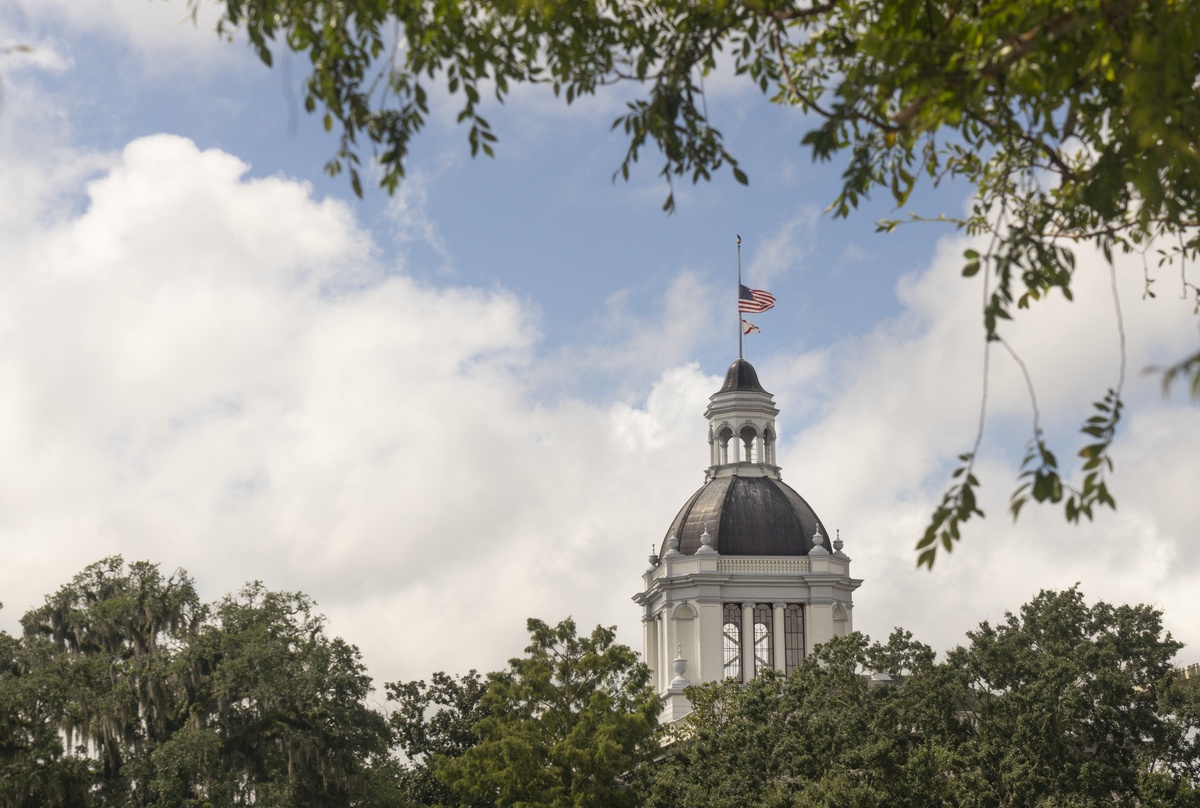 The Florida gubernatorial race is expected to be one of the most expensive campaigns in history, with Democrats seeking to win the governorship for the first time since 1994. The race features two young, up-and-coming candidates who offer opposing visions of how they wish to govern the state. Democratic candidate Andrew Gillum is trying to become the first African-American governor in Florida’s history and represents the newer progressive ideas advocated by many Democratic candidates this year such as Medicare-for-all, and a higher minimum wage. Republican Ron DeSantis has run as a proxy of President Donald Trump and is campaigning on protecting borders, lowering taxes, and protecting the Second Amendment.

Bio: Gillum has spent much of his life in the Sunshine State. He was born and raised in the Richmond Heights area of Miami-Dade County, moved to Gainesville as a teenager, and attended Florida A&M University. Months after graduating, he was elected to the Tallahassee City Commission at age 23, the youngest person to be elected to that position. He served on the commission until 2014, when he was elected mayor.

As mayor, Gillum pushed the city commission to “ban the box,” prohibiting questions about criminal history for government job applicants. He launched a violence prevention campaign in response to shootings.

In 2015, the FBI launched a probe into corruption in Tallahassee city government, which is ongoing. Although DeSantis has attempted to tie Gillum to the probe in advertisements, no one has been charged, and Gillum insists he is not the target.

His wife, R. Jai Gillum, is an executive director of a United Way project, and they have three children.

Bio: DeSantis has long-lasting ties to Florida, as he was born in Jacksonville and grew up in Dunedin. He attended Yale University and Harvard Law School before joining the U.S. Navy as a Judge Advocate General's Corps (JAG) prosecutor. He was later a legal advisor to the SEAL Team One in Iraq and was awarded the Bronze Star.

In 2012, DeSantis ran for the open seat in the Florida 6th congressional district and defeated State Representative Fred Costello for the Republican nomination, then Democrat Heather Beaven in the general election. He is a founding member of the conservative Freedom Caucus and was an outspoken critic of President Barack Obama. In response to perceived delays by the Obama administration in enforcing immigration laws, he introduced legislation that would have required the Department of Justice to report to Congress if any federal agency refrained from enforcing any laws. DeSantis filed to run for U.S. Senate in 2016 when Marco Rubio announced he would not run for re-election so that he could run for president, but when Rubio changed his mind, DeSantis withdrew.

DeSantis then decided to run for governor, challenging Agriculture Commissioner Adam Putnam in the Republican primary. Putnam had the backing of Attorney General Pam Bondi and several establishment Republicans, as well as a huge advantage in fundraising, but DeSantis won the endorsement of President Donald Trump and easily took the nomination with 56 percent of the vote. This fall, he resigned from Congress to focus on the election.

His wife, Casey Black DeSantis, is a television talk show host in Jacksonville, and they have two children.

Issues: The two candidates offer a stark contrast in policies, causing Nova Southeastern University political scientist Charles Zelden to remark, “There is no area of commonality. Usually, there is. But with these two, whatever one is for the other is against.”

Gillum has run on a progressive agenda, proposing to increase the corporate income tax from 5.5 to 7.75 percent to raise $1 billion for state education. He has proposed increasing funding to support early childhood programs, restore construction funds, and increase teacher pay. He has also proposed legalizing marijuana and taxing it to use the revenue to help school funding. Gillum has pushed for expanding Medicaid under the Affordable Care Act, supports “Medicare for All”, and calls health care a “fundamental right.”

He has called for a ban on assault weapons and bump stocks as well as other gun control measures. He advocates raising the minimum wage to $15 per hour and supports Amendment 4, which would restore voting rights for felons. This year’s algae bloom crisis, which has killed millions of pounds of marine wildlife and devastated tourism and recreation in beach communities, will be a major issue for Florida voters, and Gillum has vowed to “stand up to corporate polluters” and has proposed investing in science to fix the problem.

DeSantis has also spoken out about the algae crisis, condemning U.S. Sugar for its role in releasing fertilizers into Lake Okeechobee, fueling the algae. He has proposed addressing the issue by allowing runoff from Lake Okeechobee to flow south into Florida Bay, as well as banning drilling and fracking off the coast.

But his other proposals are more traditionally conservative, particularly on his core issues like immigration. DeSantis wants to require private employers to use the E-Verify system to prevent undocumented workers from getting jobs. He would prohibit “sanctuary cities” and supports the building of a wall along the Mexican border.

On education, DeSantis has proposed more “district managed” neighborhood schools, charter schools, and homeschooling. He is an ardent supporter of the Second Amendment who says he would have vetoed the three gun control signed into law this year, including the law raising the age to purchase to 21. DeSantis also wants to keep Florida as a “low-tax state” and has criticized Gillum’s calls for a tax hike.

Campaign: DeSantis has enjoyed the support of President Trump, who flew in for a rally in Tampa over the summer. Florida voters are split Trump, with 49 percent approving and 47 percent disapproving of the president. Nonetheless, DeSantis put his loyalty to Trump on full display with an ad that showed him telling his daughter to “build the wall” while she played with blocks and quoting Trump to his infant son, leaving no question as to where he stood.

DeSantis got into hot water early in the campaign by calling Gillum an “articulate spokesman” and warning voters not to “monkey this up” by voting for Gillum. The racially-charged comments drew heavy criticism, though DeSantis denied they were related to race. His running mate, Núñez, was revealed to have deleted tweets critical of President Trump.

Gillum’s running mate, Chris King, was accused of anti-Semitism when remarks he made as a college student surfaced. DeSantis’ campaign has used those comments, plus Gillum’s criticism of the Trump administration moving the U.S. Embassy in Israel from Tel Aviv to Jerusalem, in an effort to draw Jewish voters.

Gillum had a huge fundraising advantage once the primaries were completed, but DeSantis has made up some ground with $3.4 million on hand and another $2.4 million in the Friends of Ron DeSantis, while Gillum has $5.5 million on hand and $2.6 million in the Forward Florida committee. The DeSantis campaign has been plagued by disarray and hired a new campaign chair in late September.

The two candidates have been very close in polls this fall. Recently polls, however, have shown Gillum opening up a slight lead, though still within the margin of error.