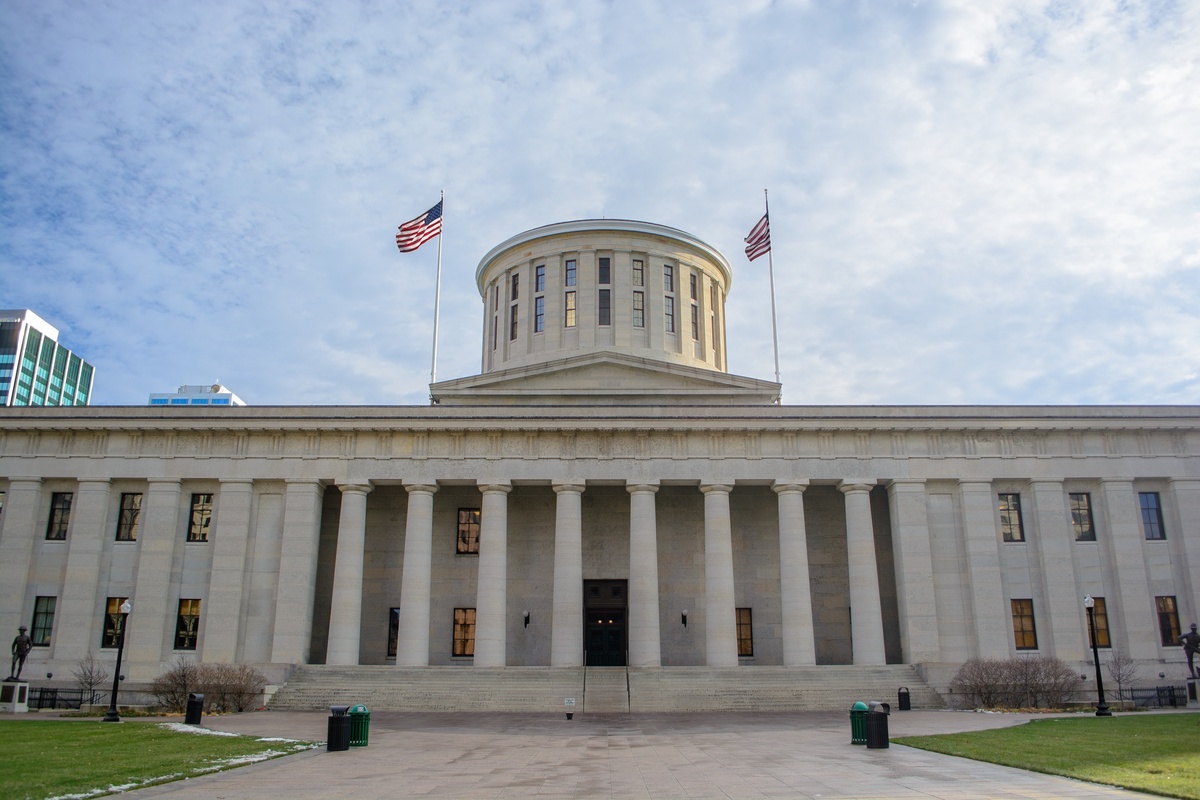 Ohio has been a bellwether state in presidential elections, but Republicans have dominated state-level elections for decades. Republicans currently hold all statewide state-level offices, and aside from a brief term in 2009-2010, both chambers of the General Assembly have been Republican-controlled since the mid-90s. Republican candidates have won six of the last seven governor’s races in the state, but with current Governor John Kasich term-limited, Democrats have a chance to take control of the governorship. Their candidate is Richard Cordray, the former head of the Consumer Financial Protection Bureau, but he will have to defeat well-known Ohio politician Mike DeWine, to whom he’s lost before. This race has been described as the “nerdiest in the country” because it features two policy wonks, one of whom is a wholesome family man who doesn’t smoke or drink (DeWine), while the other was once a five-day Jeopardy! champion (Cordray).

Bio: Cordray was born and raised in Grove City in the Columbus area. He attended Michigan State University, earned a Master’s degree from Oxford University, a law degree from the University of Chicago, and clerked for Supreme Court Justices, Byron White and Anthony Kennedy. He served a term in the Ohio House of Representatives but was unsuccessful in his bid for a seat in Congress in 1992.

Cordray was appointed the state’s first-ever solicitor general in 1993 and unsuccessfully ran for attorney general in 1998. In 2000, he looked to unseat then-Senator DeWine but lost the Democratic primary. He finally won statewide office in 2006 as state treasurer, then won a special election in 2008 to become attorney general. As attorney general, Cordray reached a $725 million settlement with insurance company AIG for antitrust practices. In 2010, he lost his re-election bid to DeWine by just two percentage points.

Later that year, Cordray was selected to lead the enforcement arm of the newly-created Consumer Financial Protection Bureau (CFPB) in the Obama administration. The next July he was appointed , but Senate Republicans blocked his nomination, leading President Barack Obama to appoint Cordray during the Senate recess. Cordray served as CFPB director until November 2017. He announced his run for governor of Ohio the next month and easily won the Democratic primary with 63 percent of the vote, defeating a number of candidates that included former Congressman Dennis Kucinich.

His wife Peggy is a law professor, and they have two children.

Bio: Mike DeWine was born in Springfield, Ohio, and grew up in nearby Yellow Springs. He attended Miami University in Ohio and earned a law degree from Ohio Northern University College of Law. He began his career as a prosecutor for Greene County, then won to the Ohio Senate in 1980. He won election to Congress in 1982, eventually serving four terms. He won election as lieutenant governor in 1990, serving under Governor George Voinovich.

He lost his first bid for U.S. Senate in 1992 going against incumbent John Glenn, but easily won an open Senate seat in 1994. As a senator, DeWine was conservative on social issues, supporting a constitutional amendment to ban same-sex marriage and opposing abortion. But he also drew from conservatives for breaking with the party on occasion, working with Democrats to renew the federal assault weapon ban. DeWine served two terms in the Senate before losing to Sherrod Brown in 2006.

DeWine defeated Cordray in 2010 to become Ohio attorney general, and won re-election in 2014. As attorney general, he wrote a brief joined by 18 other attorneys general supporting Hobby Lobby in its suit challenging the Affordable Care Act’s requirement that employers offer insurance that covers contraception for employees. He also joined a lawsuit to challenge the Obama administration’s interpretation of rules for transgender students’ use of school bathrooms and other facilities. In 2018, he won the Republican primary for governor with 60 percent of the vote, defeating Lieutenant Governor Mary Taylor.

Mike DeWine has been married to Frances Struewing DeWine for over 50 years, and the couple eight children and 23 grandchildren.

On education, both candidates plan to subsidize early childhood education to broaden eligibility and reduce the number of standardized tests. Cordray has criticized the Electronic Classroom of Tomorrow (ECOT), an online charter school politically connected to Republicans that closed in January after receiving more than $1 billion in state funds. An audit found that school leaders broke the law by intentionally inflating the of time students spent learning. Corday proposes banning for-profit companies from operating tax-funded charter schools. DeWine has touted his lawsuit filed against the company to recover money owed to the and proposes holding online schools more accountable through end-of-course exams before state aid is given.

DeWine said he would sign the heartbeat bill, a bill banning abortions once a heartbeat is detected, which can be as early as six weeks into a pregnancy. The legislature passed the bill in 2016, but Kasich vetoed it. Cordray said he would veto the bill and criticized DeWine for not making exceptions for rape or incest.

DeWine drew the NRA’s ire when he was a senator, but has moved to the right since then, earning its endorsement. He supports a “stand your ground” law in Ohio and reciprocity on concealed-carry permits between states. Cordray won an “A” rating from the NRA back in and has voiced support of the Second Amendment. In this campaign, he has advocated for universal background checks and a bump stock ban, though he does not support a ban on assault weapons.

DeWine has stood firmly against legalizing marijuana, while Cordray would like to see the issue put before voters. Cordray has expressed support for Issue 1, a ballot measure to reduce criminals sentences for non-violent drug possession offenders, while DeWine has criticized the measure, saying it will lead to more drug dealers on the street. Cordray responded with an ad calling for longer sentences for drug dealers. Both candidates agree they would veto any right-to-work legislation and support the expansion of Medicaid, though DeWine would add work requirements.

Campaign: This race has been a re-match of the attorney general race in 2010, causing each candidate to criticize how the other handled the office. DeWine has accused Cordray of leaving a backlog of 12,000 untested rape kits in the office. DeWine has been criticized for a union grievance filed by the state Bureau of Criminal Investigation agents for expired Kevlar vests when he was attorney general, an incident that may have led to Cordray to win the endorsement of the Fraternal Order of Police of Ohio. Cordray has criticized DeWine for not doing more about the algae problem in Lake Erie. In response, DeWine said he supports a $1 billion bond for waterway cleanup.

DeWine chose Secretary of State Jon Husted as his running mate. The former University of Dayton football star served as the House speaker as well as a state senator. As a legislator, he was anti-abortion and pushed to cut state income taxes by 21 percent. He helped push legislation that opened the door for charter schools, which drew criticism in the wake of the ECOT scandal. Husted was also criticized for his method of purging inactive voters from the rolls, leading to a court challenge. In June, the Supreme Court upheld his methods.

Corday is running with former U.S. Representative Betty Sutton, who is also a former state lawmaker. As a congresswoman from 2007-2013, she sponsored the “Cash for Clunkers” bill that offered money to consumers to trade-in their cars for a more fuel-efficient vehicle. Obama appointed her as administrator of the Saint Lawrence Seaway Development Corporation in 2013. Recently, she shared her experience as of domestic violence three decades ago.

DeWine has portrayed himself as tough on crime and the “law and order” candidate. He has significantly out-raised Cordray in what has been the most expensive race in Ohio history. The Buckeye State went for President Donald Trump in 2016, but his approval rating of 42 percent is now lower than his 57 percent disapproval rating in the state, and popular Governor Kasich has been one of the president’s most vocal Republican critics, creating difficult terrain for DeWine to navigate on the right. Republicans have an advantage with more registered voters in the state. However, the polls in this race have been very close for months and nearly all experts rate this race as a .