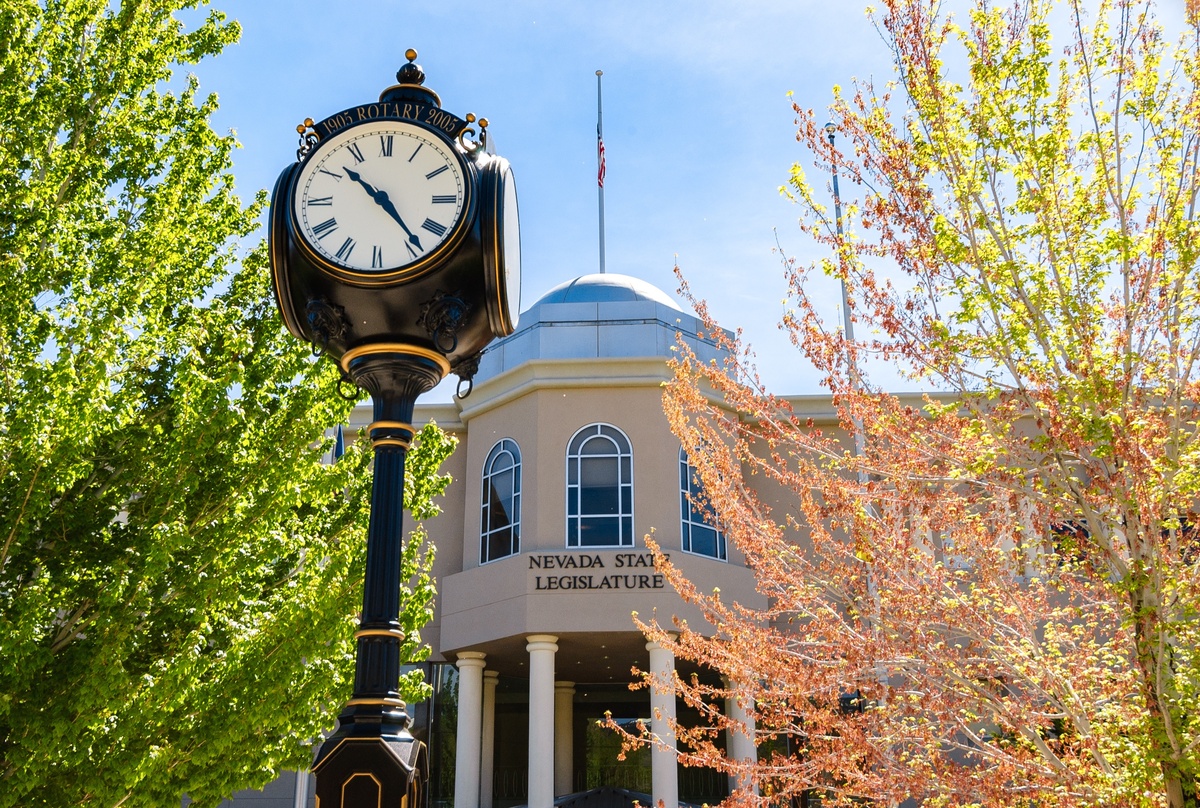 In 2016, Nevada Democrats bucked national trends and took control of both chambers of the state legislature after two years in the minority. If they can retain their seats and win what is expected to be a very close governor’s race this November, they have a chance at a trifecta of party control for the first time since 1992.

The Democratic gubernatorial nominee is Steve Sisolak, an economic development-friendly candidate who has made education a central theme of his campaign. He is opposed by Republican Adam Laxalt, the young attorney general who made his name on socially conservative issues.

Bio: Steve Sisolak was born and raised in Milwaukee, Wisconsin, earning his degree from the University of Wisconsin-Milwaukee. He moved to the Silver State in the 1970s to pursue a graduate degree at the University of Nevada, Las Vegas. He was a partner in two telemarketing companies in Nevada and a lobbyist for the industry, unsuccessfully running twice for the state Senate in the mid-1990s. Sisolak served on the Board of Regents and won a seat to the Clark County Commission in 2008.

On the commission, Sisolak described himself as being socially liberal, but fiscally conservative, and was credited with finding cost savings for the county, even earning plaudits from a Nevada conservative think-tank for holding government spending accountable. He initially opposed a fuel tax increase for infrastructure, but later supported extending the tax, and supported a sales tax increase to hire more police officers. Sisolak was credited with being a catalyst for the push to build a football stadium in Las Vegas to attract the NFL’s Raiders, a deal that will cost taxpayers $750 million through a hotel tax increase.

Sisolak announced his run for governor in 2017 and defeated Clark County Commission Vice Chair Chris Giunchigliani in the Democratic primary, winning 50 percent of the vote.

Sisolak is divorced and has two adult daughters.

Bio: Adam Laxalt was born in Reno, the grandson of former Nevada Governor and U.S. Senator Paul Laxalt. In 2013, former U.S. Senator Pete Domenici of New Mexico admitted to being Adam’s father as the result of an affair with Michelle Laxalt, a lobbyist. Adam attended high school in Alexandria, Virginia, before earning his undergraduate and law degrees from Georgetown University. After school, Laxalt worked in the office of then-Under Secretary of State John Bolton at the Pentagon and the office of Republican Senator John Warner of Virginia.

Laxalt joined the Navy and volunteered for a tour of duty to Iraq as a Judge Advocate General (JAG). After five years of service, he returned to Las Vegas to work as an attorney in the private sector. In 2014, he won a tight race for attorney general, edging out Democrat Ross Miller by one percentage point. As attorney general, he created the Office of Military Legal Assistance to offer pro-bono legal representation to veterans. He signed Nevada onto four amicus briefs supporting abortion restrictions or supporting pro-life and joined lawsuits challenging the Obama administration on issues like immigration and overtime pay.

Laxalt earned an endorsement from President Donald Trump early in the summer and easily won the Republican gubernatorial primary, defeating state Treasurer Dan Schwartz with over 70 percent of the vote.

Adam met his wife Jaime when he worked at the Pentagon. They have three children.

Issues: Laxalt has released a detailed economic development plan that features lowering taxes, reducing occupational licensing requirements, increasing internet connectivity, and providing access to job training skills and affordable housing. Laxalt has been critical in the past of tax incentives for out-of-state companies, but his economic plan expands some incentives. Laxalt has been very critical of the commerce tax passed in but has conceded that he cannot repeal it.

Sisolak supports keeping the commerce tax. He also wants to streamline bureaucracy for small businesses and increase scrutiny on some of the tax incentives given to large companies, like the $1.3 billion tax break given to Tesla.

On health care, Sisolak plans to expand mental health facilities, push for drug price transparency, and drive down drug prices through a buying consortium. He applauded Republican Governor Brian Sandoval for expanding Medicaid under the Affordable Care Act (ACA), and is interested in reviving a Medicaid-for-all bill Sandoval vetoed in 2017, though Sisolak admits, “Right now, we do not have the resources for Medicaid-for-all.”

Laxalt opposes the ACA and plans to impose work requirements for Medicaid. He also proposes a loan forgiveness program to attract more doctors to the state.

Laxalt advocates for school choice and supports Nevada Education Savings Accounts (), a voucher-style program that allows parents to use public dollars for school. The Nevada Supreme Court struck down the funding mechanism for the program in 2016 and the legislature failed to fix it, but Laxalt wants to revive the stalled program. He vows to increase school funding by $500 million, with $60 million toward ESAs.

Sisolak wants to reform the school funding model and proposes using tax revenues from marijuana sales and a 2009 hotel room sales tax increase to reduce class sizes. He wants to protect school funding by requiring a two-thirds supermajority vote in the legislature for any education budget cuts.

Sisolak is pro-choice and has pushed for gun control measures like banning bump stocks and assault weapons and enforcing a voter-approved measure to require universal background checks.

On immigration, Sisolak supports Deferred Action for Childhood Arrivals (DACA), while Laxalt sued the Obama administration over an executive order that would have expanded DACA to include parents.

Campaign: Governor Sandoval is one of the most popular governors in the country, but has refused to endorse Laxalt. The two have frequently butted heads over the commerce tax and Laxalt joining lawsuits for conservative causes as attorney general. Laxalt has run a campaign warning against the threat of California’s liberal influence invading the state, but his stances on social conservative issues have put him at odds with many moderate Republicans like Sandoval. Two of Laxalt’s cousins have publicly campaigned against him due to policy differences.

Republicans have labeled Sisolak “Shady Steve,” alleging he has a history of using his political power to help campaign donors, citing a $16 million lawsuit he won against the county and a government contract he later secured for the attorney who won the suit. Attack ads have also hit Sisolak for raising taxes and fees as a commissioner.

Laxalt has been criticized for failing to disclose his arrest as a 17-year old living in Virginia on suspicion of assaulting an officer while at a party where there was underage drinking. Democrats have also attacked him for not investigating a campaign supporter who was accused of sexual assault and harassment.

The two candidates have not been able to agree to a debate. Sisolak has outraised and out-spent Laxalt, with both receiving money from gambling and resort interests in the state. The polls have been back and forth, with each candidate holding a narrow lead within the margin of error in different polls.