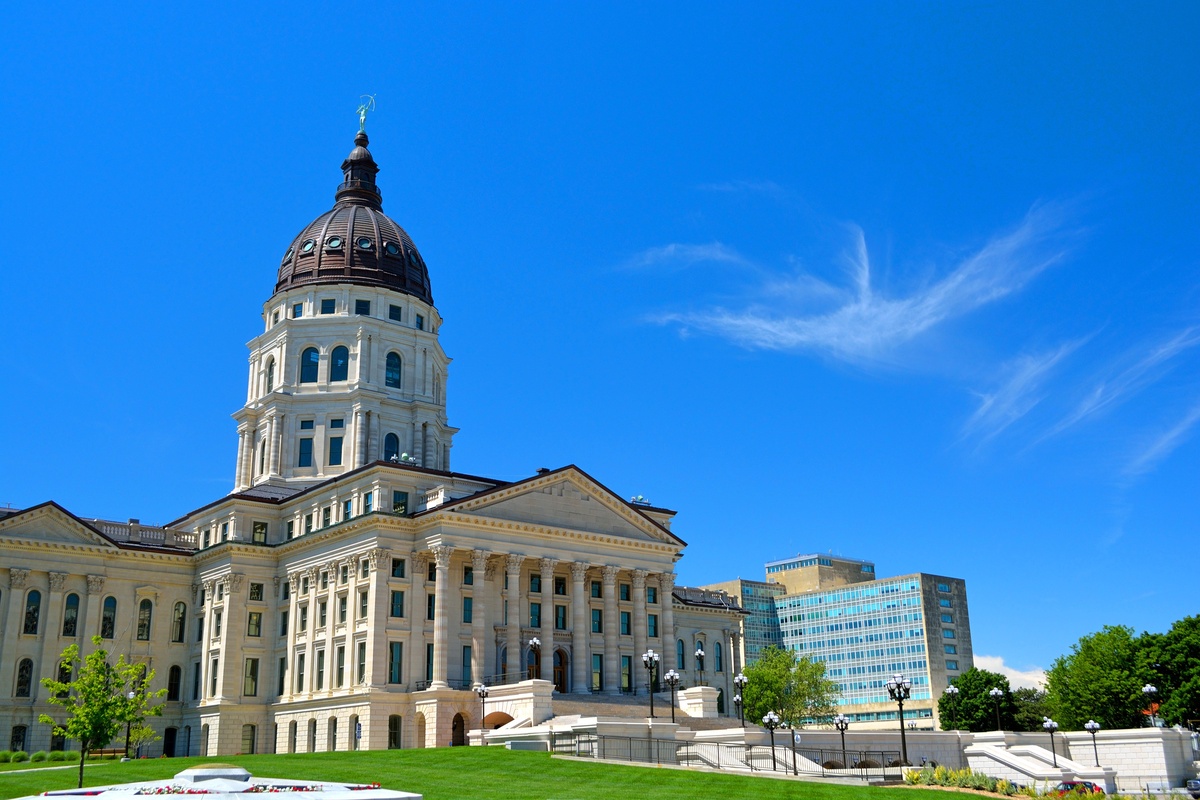 Kansas has traditionally been one of the most reliably Republican states in the union. However, dissatisfaction with former Republican Governor Sam Brownback allowed Democrats to buck national trends and pick up 13 seats in the state legislature in 2016. Democrats hope to build on that success in this year’s governor’s race, where the nomination of controversial Republican Kris Kobach may give an opening for Democrat Laura Kelly to appeal to moderate Republicans and independents.

Bio: Laura Kelly was born in New York City, but moved around as a child as part of a military family. She attended Bradley University in Illinois and earned a master of science in therapeutic recreation at Indiana University Bloomington. She moved to Kansas in the 1980s and was the executive director of the Kansas Recreation and Park Association. In 2004, she won a seat in the Kansas Senate, rising to assistant minority leader by 2011.

As a state senator, Kelly pushed for establishing Early Childhood Development Block Grants, as well as greater transparency at the Lansing Correctional Facility. She also investigated problems with the foster care system as part of a legislative task force. She is Democrat on the Kansas Senate Ways and Means Committee.

Kelly defeated former Agriculture Secretary Josh Svaty and former Wichita Mayor Carl Brewer, among others, to win the Democratic gubernatorial primary with 52 percent of the vote.

Her husband, Ted Daughety, is a physician, and they have two adult daughters.

Bio: Kris Kobach was born in Madison, Wisconsin, but moved to Topeka, Kansas, as a child. He attended Harvard University, where he was mentored by Samuel Huntington, a political scientist who was critical of immigration and multiculturalism. Kobach earned a master’s and in philosophy from Oxford and a law degree from Yale. He clerked for a federal appeals court judge and began teaching law at the University of Missouri-Kansas City in 1996. He won a seat on the Overland Park City Council in but lost a bid for the Kansas Senate the following year. In 2001, Kobach took a White House Fellowship to work for Attorney General John Ashcroft and stayed on as counsel.

In 2004, Kobach won the Republican primary for the Kansas 3rd Congressional District, but he lost to incumbent Democrat Dennis Moore. He became an outspoken critic of illegal immigration and began doing legal work to help cities craft ordinances to combat immigration. He served as the chair of the Kansas Republican Party from 2007 to 2009 before running for Secretary of State. He easily defeated incumbent Democrat Chris Biggs in 2010, taking 59 percent of the vote.

As Secretary of State, Kobach was focused on rooting out voter fraud. In 2011, he pushed for new voter ID laws that required proof of citizenship to register to vote. The bill was approved by the legislature, including Kelly, and signed into law. A federal judge later struck down the law and held Kobach in contempt for non-compliance and ordered him to take continuing legal education for legal missteps he made during .

In his time as Secretary of State, Kobach claims to have prosecuted 12 cases of voter fraud, though that number is disputed and only one case involved a noncitizen voting illegally. It was also discovered that Kobach had inadvertently made public thousands of partial social security numbers of state officials on the Secretary of State website.

Kobach was part of the drafting committee that helped write the platform for the 2016 Republican National Convention, adding language supporting a border wall and condemning the recent U.S. Supreme Court ruling that legalized same-sex marriage. In 2017, President Donald Trump appointed Kobach as the vice-chair of the Presidential Advisory Commission on Election Integrity. His requests for a trove of voter data and personal information were rejected by 22 states, including Kansas, due to state laws. Less than a year later, Trump disbanded the commission, which had discovered no evidence of voter fraud.

In the 2018 Republican primary, Kobach challenged incumbent Governor Jeff Colyer, who assumed office once Brownback resigned to take an ambassador post in the Trump Administration. After county election officials reported inaccurate vote totals on the Secretary of State website and the Colyer campaign accused Kobach of making statements that may have suppressed vote totals, Kobach recused himself from giving advice on counting votes. In a very close race, Kobach won by just over 300 votes.

His wife Heather is a photographer and former environmental scientist, and they have five daughters

es: Brownback left office as one of the most unpopular governors in the country due to an income tax cut plan that left the state with a projected two-year deficit of $900 million and modest job growth. The legislature overrode Brownback’s veto and repealed many of the tax cuts in 2017.

Kobach wants to revive the rate cuts, but not the exemption for owners of limited liability companies and pass-through entities. He also wants to reform property tax reappraisals and repeal a sales tax increase enacted under Brownback.

Kelly wants to see how repealing the Brownback tax cuts affects revenues before calling for any other major changes to income taxes. She insists she will not raise taxes, relying on economic growth to pay for more funding for schools and government services. She wants to reduce property and sales taxes and cut the food tax. She proposes reviving the Kansas Bioscience Authority, a public-private venture capital firm that invested in bioscience technology companies. It was shut down in 2016 after the CEO was ousted and questions were raised about the effectiveness of the investments.

School funding has been a major issue in Kansas, with numerous court rulings ordering the state to increase funding to fulfill its constitutional obligations. The legislature raised funding by over $500 million earlier this year, but over the summer, the Kansas Supreme Court held that the legislature had still not met its obligation.

Kelly supports increasing school but has not given specifics, though she says she wants to reform the funding formula. Meanwhile, Kobach has criticized the $500 million school funding increase, accusing some districts of overspending, but has denied claims he wants to cut spending on schools. He has called for 75 percent of school funding to be allocated to the classroom.

Kelly supports expanding Medicaid under the Affordable Care Act and voted for a Medicaid expansion bill that passed the legislature but was vetoed by Brownback in 2017. Kobach opposes expansion and proposes combining Medicaid with direct primary care to reduce bureaucracy costs, claiming it will produce $2 billion in savings. He also proposes adding work requirements to Medicaid and drug testing and verifying legal status for recipients.

Kelly has been a supporter of gun rights in the past. She sponsored a bill to allow gun owners to carry a weapon without a permit in 2015 and supported a bill to allow guns on college campuses in 2013. However, she reversed course in 2016 when she supported a repeal of the college campus bill. She now supports banning bump stocks, requiring background checks on gun purchases, and prohibiting anyone convicted of a domestic violence offense from owning a gun. Kobach is an outspoken Second Amendment supporter who wrote a column for Breitbart calling for teachers to be armed, and he has lobbied to host the NRA convention in Kansas.

Kobach is pro-life, but he was pro-choice very early in his political career. Kelly is pro-choice, and Planned Parenthood and Emily’s List have endorsed her. Kelly would reverse a bill signed this year that would allow adoption organizations to refuse to place children in homes with gay, lesbian, or transgender parents based on religious beliefs.

Campaign: Kobach has distanced himself from Brownback, applauding his tax cuts but vowing a more aggressive leadership style. He made news when he showed up to a civic parade riding in a jeep with a large gun mounted in the back, rattling some parade-goers. He has campaigned at a fundraiser with controversial rocker and gun rights activist Ted Nugent.

Kelly has tried to tie Kobach to Brownback, warning Kobach would revive the tax cut experiment. She has made school funding and criticism of the Brownback tax cuts the central themes of her campaign, while attack ads have hit her for her votes on tax increases.

Kelly has worried some Democrats for being low-key and soft-spoken, though her rhetoric has been more impassioned in the general election. Many Republicans have crossed party lines to endorse Kelly, including state Senator Barbara Bollier, former Governor Bill Graves, and U.S. Senators Sheila Frahm and Nancy Kassebaum.

Adding a further dynamic to the race is the presence of an independent candidate, businessman Greg Orman. Orman has registered as both a Democrat and Republican in the and ran as an independent in an unsuccessful run for U.S. Senate in 2014. The conventional wisdom is that Orman will hurt Kelly more, and Democrats fought to keep him off the ballot. With Kobach polling with a net -17 favorability rating, there may be some Republicans who will not vote for Kobach but will not vote for a Democrat. A recent poll shows Kelly leading Kobach in a head-to-head matchup, but with Orman in the race, nearly every poll has had the two candidates virtually tied, with Orman polling around 10 percent.