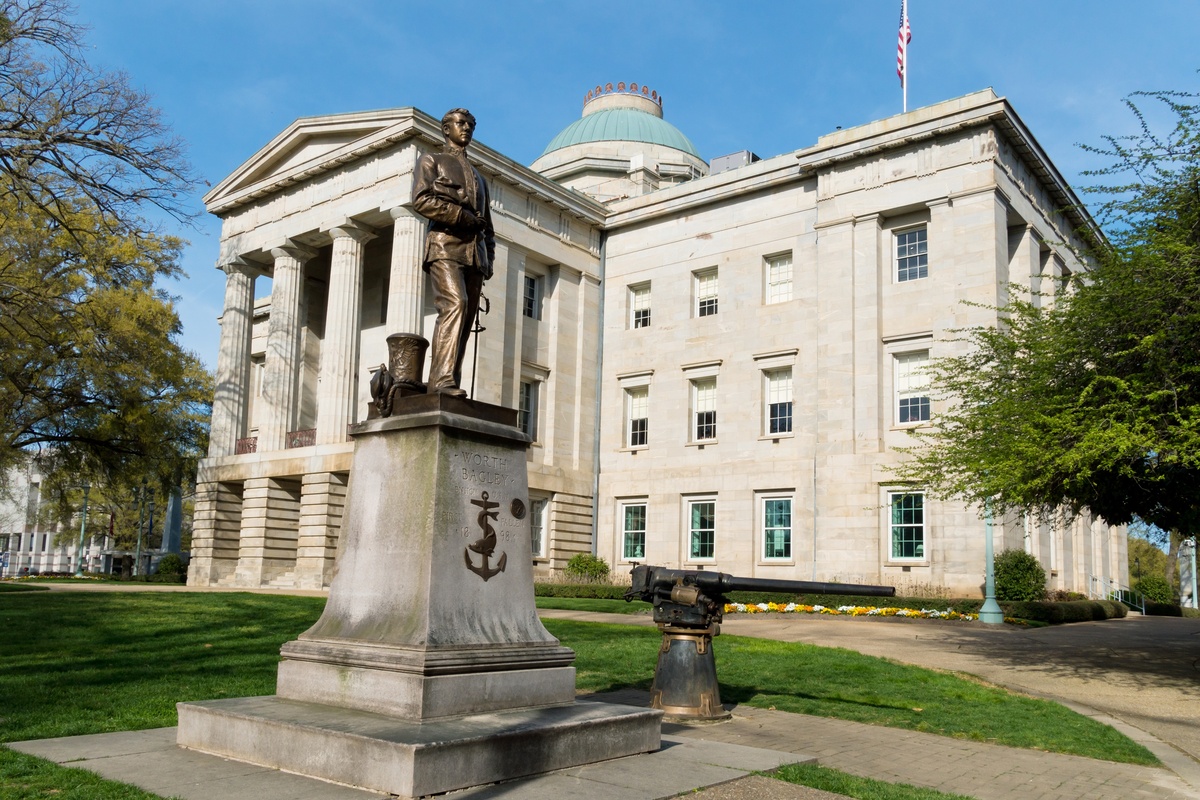 Earlier this year, North Carolina Governor Roy Cooper (D) filed a third lawsuit against the Republican-controlled General Assembly over who has the authority under the state constitution to appoint the chair and members of North Carolina’s new ethics board. Uncertainty will remain unless the General Assembly is able to pass a law guiding the board’s leadership appointment process.

How We Got Here

For the last two years, North Carolina politicians have fought over how the membership of the state’s ethics board will be selected and which board will oversee state lobbying. In mid-December of 2016, the legislature convened a special session specifically to pass legislation (NC SB 4 & NC HB 17) that abolished the existing State Board of Elections and the State Ethics Commission and incorporate them under a newly-created Bipartisan State Board of Elections and Ethics Enforcement. Then-Governor Patrick McCrory (R) signed the bills into law on December 16, 2016.

Less than two weeks later, governor-elect Cooper challenged the constitutionality of the laws. In March 2017, a three-judge panel of the Superior Court, Wake County, upheld the creation of the new state board in Cooper, III v. Berger (N.C. Sup. Ct., Wake County, Mar. 17, 2017) but struck down how the board members would be selected because the selection process impeded the governor’s ability to exercise control over the board. Specifically, the three-judge panel observed that because “the governor only appoints four of eight members of the new state board, while six of eight members are required to take any action,” the governor could not uphold the state constitution.

In response to the superior court’s ruling, the legislature passed a new law (NC SB 68) that amended how the new bipartisan state board would be selected. The new law specified that party chairs would submit a list of six nominees from each party. The governor would then select four members from each party. Additionally, once board members were appointed, the governor could only exercise his removal authority for cause.

Cooper vetoed the law on April 20, 2017, stating that the process laid out by the new legislation would “result in deadlocked votes on the Board of Elections, and will undermine North Carolina’s ability to conduct fair, legal elections that maximize voter participation.” On April 25, 2017, the legislature overrode Cooper’s veto to enact the legislation into law. The next day, Cooper sought to halt the new law’s implementation by filing a lawsuit. Again, the governor made a facial constitutional challenge, arguing that the law’s processes impeded his ability to faithfully execute state laws as required by the state constitution.

After the North Carolina Supreme Court’s January decision in Cooper v. Berger, the legislature passed a third law (NC HB 90), which again set forth how the Bipartisan State Board of Elections and Ethics Commission’s chair positions and structure of the county boards of election would be selected. Cooper refused to sign or veto the bill (North Carolina does not provide for a pocket veto). Instead, he brought a third facial challenge to the constitutional amendment contained within the law. In October, a three-judge panel in the superior court division ruled the challenged statute unconstitutional. However, the holding was suspended, allowing the current chair, Andy Penry, to remain until the November elections have been certified.

On October 22, the court stayed its October 16 order until December 3, 2018. If the legislature cannot craft a statute that does not violate the executive’s ability to execute state law, the board could very well be chairless beginning in December.

What to Expect Moving Forward

During the November 2018 elections, North Carolinian voters rejected, nearly two-to-one against, a ballot measure that would have overturned the state supreme court’s January decision in Cooper v. Berger. This ballot provision would have amended the state constitution by implementing the overturned board appointment procedure.

Now, expect the North Carolina legislature to try, for the fourth time, to pass a bill that will determine the board’s chair and structure of the county boards of election. Such a bill may appear during either the upcoming session or through the session that is scheduled to convene on November 27, 2018. It is unlikely that the bill will appear during the November 27 special session, but it could appear at any time during the lame-duck period. Expect an additional special session to convene before the new legislators assume office on January 1, 2019.

Considering the unsettled landscape, many lobbyists and their employers may not know where to turn to file lobbyist expense reports. On October 26, 2018, North Carolina Secretary of State Elaine Marshall, who administers the state’s lobbying laws, sent an email to all lobbyists and their employers explaining that filing and registration requirements will remain with the Bipartisan State Board of Elections and Ethics Enforcement.

The supreme court’s January 2018 decision in Cooper v. Berger has settled the constitutionality of the board’s creation. Although the board’s leadership selection process remains unresolved, lobbyists should anticipate continuing to file and register under the board’s purview. In fact, a page on the secretary of state’s official website directs lobbyists to the board’s new website.

Additionally, lobbyist reporting is governed by the Elections and Ethics Enforcement Act and administrative rules found under Chapters 10 and 12. Both chapters 10 and 12 will remain in effect while the board’s leadership composition is resolved. The chapters may be relied on as binding. For now, the Bipartisan State Board of Elections and Ethics Enforcement will enforce both the applicable statute and administrative rules governing lobbying.

Following on the heels of the court’s January holding in Cooper v. Berger, the MultiState Compliance Team is closely watching the North Carolina legislature to see what bill, if any, will be introduced in the November lame-duck session, in a special session occurring before January 1, 2019, or in the upcoming 2018 session.

When Do You Have to Register? (Sometimes It’s Before!)

These States and Localities Have Compliance Deadlines in January - Are You Ready?

These States and Localities Have Compliance Deadlines in 2021