Last December, President Donald Trump signed long-awaited tax reform legislation into law, but one often overlooked aspect of the legislation was the repeal of the Affordable Care Act's (ACA, or “Obamacare") individual mandate, which required individuals to secure health insurance or pay a financial penalty to the IRS. One of the ACA's three legs of the stool — vital, interlocking parts of the law — the individual mandate survived legal challenges in 2012, only to be repealed by Congress in 2017 after it failed to fully repeal the health care law. The individual mandate remains in place through this year but will be eliminated in 2019.

The Congressional Budget Office projects that the individual mandate repeal will result in millions of people declining to purchase health insurance, health care premiums and potentially destabilizing state health insurance markets. However, states can enact their own mandates, similar to the mandate that Massachusetts set up before the ACA's enactment. Initially, health care experts thought that several blue states would seek out this option in 2018.

The purpose of a statewide individual mandate would be to help stabilize health care marketplaces and lower premiums. States would also have the freedom to design the financial penalties for individuals refusing to secure health insurance, and any resulting revenues would flow to state budgets instead of the federal government. The financial incentive could have tempted many budget-crunched state policymakers.

However, with almost all state legislative sessions adjourned for the year and lawmakers across the country focused on November’s elections, only two states — Vermont and New Jersey — and the District of Columbia took it upon themselves to pass an individual mandate to match Massachusetts’ existing mandate.

Although lawmakers in California, Washington, Hawaii, Connecticut, and Maryland introduced legislation to enact individual mandates, most of these bills struggled to move past the committee stage.

In Connecticut’s 2018 legislative session, lawmakers proposed two different bills establishing a state-wide individual mandate. One bill (CT HB 5039), pushed by Governor Dannel Malloy (D), mirrored the ACA’s individual mandate and would have assessed a penalty of 2 percent of income or $500 for failing to purchase insurance. The second bill (CT HB 5379), introduced by the House Insurance and Real Estate Committee, would have created a similar mandate, but with enforcement penalties set at 9.66 percent of income with a $10,000 cap. The second bill would also have allowed residents to put the same portion of income into a state-managed health savings account in lieu of paying the penalty.

Criticism for these Connecticut bills came from both sides of the health care debate. Tom Swan, executive director for the Connecticut Citizen Action Group, argued that individual mandate must also come with a public health insurance option and that the bills failed to address the root causes of premium inflation: “the corporatization of healthcare.” Additionally, the Connecticut Association of Health Plans expressed concerns over implementing a mandate absent other cost-reducing provisions of the ACA.

In Maryland, legislators filed two bills (MD SB 1011 & MD HB 1167) that would have established an individual mandate. Unique among other proposals, however, is where penalty revenue in these bills would be allocated. As opposed to depositing the money in the state’s general fund, Maryland lawmakers want to create “health insurance down payments.” According to the legislation, the state would first see if there is a health insurance option that would be completely covered by a combination of the down payment and any available tax credits. If there is no such option, the state would deposit the money into an interest-generating account that could be used to purchase insurance during the next enrollment period.

So the debate over the individual mandate is alive and well in the states. However, the major factor behind states’ slow action on the individual mandate this year remains the mandate’s unpopularity. It was the least popular part of the controversial ACA, which likely caused state lawmakers, even in blue states where the ACA remains popular, to hesitate in an election year.

Another factor is that the federal mandate is still in effect through the end of this year, so there’s less urgency than if the mandate were already repealed. Presumably, state lawmakers can return to work in January and take on the passage of an unpopular individual mandate without an election right around the corner.

Finally, there remains confusion in the general public surrounding the ACA and mandate. According to poll conducted by the Kaiser Family Foundation, only 11 percent of the overall public even aware that the individual mandate was repealed.

Uncertainty remains the theme of health care policy on both the federal and state levels. If progressive lawmakers increase their numbers in state legislative chambers across the country, we could see an uptick in debate and passage of statewide individual mandates in 2019 as the federal mandate is officially eliminated. 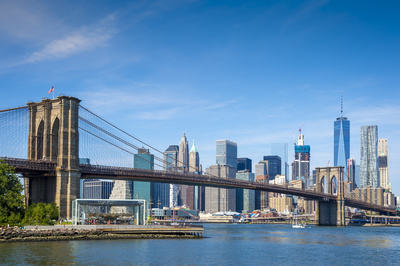