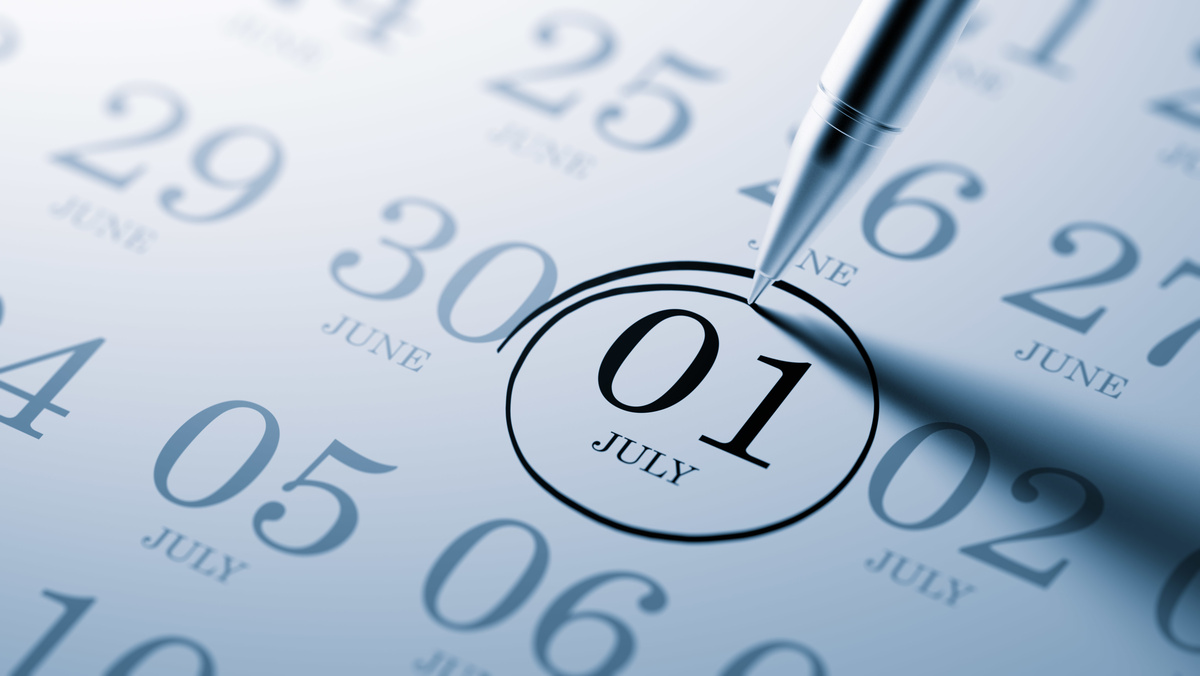 Passing a budget is one of the most essential functions of a state legislature, but because the final product can bring about major changes to state spending and policy, budgets are often the most contentious proposals of the year.

Louisiana is the most recent state to wrap up its budget, passing a $30 billion operating budget yesterday. Here is a rundown of the handful of states that still have to pass spending plans for their upcoming fiscal year.

State legislators are expected to enter a second special session on July 8 as conflict over the state’s permanent fund dividends (PFDs) continues. The house majority caucus and senate approved a $4.4 billion operating budget (AK HB 39) one day before the state’s first special session ended last week to prevent a shutdown, but the bill does not address PFDs and Governor Mike Dunleavy (R) has yet to sign it. The governor and his Republican allies in the house have insisted throughout budget negotiations that the legislature should approve the statutory maximum dividend by drawing from a state savings fund, but house and senate leaders have indicated their reluctance to tap into the savings account, calling instead for a more sustainable dividend. Governor Dunleavy said last week that he wants lawmakers to focus solely on PFDs in the second special session, adding that a third special session will need to be called to allow legislators to pass the state’s capital budget.

Last week, lawmakers sent a $214.8 billion budget to Governor Gavin Newsom’s (D) desk, which he is expected to sign. The budget allocates $2.4 billion to California’s housing and homelessness issues and $40.3 million to the state’s fire department after the area’s deadliest wildfire season to date. The budget also includes a $98 million expansion of Medi-Cal (California’s Medicaid program) coverage in the new budget, which will make some undocumented young adults eligible for taxpayer-funded, full-scope health insurance. Supported by the Democratic-controlled legislature and Governor Newcom, the Medi-Cal expansion will make California the first state to make undocumented young adults eligible for state-funded health insurance. The legislature has estimated that the expansion will cost the state approximately $1.75 billion in fiscal year 2020. The budget also sets aside nearly $6 billion in reserves. This week, legislators sent 12 trailer bills to the governor’s desk, including an extension of paid family leave benefits from six weeks to eight.

Legislators have until the end of June to finalize and send a budget proposal to Governor John Carney’s (D) desk amid a revenue estimate last month that increased the state’s projected balance for the current fiscal year by $40.7 million (about one percent of the prior budget). Governor Carney has warned legislators against using the increased revenue to fund ongoing expenses in the coming year, since the increases are largely attributable to volatile revenue streams like the personal income tax. The governor’s proposed $4.4 billion budget would increase expenditures by 4 percent relative to the current budget. Anticipating a future fiscal downturn, Carney has proposed setting aside $92.1 million more than the Delaware Constitution mandates. Whether the Democratic legislature will agree to put the money away or use one-time revenue increases on capital projects remains to be seen.

Massachusetts: After the state senate approved a $42.8 billion budget in late May (S. 2235), six lawmakers from the Democrat-controlled legislature were tasked with resolving differences between the house and senate budgets in a conference committee. Last year, Massachusetts was the last state to enact a budget because it took six weeks to finalize a budget to send to Governor Charlie Baker’s (R) desk. This year, although the house and senate budgets contain similar spending levels, they differ in their fund allocations. The house budget (MA HB 3801) also includes reforms to charter school funding and would create a trust fund to cover education costs for low-income students. This week, in anticipation of another late budget, Governor Baker filed legislation for a $5 billion interim budget to prevent a government shutdown.

House lawmakers finalized their budget proposal last week and negotiations will now begin in a conference committee to resolve differences in the plans before sending a finalized budget to Governor Gretchen Whitmer (D). While both the house and senate rejected Governor Whitmer’s proposed $2.5 billion gas tax hike for road infrastructure, the senate budget allocated $132 million solely for local road repair and the house budget earmarked almost $1 billion towards road and bridge infrastructure. In total, the house budget includes $1.3 billion less in spending than the governor’s proposal.

The house and senate have each passed its own version of a budget for the coming fiscal biennium. Both budget plans have drawn vocal criticism from Governor Chris Sununu (R) for including $500 million more in state spending than his proposal released in February. Governor Sununu and house Republicans voiced opposition to tax provisions in the senate budget, including the repeal of the scheduled business profits tax (BPT) reductions from the current 7.9 percent rate. The senate budget also exempts global intangible low-taxed income (GILTI) from the corporate income tax base. Both budgets increase education funding, with the house allocating $60 million more than the senate budget by increasing the capital gains tax. During senate negotiations, the Democratic majority rejected about 24 amendments proposed by Republicans that would cut business taxes and create a voluntary paid family leave program championed by Governor Sununu that private businesses could join. House and senate negotiators are close to reaching a compromise between the two versions of the budget, which eliminates the senate’s paid family and medical leave program but includes taxes that the governor opposes.

Last year, tensions between the Democratic-controlled legislature and Governor Phil Murphy (D) over his proposed 1.78-percentage-point-increase in the marginal tax rate on incomes over $1 million brought the state to the brink of a shutdown. This year, legislators will send the governor a spending package that omits not only the “millionaire’s tax” but also sidesteps several other priorities that the governor laid out in his $38.9 billion proposal. Democratic lawmakers rejected a proposed “corporate responsibility fee” of $150 per worker enrolled in Medicaid on businesses with 50 employees or more, a tax on opioid manufacturers, and several firearm-related fee increases. It is still unclear whether Governor Murphy plans to reject all or part of the budget with his line-item veto.

Governor Roy Cooper (D) has butted heads with the Republican-controlled legislature over the state’s budget since the beginning of his term — he vetoed the legislature’s budget bills in 2017 and 2018, only to have his vetoes overridden both times. But Republicans will have to take Governor Cooper — and his call to expand Medicaid in the state — more seriously this year, as their party lost its legislative supermajorities last November. Neither the house nor the senate budget bill includes appropriations for Medicaid expansion — and both include a franchise tax cut the governor opposes — which could lead the governor to exercise his veto authority.

The senate unanimously passed a two-year, $69 billion budget proposal this week after reviewing hundreds of amendments to the bill. House and senate leaders are expected to convene a conference committee to resolve differences between the two versions of the budget, including a senate-backed tax credit for self-employed Ohioans and differences in the level of individual income tax cuts. Both the house and senate versions of the budget would require retailers to collect sales taxes on online purchases.

Although Governor Tom Wolf (D) and the Republican-controlled state legislature have been frequent combatants in recent years, an unexpected $800 million state surplus and a surprise statement from Senate Majority Leader Jake Corman (R) signaling his willingness to discuss a minimum wage hike may translate into an easier budget process this year. Lawmakers now have only a few weeks to consider Governor Wolf’s $34.1 billion proposal, which includes controversial measures like charging municipalities that rely solely on the state police for patrol coverage, reinstating a cash-assistance program, and increasing infrastructure spending. Legislators are also expected to transfer part of the surplus from this year into a rainy day fund. The governor’s only tax proposals — adopting mandatory combined reporting (PA HB 1445) and a new natural gas severance tax — are both expected to die in the face of sustained Republican opposition.

Lawmakers on the Joint Finance Committee passed a $81.4 billion biennial budget out of committee last week that will now head to both houses of the Republican-controlled state legislature. Legislators hope that the budget’s funding increases on transportation and special education will stave off a veto from Governor Tony Evers (D), but the governor has expressed concern over lawmakers’ refusal to expand Medicaid and rejection of his individual tax cut plan (which is larger than the legislature’s but is paid for by eliminating business tax credits and levying new taxes on large manufacturers). Should the governor opt to veto the entirety of the bill, Assembly Speaker Robin Vos (R) has said Republicans will not reconvene until October to attempt a veto override, which would mean that, in the interim, the state spending levels would revert back to the levels established by the previous budget.