A Fond Farewell to Governing Magazine

We at MultiState sadly bid farewell to Governing magazine and its extensive presence covering the important work of state and local governments. Earlier this month, Governing’s management announced that the September 2019 edition of its print issue would be its last, with the magazine’s web presence winding down operations shortly after. Governing has been a valuable resource and a part of the fabric of our state and local government world for decades.

Just two years after MultiState opened its doors as a nationwide government relations firm dedicated to helping the private sector interface productively with state and local government, Peter Harkness and the terrific journalists working with him had the vision to launch Governing. Peter saw that state and local governments were becoming increasingly important to good governance in the United States, as they became more sophisticated, efficient, effective and forward-thinking in dealing with existing and emerging issues and challenges. With states leading the way as the “laboratories of democracy,” Governing and its hard-working journalists spent 32 years showcasing the important work of state and local governments. Governing’s reporting was fair and accurate; their analysis spread the word about best practices and acknowledged and encouraged service and leadership.

We always had great respect for the value and integrity of the people at Governing. Thus, when we wanted to put together a top-notch summit highlighting priority issues for the upcoming state legislative sessions, we asked Governing to partner with us to sponsor the first conference. A video of that event in 1994 — and a peek at MultiState’s history — is below. Thank you Governing for continuing to host that valuable forum each January for some 25 years. You taught your audiences a lot.

The shuttering of the Governing’s doors is a loss to public sector leaders for sure, but also to those in the private sector who work to improve public-private partnership and communication. We’ll miss the great daily news and commentary and the in-depth coverage of the magazine because as we all appreciate more keenly every year, state and local government is where the action is. 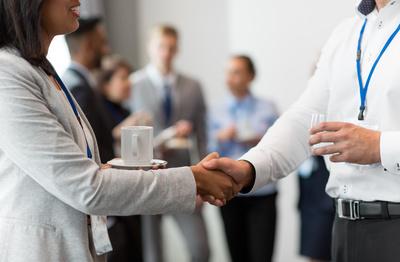