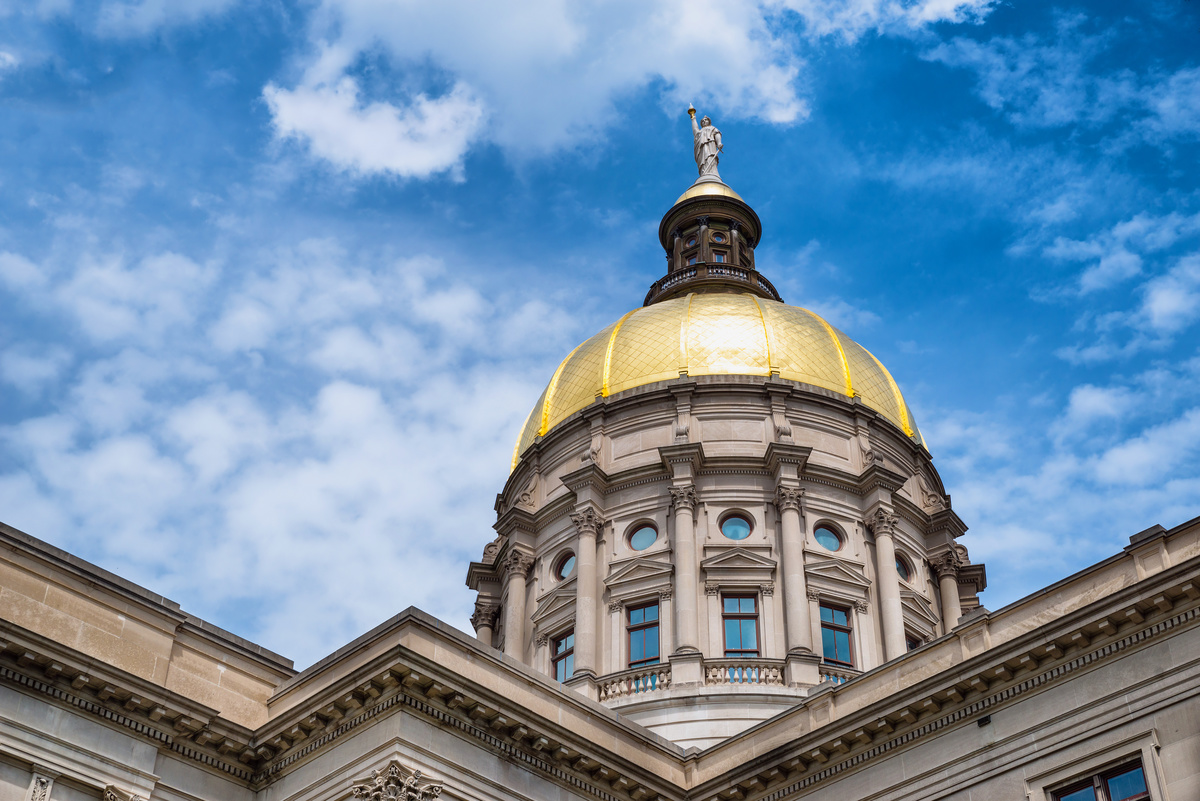 Since the killing of George Floyd on May 25, 2020, protests have sprung up across the United States demanding vast, structural reforms to the practice of law enforcement. State legislators have become engaged on this issue as well: as of June 29, lawmakers in 23 states and the District of Columbia have introduced 169 policing reform bills. After analyzing these bills, we’ve noted four main themes: accountability, training, reform of police tactics, and imposing new duties on police officers to prevent violence. Below, we review each of these themes on the police reform legislation making their way through state legislatures.

Most bills under consideration demand accountability from police officers who engage in excessive use of force. The recent rise of police officers wearing body-mounted cameras offer an opportunity to create a visual record of use-of-force incidents. Concerns have been raised after incidents which have resulted in deaths and serious injuries where police were wearing body cameras but the cameras were not activated.

Recently, lawmakers in four states (Georgia, Tennessee, New Jersey, New Mexico, and New York) have introduced legislation that would require widespread adoption of body cameras and the preservation of evidence captured by those cameras. New York recently enacted legislation (NY S.B. 8493) requiring all state police officers to wear body cameras that will record all instances of police interactions with the public, whether or not an arrest is made, and allows the New York Attorney General to investigate instances where a body camera fails to record covered events. New York legislators have also introduced bills that expand the crime of tampering with evidence to include turning off or deleting body camera footage, requiring Metropolitan Transit Authority police to wear body cameras, and requiring arrests to be voided if they are not recorded. In New Mexico, the legislature recently passed SB 8 that requires law enforcement agencies to use body cameras and state that officers who fail to comply with policies and procedures adopted to the use of body cameras will be presumed to have acted in bad faith. SB 8 is currently awaiting the Governor’s signature. Additionally, lawmakers in the Louisiana House of Representatives. recently adopted a resolution requesting the Jefferson Parish Sheriff Office to adopt policies and procedures relating to the use and retention of footage of body cameras.

Continuing on the theme of accountability, lawmakers in Massachusetts have introduced a bill (MA SD 2973) that would establish the right of individuals to record activities of police who are performing their duties in a public place. The bill echoes some of the work being done by groups like the American Civil Liberties Union which have released guidelines informing people of the rights they have when recording the police.

Current protests have highlighted another question of accountability regarding the varying requirements to become a police officer in different jurisdictions and departments; these disparities can create a wide chasm between the application and recruitment processes, and real life application of their training. There is much discussion regarding which elements need to be focused on during each step of the process.

Many bills call for specific, direct changes to hiring and oversight processes of police officers. Lawmakers in New York and Kansas have introduced legislation that would prohibit the hiring of any officer who has previously been found to have used excessive force in their official capacity. States are also seeking to develop more robust incident review processes, with several bills in Minnesota and New York that would require more extensive review.

Lawmakers in Georgia, New York, and Minnesota have introduced bills updating training standards to reduce violence between police and the communities they serve. In Georgia, legislation (GA HB 1204) would require officers to be trained on de-escalation techniques, in hopes of reducing the number of incidents that require any use of force. A bill in New York (NY AB 10610) would require that officers are trained on the effects of implicit bias, to reduce the impact of officers’ subconscious racial biases on their interactions with the public.

Another major set of bills seeks to end certain police practices. For example, legislation introduced in Georgia (GA HB 1207) and New York (NY SB 1137 and NY SB 8495) would outlaw the use of racial profiling by police.

Legislators in Georgia, Iowa, Minnesota, New Jersey, New York, and Utah have all introduced bills to reduce or eliminate the use of the chokehold as a police tactic. On June 12, 2020, Governor of Iowa Kim Reynolds signed into law IA HF 2647, which restricts the use of the chokehold only to instances in which a suspect cannot be captured by any other means and is a threat to use deadly force. The Utah bill (UT HB 5007), which the governor signed into law, prohibits chokeholds or any other method of restraint that threatens the air or blood flow of a suspect.

Finally, bills in Georgia, New York, and Minnesota would prohibit law enforcement agencies from accepting or purchasing surplus military equipment from the U.S. Department of Defense.

Several recently introduced bills in state legislatures would impose new legal duties on police officers. These duties are the duty to intervene and the duty to report. Lawmakers in Minnesota have introduced legislation (MN HF 43 and MN SF 94) that would establish a duty for police officers to intervene any time they see another officer using excessive force against a person and would impose liability on any officer that fails to intervene. Additional bills introduced in Minnesota (MN SF 138) and New York (NY AB 10597, NY AB 10630, and NY SB 8580) would establish a duty for officers to report to superiors any incident of excessive force, and establish liability for any officer that fails to do so. A bill in Hawaii (HI HB 1278) similarly requires officers to intervene if they believe that another officer is using unreasonable force, and to report any such incidents to superiors; this bill passed the Hawaii House of Representatives on June 26.

It is clear that recent police-involved deaths and the resulting nationwide protests sparked by these incidents have prompted state legislatures to reexamine police training, accountability, and general law enforcement practices and procedures. In light of the fact that many legislatures are not operating normally at this time due to COVID-19, or simply because their regular legislative sessions ended prior to the recent protests, we fully expect the bills under consideration to date are just the beginning of a larger wave of legislation coming in 2021.