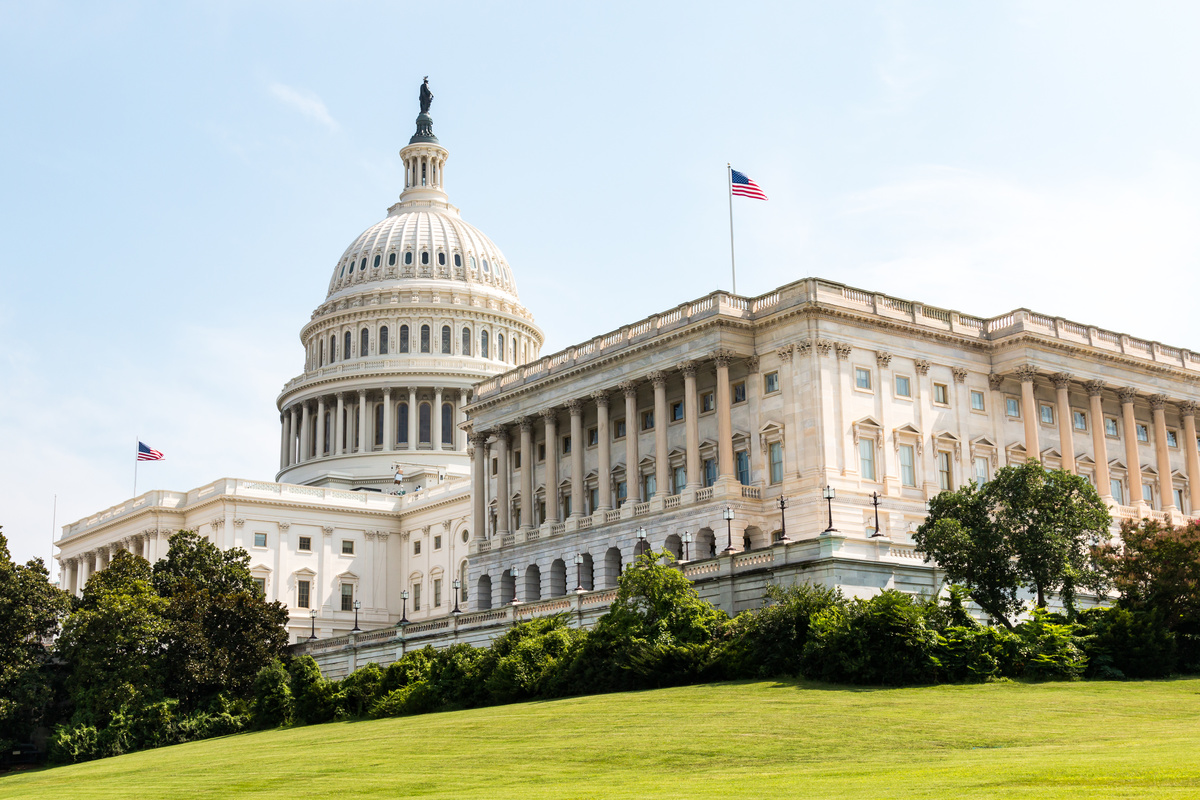 President Joe Biden has proposed a $1.9 trillion stimulus relief package, which includes $350 billion for State and Local Coronavirus Relief Funds (“CRF”). While almost all states and local governments suffered revenue losses during the initial shutdown of the economy due to the coronavirus pandemic, a number of states have rebounded and revenues are now above what was forecasted last year. However, there are still many states that are suffering revenue losses. Many economists have stated that part of the sluggish economic growth after the Great Recession was due to the sizable reductions in government services and employment made by many governors and state legislatures to balance state budgets. Some economists have advocated that the federal government needed to ensure state and local governments had sufficient financial support to avoid prolonging impacts of the Coronavirus Recession.

On February 12, the U.S. House of Representatives’ Oversight and Reform Committee marked-up its portion of the 2021 Reconciliation Act provisions, establishing the new State and Local Coronavirus Relief Funds with a total appropriation of $350 billion. Previously, in May of 2020, the federal CARES Act provided $150 billion to state and local governments. According to the provisions approved by the Committee, the CRF funds will be distributed described below.

Each state plus the District of Columbia will receive an initial $500 million (comprising the first $25.5 billion of the fund) with the remaining approximately $169 billion divided according to each state’s share of unemployed workers from the last three months of 2020. The map below shows the funding breakdown between states. 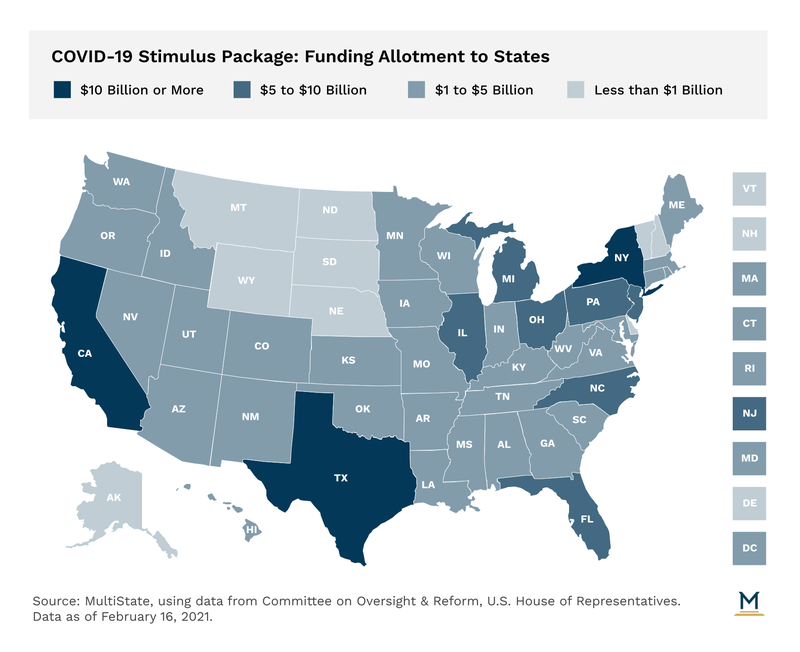 Each state will receive funds within 60 days after the Department of Treasury receives a certification from the governor or other authorized officer of the state. The certification would stipulate that the state needs federal assistance:

Local Governments Will Receive $130.2 billion, or 40 percent of the CRF

The breakdown for local governments in the CRF is as follows:

Additionally, the CRF also provides $20 billion for tribal governments and $19.5 billion for territories (however, the District of Columbia funds will come through the states’ allotment). Local governments are required to follow the same certification process as states to receive their funds. Other funds authorized in the current stimulus package for state and local governments include:

Politically, What Happens Next?

State and local funding is one of the more controversial proposals in the Biden stimulus package as most Republicans have asserted these funds are a bail-out for allegedly poorly managed states while increasing the country’s deficit. The various committees in the House of Representatives have marked-up parts of the stimulus package and they will now be brought together into the FY 2021 Reconciliation Act. Speaker Pelosi expects the bill to pass the House by the end of February and then go to the Senate where it cannot be filibustered due its consideration under reconciliation. Final action is expected no later than March 15 which is the date when the federal increased unemployment payments will cease unless renewed by Congress.