In Which Cases Will the U.S. Treasury Recoup Federal Recovery Funds Used for State Tax Reductions? 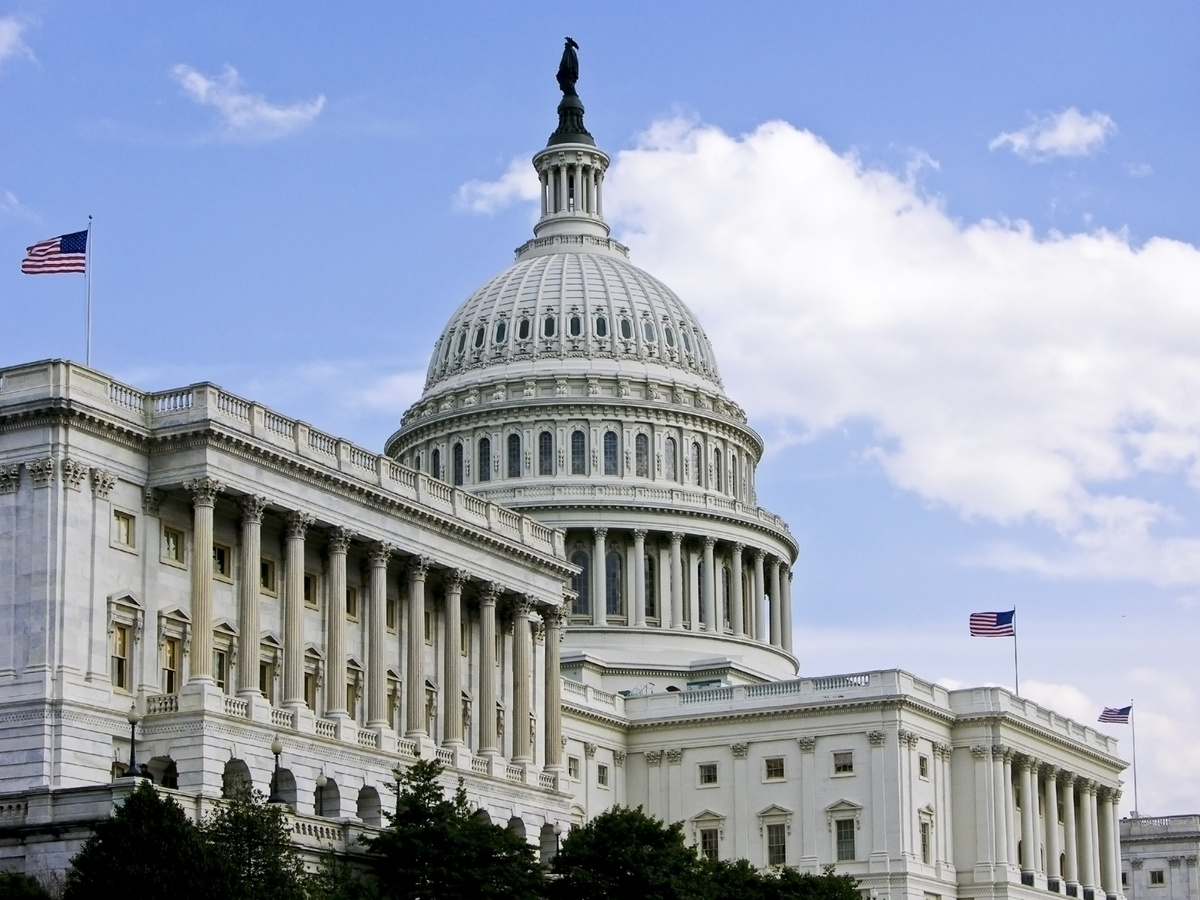 Over the past year, there has been much debate about federal aid to state and local governments. In the most recent round of stimulus funding (The American Rescue Plan Act, or ARPA), the Senate added an amendment specifying that states cannot use Recovery Funds to reduce state taxes, however, this restriction does not apply to local governments. Additionally, neither state nor local governments can use the funds for contributions to public employee pension funds.

The American Rescue Plan Act was signed into law by President Biden on March 11th. The tax cut amendment, however, caused immediate opposition from numerous state officials and tax experts. Critics argued that it is an unconstitutional commandeering of state fiscal sovereignty and a violation of the Tenth Amendment. Twenty-one state Attorneys General filed suit against this prohibition. One lawsuit, filed by the Ohio Attorney General, requested a preliminary injunction to the implementation of the Act. On May 12, a federal District Court Judge turned down the request as inappropriate at this stage but did note that the lawsuit filed by the Ohio Attorney General has merit and may succeed.

In April, the Department issued preliminary guidance on the amendment. The guidance provided that state income tax changes that simply conform with recent changes in federal law (including those to conform to the federal tax treatment of unemployment insurance benefits and Paycheck Protection Program loan forgiveness) are permissible. However, this preliminary guidance left many unanswered questions for state policymakers.

On May 10, the Treasury Department issued a 151-page Interim Final Rule to provide guidance to state and local governments on using funds from the $350 billion Coronavirus State and Local Recovery Fund as provided in ARPA. The rule does not answer all of the states’ questions, but it does lay out a framework for when and how states can reduce taxes without threat of recoupment of federal funds. The rule covers how the funds can be used, process for requesting the funds, timelines for receiving funds, required reports from state and local governments on use of funds, and restrictions on fund use.

Guidance on the Prohibition of State Tax Cuts

However, if a state implements tax reductions and the tax revenue is below the FY 2019 baseline minus the one percent de minimis, the state will need to show how the state “paid” for these reductions. States can pay for the tax reduction through three sources: organic revenue growth, offsetting tax changes that increase revenue, and/or spending cuts. However, spending cuts cannot be from an agency for which the state used Recovery Funds (a fairly broad provision).

Treasury can recoup some Recovery Funds from the state if a state shows a net reduction in tax revenue that was a result of policy changes (minus the de minimis level of 1 percent revenue change). Treasury will allow for the state to appeal the recoupment of funds to the Treasury Secretary. 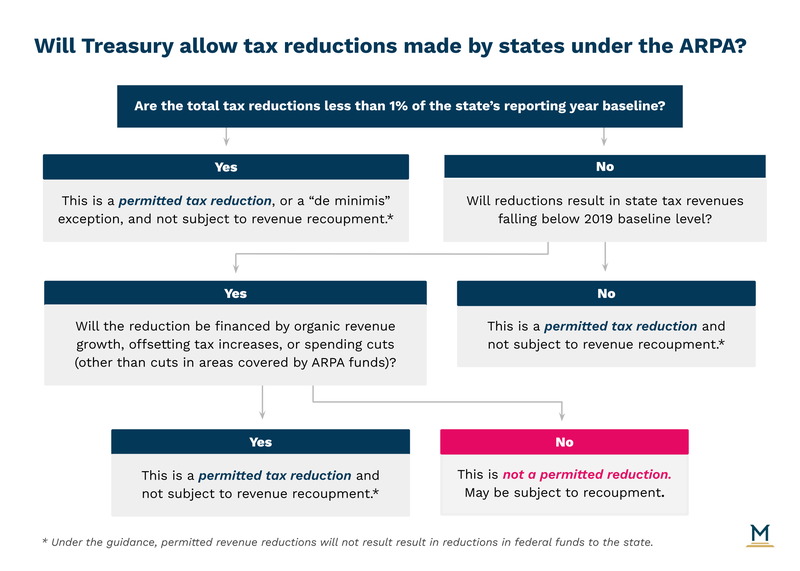 The American Rescue Plan Act requires that payments from the Recovery Fund be used “to cover costs incurred by the state or local governments by December 31, 2024.” The Final Interim Rule stipulates that the word “incurred” did not have a clear meaning and clarifies that states have until December 31, 2026 to expend the funds. States are required to provide revenue reports to the Treasury until the funds are fully expended, up to 2026. Once the state has expended all its funds, the tax reduction prohibition no longer applies.

One of the amendments passed during Senate consideration allows the Treasury Secretary to hold up to 50 percent of a state’s Recovery Fund amount for 12 months based on the unemployment rate in the state. Under the Interim Final Rule, the Treasury will split the total state funding into two equal payments for states where the unemployment rate on May 10, 2021 was less than 2.0 percentage points from its pre-pandemic levels.

The table below lists which state governments will receive split payments based on unemployment data as of May 10, 2021.

Note: This table is subject to change as the determination of withholding will be made based on state unemployment data as of the date of certification.

It’s worth noting that as the restriction on tax reduction only applies to states, local governments appear to have the ability to reduce taxes using Recovery Funds. Policymakers may see this as an opportunity to encourage localities to reduce local taxes such as residential and business property taxes.

For the time being, states will likely need to comply with the restrictions on state tax reductions in Treasury’s rule or face possible recoupment of Recovery funds. Lawsuits filed by the state Attorneys General may proceed and, should they prevail, the restriction would be lifted. Though policymakers now have a general understanding of the amendment, further Treasury guidance is likely forthcoming to clarify administrative and technical details. For now, however, states have more leeway than some originally anticipated to reduce tax revenue.

Tax policy can be one of the most challenging areas for government affairs executives. In the wake of significant changes in the economy and federal tax laws, state and local tax policy has become a top priority for large businesses and trade associations. MultiState’s team understands the issues, knows the key players, and can help you effectively navigate and engage. If you need help understanding how state tax changes will impact your organization, contact us here.