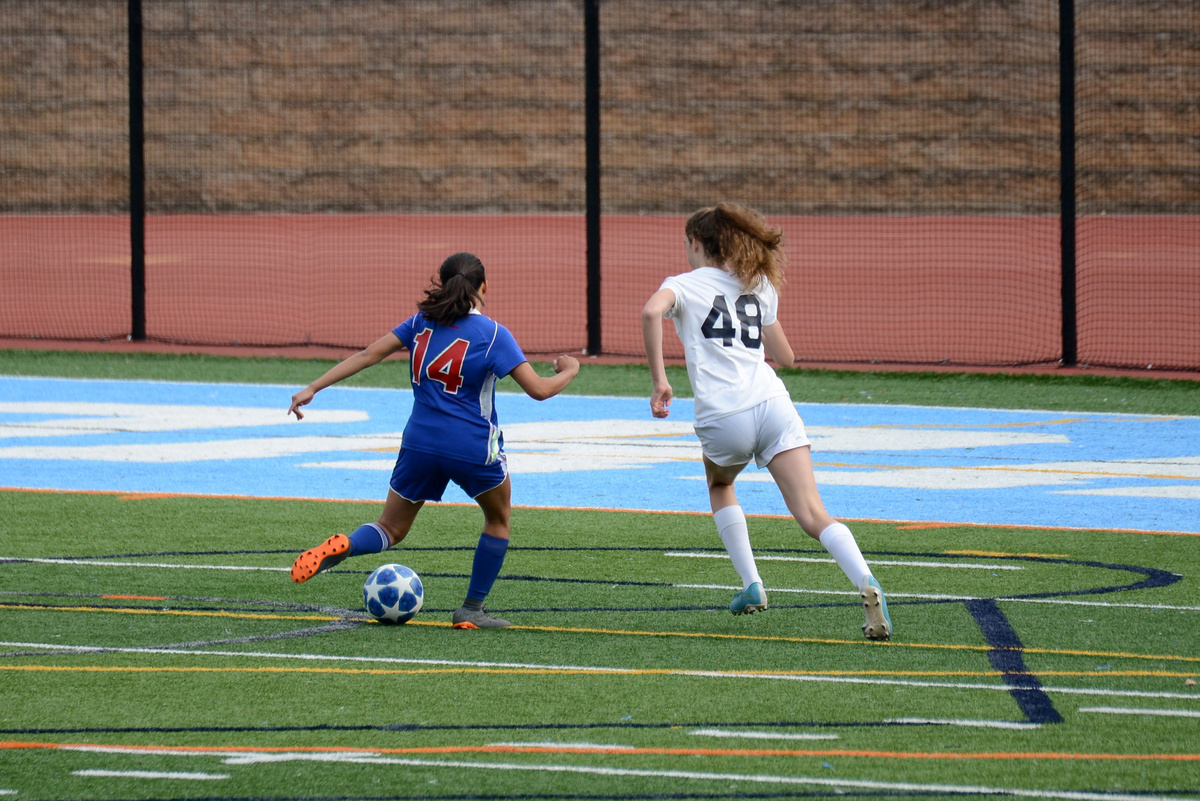 This summer, the National Collegiate Athletic Association (NCAA) put into place an interim policy that would allow student athletes to obtain compensation for the use of their name, image, and likeness (NIL). While the NCAA plans for these rules to remain in place until federal legislation or new permanent rules are adopted, many states have enacted NIL laws of their own. Some states passed NIL rules as part of a larger omnibus bill while others addressed the issue through executive orders. Currently, there are 22 states that have their own laws in effect and 7 other states with laws that go into effect between 2022 and 2025. 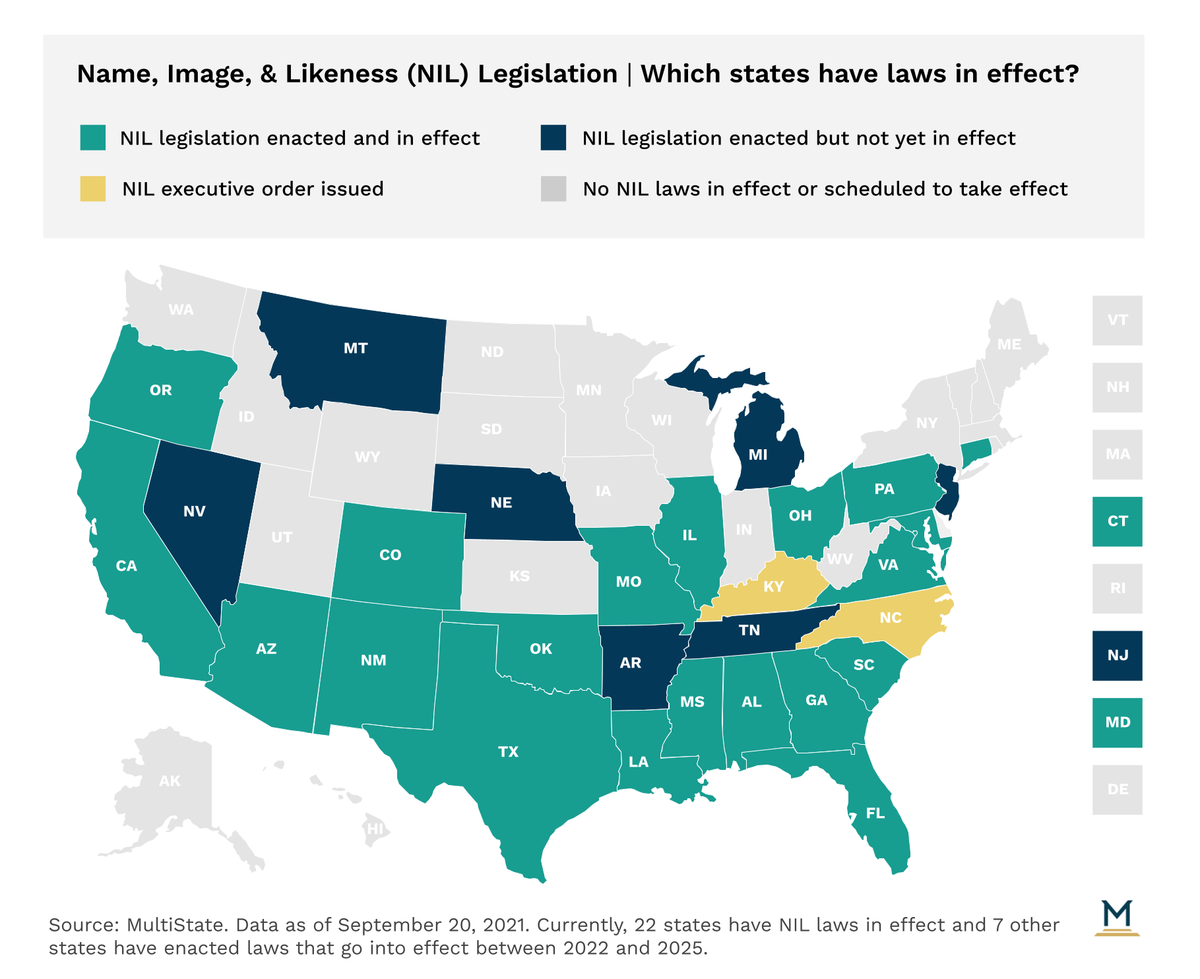 Several states’ NIL laws place varying levels of restrictions on the types of endorsement agreements student athletes may enter into. A common restriction prohibits contract lengths from extending past the time the athlete participates in collegiate athletics at a specific institution. Another common restriction prohibits endorsement contracts from being tied directly to athletic performance. Additionally, several states grant institutions the authority to place certain restrictions on student athlete contracts rather than directly imposing them. For example, allowing institutions to restrict the athlete’s use of team logos for personal name, image, and likeness activity.

Currently, 14 states have enacted laws that directly prohibit or allow schools to prohibit specific industries from contracting with student athletes. The prohibited industries range from adult entertainment to alcohol, tobacco, and firearms. Additionally, some states prohibit any industries that “negatively impact the reputation or the moral or ethical standards” of the institution from contracting with student-athletes. The current NCAA interim rules do not prohibit any industries.

In addition to industry specific restrictions on NIL endorsement deals, 23 states restrict or allow institutions to restrict agreements that directly conflict with existing endorsement contracts between third parties and the institution. To ensure student athlete endorsement contracts don’t conflict, almost every state NIL law requires athletes to disclose contracts to the school. Of the 29 states that have passed NIL rules, only Arizona and New Mexico don’t contain any disclosure requirements.

A handful of states have completely unique provisions within their newly adopted NIL rules. Florida enacted legislation (FL HB 845) to restrict state funds from being used to join or maintain membership with associations, like the NCAA, if they make decisions that result in a “negative fiscal impact” to the state in response to actions taken by the state legislature. Georgia’s law includes a provision that establishes guidelines for “pooling arrangements” in team contracts. Maryland’s legislature included a provision to establish health and safety guidelines for student athletes. Pennsylvania’s law includes a provision that requires royalty payments to be made to student athletes whose NIL was used in jersey sales, video games, or trading cards.

The Future of NIL in the States

Despite the recent NCAA interim rule changes and the possibility of a federal bill being enacted, many states are still pursuing NIL rules of their own. Iowa, Kansas, Massachusetts, Minnesota, New York, and West Virginia all have active bills that can be voted on next session. Additionally, legislative groups, like the Uniform Law Commission, have been moving forward with their own Uniform College Athlete Name, Image or Likeness Act that could be a model for states that have yet to enact a NIL law, and the National Conference of State Legislatures is considering a policy generally supportive of the concept of NIL.