The Courts Take Up Redistricting

Every ten years, states must redraw the district lines for congressional and state legislative seats with long-term political consequences at stake. Traditionally, state legislatures maintain a majority of control over redistricting with input or veto power from the governor. However, over the last two redistricting cycles a trend has emerged that places the power to redraw district lines in the hands of an independent or bipartisan commission. 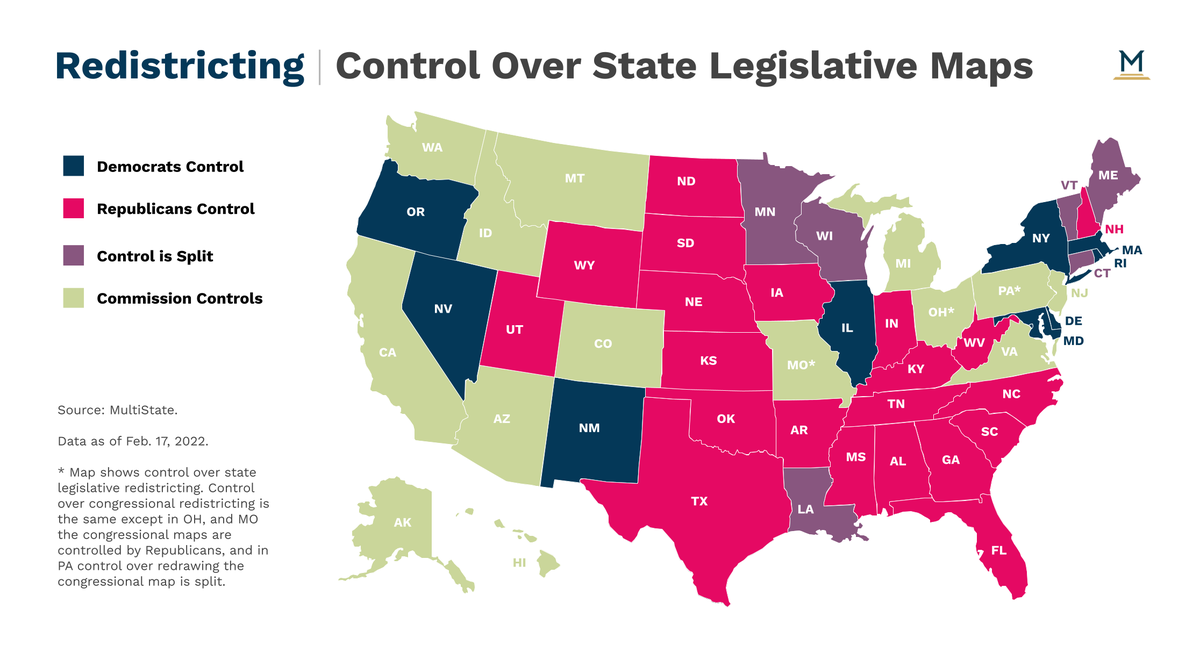 But whether lawmakers or commissions have initial control over drawing the new maps, the judicial branch will have the final say on the subject in most states. The courts get involved primarily in two ways: (1) they may draw maps directly in cases where the legislature or commissions are unable to come to a final agreement and (2) courts will decide whether the maps created under the political system are constitutional or violate other state or federal laws. Let’s take a look at how this has played out so far through the 2020s redistricting process. 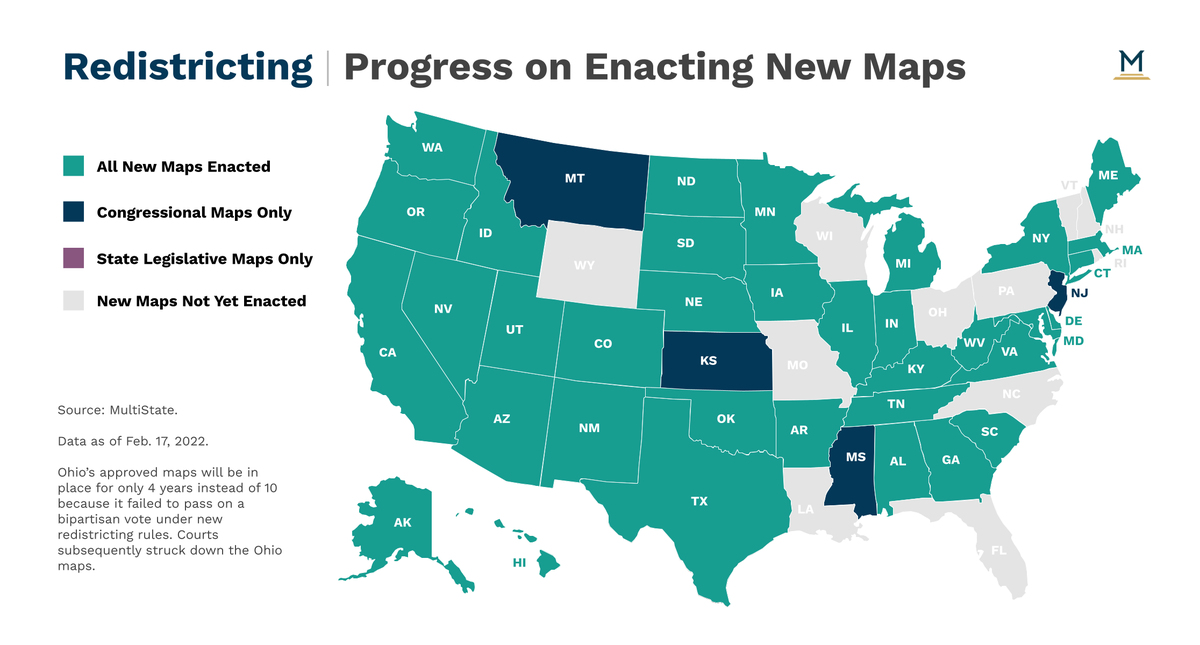 In states where there’s a split in political power, either through legislative chambers controlled by different political parties or a legislature of one political party and a governor of another political party, a disagreement over redistricting plans could force the political process to fail and a need to punt the responsibility of redrawing district lines to the judicial branch.

In each of these cases, when the political process failed to enact a set of redistricting maps, the courts stepped in the draw the maps directly. The courts in these cases were used as backups in case the political process broke down. And in each of these states, where agreement between the two political parties was required to complete the redistricting process, at least one party decided it was better off rolling the dice with a court-drawn map instead of compromising with their political opponents.

The other avenue for courts to become directly involved with the redistricting process in a state is a challenge to the enacted maps’ constitutionality. The U.S. Supreme Court has shown reluctance to interfere with state redistricting, as showcased in a recent decision to reinstate maps enacted in Alabama that a federal appeals court had ruled invalid for violation of the federal Voting Rights Act. But if maps are challenged under state law or the state constitution, the ultimate say on the validity of the map-making process is up to the highest court in the state. The supreme courts in Ohio and North Carolina have rejected the maps drawn in those states and have ordered the state to redraw the district lines.

In North Carolina, the Republican majority in the state legislature enacted new maps in November. The redistricting process in North Carolina bypasses the governor’s office, so Democratic Governor Cooper had no input into the new maps. However, earlier this month, the North Carolina Supreme Court invalidated the maps for violating several provisions of the state constitution, including the right to free elections, freedom of speech, and equal protection. The court found that “achieving partisan advantage incommensurate with a political party's level of statewide voter support is neither a compelling nor a legitimate governmental interest." Lawmakers have until Feb. 18, 2022, to enact new maps.

Just the Beginning of Legal Challenges

Decisions invalidating maps in Ohio and North Carolina may be only the beginning. There are already dozens of legal challenges for the maps enacted and more challenges waiting for the states that are still finalizing maps. These lawsuits will need to work themselves through the legal process, where judges could put new maps on hold, ask states to redraw maps, or take the reins themselves and create judge-drawn maps. The last redistricting cycle saw lawsuits over maps drawn in 2011 active until the 2020 election.