Most recently, the Ohio Elections Commission approved two advisory opinions (1 and 2) to permit in-kind Bitcoin contributions and to permit election committees to utilize peer-to-peer payment apps (e.g., Venmo) accounts in the state. The actions in Ohio come as a school board candidate in suburban Cincinnati accepted donations through the Venmo app in the November 2021 elections, in potential violation of state campaign finance laws. The United States currently has a patchwork of laws governing the use of cryptocurrencies and payment apps in campaign finance. The Federal Elections Commission led the way in authorizing the use of cryptocurrencies in 2014 and more states have begun to follow suit. Currently, here’s where states stand on accepting cryptocurrency donations for a political campaign. 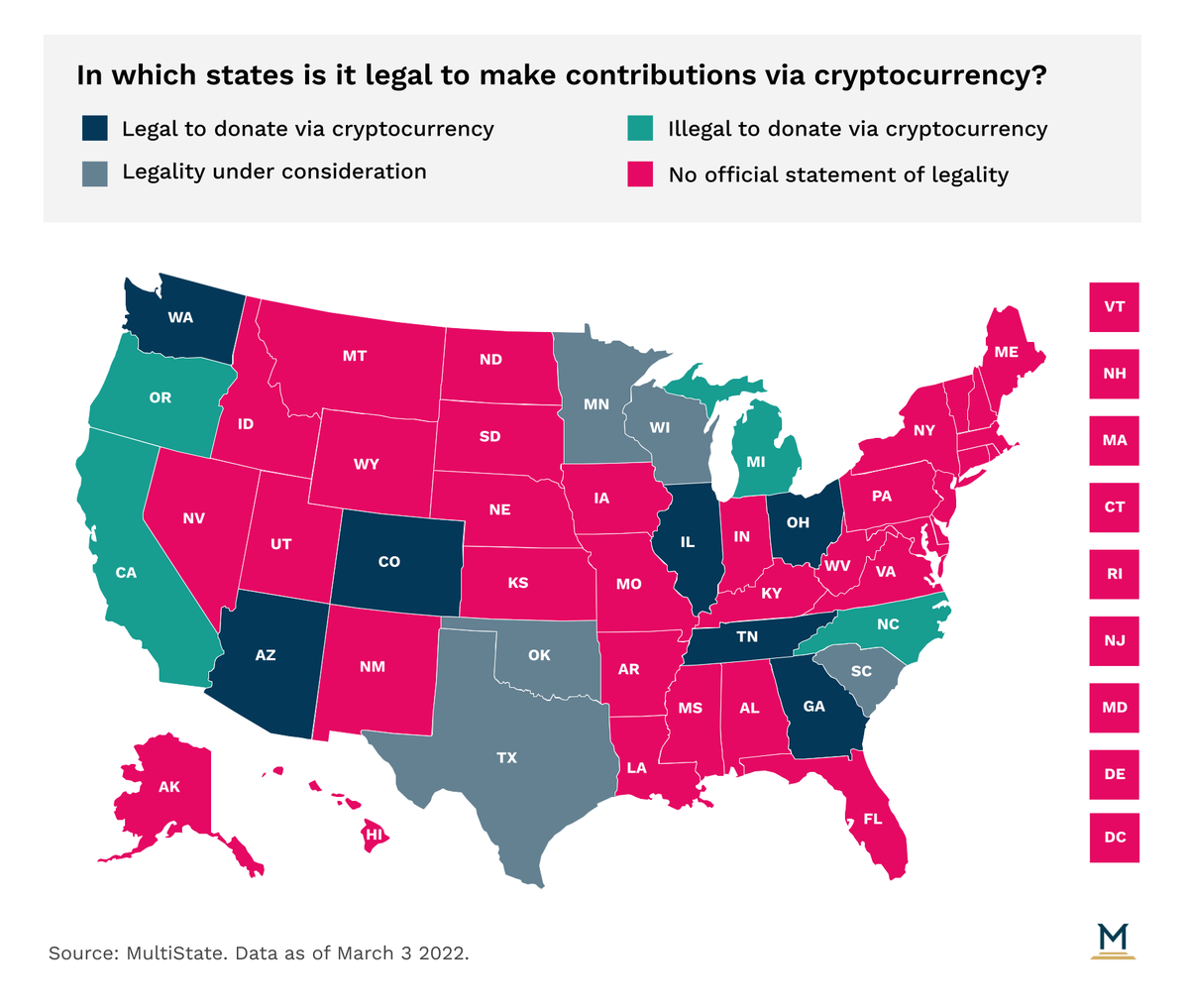 Below is a table denoting the states with permitted cryptocurrency donations. Reviewing state legislation, regulation, and advisory opinions from 2021 and previous years, it’s evident that many states are focusing on adopting legislative and regulatory frameworks for accommodating cryptocurrencies in their jurisdictions (e.g., taxation, permitting agencies to accept cryptocurrency as payment). As these states establish frameworks and as more donors contribute cryptocurrency to candidates, we expect states to turn their focus to regulating how political campaigns interact with this novel type of donation.

Are you a political candidate or running a political committee? We can help. Don’t miss critical deadlines or accept illegal contributions — reach out to our team with questions.