In May 2022, cases of monkeypox began to be reported in the United States. According to the CDC, monkeypox is a viral disease that is spread through skin to skin contact. Symptoms include a rash that includes pimples or blisters, fever, headache, muscle aches, chills, and exhaustion.

At first, monkeypox cases in the United States appeared to be isolated. However, since it was first detected monkeypox has begun to spread rapidly with 48 states reporting cases so far. With the increase in cases, states and localities have begun to declare states of emergency to expand resources and enhance coordination efforts with state agencies as they respond to the monkeypox outbreak. Additionally, on August 4, 2022, The Biden administration declared monkeypox a public health emergency.

Unlike Covid-19, a vaccine for monkeypox has previously been developed and is already available. The Biden Administration has distributed monkeypox vaccines to the states who are prioritizing vaccinating vulnerable individuals. While monkeypox can be contracted by anyone, this current outbreak has been reported to have had a significant impact on men in the LGBT community. 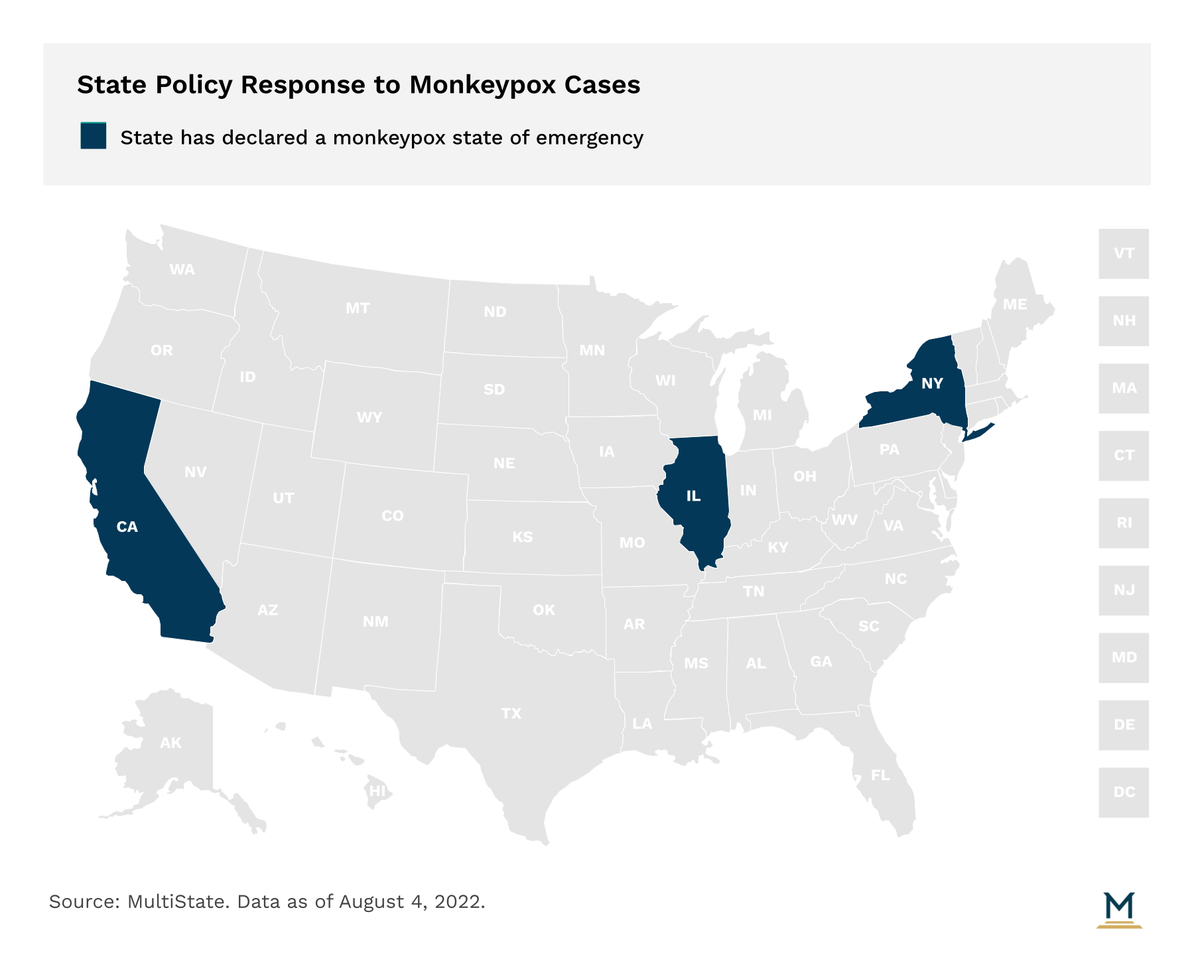 While only three states have issued monkeypox states of emergency so far, monkeypox cases continue to rise in the majority of states. Nine states and the District of Columbia have more than 100 reported cases of monkeypox but have not issued a state of emergency, despite public health officials in those states raising  the alarm about the rise in cases. However, some governors, such as Florida Governor Ron DeSantis, have stated that they do not intend to declare a state of emergency, despite the rise in cases, citing concerns over potential abuse of power and loss of freedom. 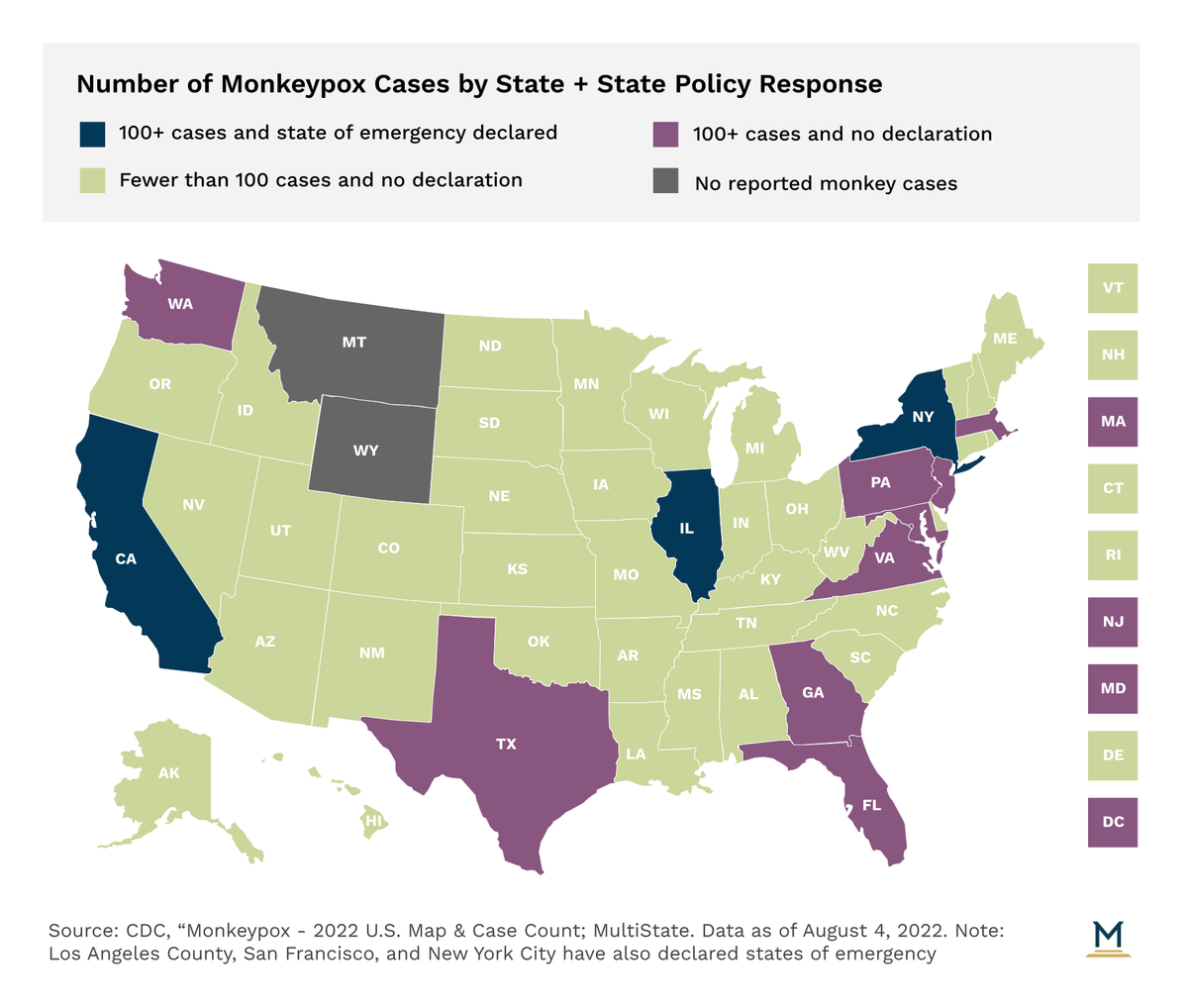