With 45 state legislatures back in session, many lawmakers fresh off wins last November are eager to put their stamp on public policy. Recent sessions have seen more proposals to regulate data privacy, and that trend should continue this year. Here is what to expect with privacy legislation in 2023.

Congress fell short of passing a federal comprehensive privacy law last year, in part because California House members objected to federal preemption of their state law. House Republicans have made children's privacy part of their Commitment to America, but it remains to be seen how much can get done within a divided Congress. Without federal action, states will again fill the vacuum, and we have already seen a few states introduce legislation that grants certain rights to consumers over the personal information collected from them.

Most of these bills avoid a private right of action, after similar provisions derailed legislation in Florida, Oklahoma, and Washington in recent sessions. But bills in Massachusetts, New York, and Oregon grant consumers a right to sue, so we could see our first privacy law with a private right of action if any of those bills make headway this session. 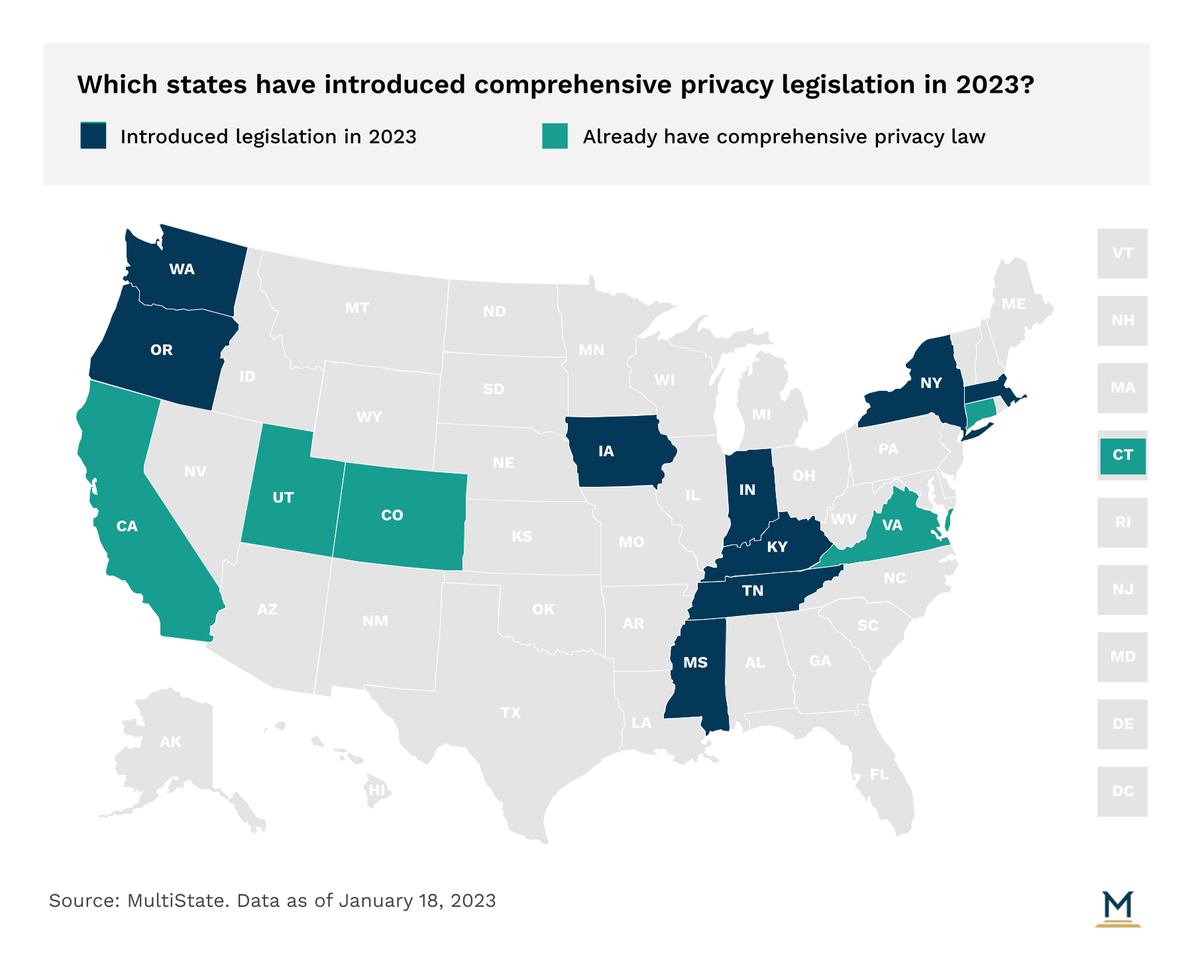 Even if there is disagreement on how to proceed with privacy laws in general, there is momentum growing to at least do more to protect children's online privacy. Connecticut, New Jersey, Oregon, South Carolina, and Virginia have all introduced bills that would restrict the collection of information from children. Bills in Minnesota and New Hampshire would create a "parental bill of rights" requiring parental consent before a biometric scan of a child or a record of the child's blood or DNA is created, shared, or stored.

There has also been a trend of legislation giving parents more tools to filter access to the internet for their children. Lawmakers in Arkansas, Iowa, Mississippi, Missouri, Montana, New York, Oregon, South Carolina, Tennessee, Texas, and West Virginia have all filed legislation for this session that would require age authentication to access certain websites or require certain parental filters.

In the wake of the Dobbs Supreme Court decision, many Democratic lawmakers vowed to introduce privacy legislation to protect women seeking an abortion in their state. One example early in this session is Washington HB 1155 known as the "My Health My Data Act," filed in conjunction with the state attorney general's office. The bill would require businesses to have a consumer health data privacy policy with certain disclosures, prohibit collecting or sharing consumer health data without consent, and prohibit implementing a "geofence" to identify, track, or collect data from a consumer that enters a virtual perimeter.

Several bills passed in previous sessions go into effect this year, bringing the number of states with comprehensive privacy laws up to five.

Lawmakers could try to tweak some of these laws as issues arise upon implementation. The Connecticut Task Force is also expected to present policy recommendations early this year that could result in legislation. California lawmakers may also wish to extend the exemptions in privacy law for data collected from business-to-business transactions, and data collected on employees that expired on January 1.

Privacy legislation such as this has broad implications for businesses, and tracking this legislation as it moves through state legislatures should be a priority. If your organization needs assistance tracking privacy legislation, or understanding how bills such as these impact operations, schedule time to talk with one of our experts.