Since joining MultiState in 2005, Jeff Hartgen has been an integral part of MultiState's success. He is involved in all aspects of MultiState's day-to-day operations as well as business development, including spearheading the creation of the firm's Lobbying Compliance Service, helping clients meet the ever-changing compliance requirements government relations professionals face. Since 2015, Jeff has served on MultiState’s Board of Directors, becoming Chairman in 2022. One of the things Jeff enjoys most is working with clients to understand how elected officials may innovate in the policy space, whether that is for a client in the pharmaceutical, technology, health care, manufacturing or education industries. He also enjoys working with MultiState’s ever-growing lobbyist network, with professionals in every single state capital, numerous localities, and occasionally in Canada. Jeff joined MultiState as a vice president, after almost five years with the global consulting company, Accenture, where he served first as a business development director for Accenture's Michigan government practice. He then led Accenture’s national state and local government relations efforts. In that capacity, Jeff managed lobbyists in 27 states and localities and represented Accenture before national trade associations. Prior to Accenture, Jeff served in a variety of capacities in Michigan state government, including deputy chief of staff to the lieutenant governor, legislative liaison to the Department of Management and Budget, district and external affairs director for the senate majority leader, and policy advisor to the senate majority leader. He also served as a staff assistant to the U.S. Senate Republican Policy Committee in Washington, DC. Jeff earned his undergraduate degree with a double major in political science and history from the University of Michigan and a Master of Arts in history from the George Washington University. Jeff is a former president of the Washington Area State Relations Group (WASRG), has served on the State and Local Government Relations Committee at the Public Affairs Council (PAC) and was a Board Member of the State Government Affairs Council (SGAC) from 2017 to 2021, where he earned his SGAC Professional and Advanced Certificates (Gold Level). He has also served as a guest lecturer for the George Washington University's Graduate School of Political Management. Jeff grew up in suburban Chicago and recalls at a young age watching the news about “Chicago vs. Downstate” and how a snowstorm could make or break a mayor.
01 / 01

State Revolving Doors: Where They Exist and What They Might Mean 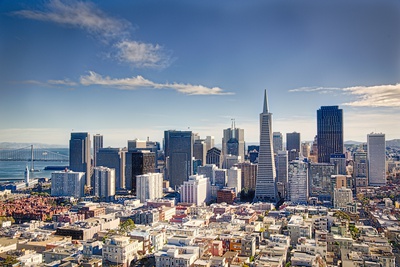 Gift Season is Upon Us, But It's a Year-Round Concern