With the excitement surrounding the prospect of federal tax reform, plus more than half of the states facing revenue shortfalls, we expect tax policy to be one of the most prevalent issues at the state legislative level in 2017. Below, we've identified the key tax issues we anticipate seeing this year.

UPDATED: The latest legislative update on nexus is available here and background on current law can be found here.

One of the biggest state tax trends we saw last year was legislation aiming to ensure that as many sellers as possible comply with sales tax laws (particularly remote — or online — sellers). Because Congress has failed to act to resolve this issue, states have pushed forward on their own. One strategy they've pursued is passing legislation with the intent of putting the question directly to the U.S. Supreme Court (with the hopes of the Court overturning Quill).

Overall, we saw 42 bills introduced in 16 states last year, with five bills ultimately enacted (Alabama, Louisiana, Oklahoma, South Dakota, and Vermont). States used a variety of approaches to achieve enhanced compliance. The first was legislation changing nexus requirements. These types of bills took several forms—some states created affiliate or economic nexus requirements, while others imposed requirements on marketplace providers of required referral registration. The second approach was legislation imposing reporting or notification requirements. The third “approach” is less of an approach and more of a catch-all category for those states that didn’t pursue the first two strategies (for example, legislation preparing for federal action or legislation to study the topic further).

2017 will be no different—eight states have introduced 11 nexus bills so far (Indiana, Minnesota, Mississippi, Nebraska, South Carolina, Virginia, Washington, and Wyoming). The Wyoming bill, which is patterned after last year's South Dakota legislation, already passed the first chamber and will now move on to the state senate.

Efforts to impose sales taxes on services (TOS) proposals have become increasingly common in state legislatures across the country over the last few years, and 2017 will be no exception. This prediction is driven by four factors: There were 30 bills in 19 states dealing with TOS last year. Several bills sought to impose the so-called “fair tax,” which seeks generally to replace state income taxes with a broader consumption tax. Other bills aimed to expand the sales tax base to either services generally or a specified list. Finally, a few bills sought to convene a panel of experts to study the issue further. None of these bills were ultimately enacted.

Revenue shortfalls will drive TOS legislation again in 2017. We've already seen a handful of bills introduced, including a study bill in Indiana, two different general service taxation bills in Nebraska, and a fair tax bill in South Carolina. It bears noting, however, that despite the prevalence of these proposals, no state has broadly imposed sales TOS (and kept them for more than a few months) for many decades.

The proliferation of online lodging marketplaces, combined with state revenue trouble, leads us to believe that taxing non-traditional short-term rentals will be a ubiquitous issue in state legislatures this year.

As we noted last month,


State and local governments impose varying taxes on short-term lodging rentals, and oftentimes taxes on rentals booked via an online marketplace aren’t collected as legally required. This creates a tax disparity between traditional and non-traditional lodging accommodations. Unfortunately, it would be burdensome for a property owner who occasionally rents a room to register, collect, and remit taxes, so compliance is and will continue to be low without appropriate changes.

Fortunately, the expansion of online lodging marketplaces provides a built-in solution that eases burdens on property owners and supports compliance with tax laws in a simple and efficient way. The solution is to clarify that online lodging marketplaces are responsible for collecting and remitting applicable taxes on short-term rentals facilitated through those marketplaces. These marketplaces have all of the information needed to ensure tax compliance at the ready, and the marketplaces also facilitate the transfer of funds from the renter to the owner. This solution meets standard principles of taxation, such as simplicity, neutrality, and transparency. A distinction should be made between online marketplaces that act as a financial intermediary and those that do not. Tax collection and remittance is feasible for the former, but may not for the latter.

According to our tracking of last year's legislation, of the 83 bills dealing in some way with short-term rentals, 47 of these (in 20 states) included some sort of tax provision. Ultimately, five states enacted seven tax-related bills, though the states will likely work further on many of these bills in 2017. Some of the enacted bills changed definitions of existing hotel and transient occupancy tax laws to include lodging booked via an online marketplace, while others created study committees to examine the issue further. Indiana, Maryland, and Oregon have already introduced bills on this topic in 2017.


Scaling Back and Phasing Out Tangible Personal Property Taxes

Tangible personal property (TPP) taxes are levied on movable property (as opposed to real property, such as land and buildings). The name itself is misleading because most TPP taxes aren't “personal,” but are instead primarily levied on business and commercial TPP due to widespread exemptions for household TPP. In some states, these taxes are referred to as “inventory taxes” because the tax is levied on business inventory. In most states, however, inventory is exempted (it is only taxable in 11 states, according to Commerce Clearing House).


Taxes on business personal property do not align with common principles of taxation (such as neutrality, efficiency, transparency, benefit, or ability-to-pay); distort markets by discouraging capital investment, expansion, and replacement; and impose high administrative and compliance costs. Since property taxes are primarily a local revenue source, the current business personal property tax system is characterized by inconsistency within states regarding property classification, assessment methods and ratios, and other rules, creating complexity and confusion for taxpayers.

Recognizing the economically detrimental nature of personal property taxes, most states have enacted provisions limiting their scope or simplifying administration, and several have eliminated them altogether.

Thirteen states considered bills to limit or eliminate TPP taxation last year, and that momentum has continued in 2017. As of mid-January, we've already seen nine bills introduced in seven states (Colorado, Connecticut, Indiana, Missouri, Nebraska, South Carolina, and Texas). Most of these bills expand existing TPP tax exemptions, exclusions, or credits, which would whittle down the tax base (Colorado, Indiana, Nebraska, and South Carolina), while a few phase out the tax over a number of years (Connecticut and Texas), and one eliminates the tax altogether (Missouri).

Last year, 24 bills related to mandatory unitary combined reporting (MUCR) were introduced in 12 states. These proposals often—but not always— have a partisan flavor, with Democratic legislators sometimes arguing that combined reporting makes the corporate income tax fairer. On the other hand, when Republican legislators propose such bills, they are often associated with tax rate reductions, but these proposals generally fail due to business community opposition to this complicated tax regime and uncertain revenue estimates.

Of the 24 bills, most sought to adopt MUCR. A few in Connecticut attempted to repeal the recently adopted MUCR law. Others fiddled with definitions of existing combined reporting rules. Only one of these introduced bills introduced was ultimately enacted, but it was stripped of most of its weight prior to passage--legislation in Indiana began as a MUCR bill but was later turned into a bill dictating that the legislature study the topic. Ultimately, the report from the study did not support further pursuit of the issue this session.

Because 31 states are experiencing revenue shortfalls this year, we expect combined reporting legislation to be prevalent. However, because it frequently has partisan overtones, Democrats are at historic lows in legislative control, and it has not been proved to be a significant revenue generator, we are skeptical that any new states will adopt the tax scheme this year. As of mid-January, we count seven bills related to combined reporting in six states (Connecticut, Missouri, Montana, New Mexico, Oregon, and Virginia, in addition to five New Jersey carryover bills), and expect additional proposals as more states move further into their legislative sessions.

Tax haven legislation picked up steam in states after receiving attention at the federal level. These bills are intertwined with MUCR, expanding the “water's edge group,” which defines the scope of the unitary group of related corporations subject to combination for apportioning income for tax purposes. These bills, like MUCR, are far more popular with Democrats than Republicans, with liberal-leaning organizations supporting the proposal in an effort to curtail alleged shifting of domestic profits offshore. According to the Council on State Taxation (COST), “[A]t its core, state tax haven legislation seeks to expand the scope of state taxation to encompass income earned by foreign subsidiaries in countries that a state defines as tax haven jurisdictions.”

Last year, we saw 15 tax haven bills in 11 states, but none of them were enacted. COST research finds that,


“1) there is no clear evidence that profit shifting to tax havens is eroding the state corporate tax base; 2) state tax haven blacklists are arbitrary and unmanageable; and 3) states adopting tax haven legislation risk losing investments and jobs, and face constitutional challenges.”

Despite this, we still expect to see a few tax haven bills in 2017.

We've mentioned this several times before, but it's worth repeating: Revenue shortfalls will drive a big part of what happens in state tax policy this year. In addition to the specific items mentioned above, these shortfalls will also likely induce states to consider broad proposals to increase rates and/or broaden their tax bases as a way to bring in additional funds.

Related to this, many states will likely consider legislation to review and change tax incentive programs (often referred to as tax expenditure review legislation). Last year, bills that require the state to periodically review tax incentives were introduced in 20 states, and four states ultimately enacted six of those bills (Alabama, Hawaii, Maryland, and Nebraska).

Last week, NCSL approved language providing guidelines for lawmakers when drafting tax expenditure reports and reviewing existing tax expenditures (see that here). Over the longer term, we expect this guidance to result in more sophisticated tax expenditure results that better distinguish between true “expenditures” and “normal” elements of the tax base (e.g., sales tax exemptions for manufacturing machinery and equipment and the net operating loss deduction under the corporate income tax).

There's been a lot of talk in the nation's capital about the prospects of federal tax reform in 2017. Actions at the federal level could have big implications for state and local tax codes, too. For example, if there are major changes to the federal corporate income tax code, states would have to decide whether or not to couple their tax systems with the new federal code. If certain federal deductions or credits are eliminated or changed, it could also impact state personal income tax bases. If price levels change and result in changes to consumption patterns, it could affect sales tax revenues, too.

While it's all speculation at this point, if any reform occurs at the congressional level, there will surely be a flurry of state activity in the aftermath. 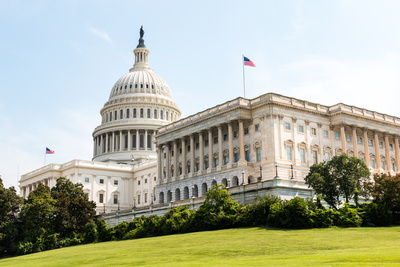