Which States Are Currently Undertaking Studies of their Tax Codes?

Home
/
Insider
/
•••
Share
Several times each year, we put together a list of the states that are (or were recently) engaged in a review or study of their tax code. While these bodies go by different names—sometimes they're referred to as a “tax study committee” or a “commission,” or even a “task force” or “working group”—their aim is often the same: to review the way in which the state raises revenue, and to provide recommendations on how these mechanisms should be changed. As a result, these bodies often provide an opportunity for taxpayers to offer input on what's working in a state tax code and what could be improved.

We included a state if policymakers are taking a comprehensive look at the structure of their state's tax code as a whole in order to provide recommendations for reform (perhaps via a one-time special commission or via a standing interim legislative committee). We also included states where lawmakers were completing a study of the structure of one of the state's major revenue sources (such as property, income, or sales tax).

Here's the current state-by-state breakdown (note that a few states fall in multiple categories so numbers do not sum to 50):
The map below shows which states are currently undertaking a tax study. Detailed information on each of these is included below the map. Did we miss a state? If so, please let us know! 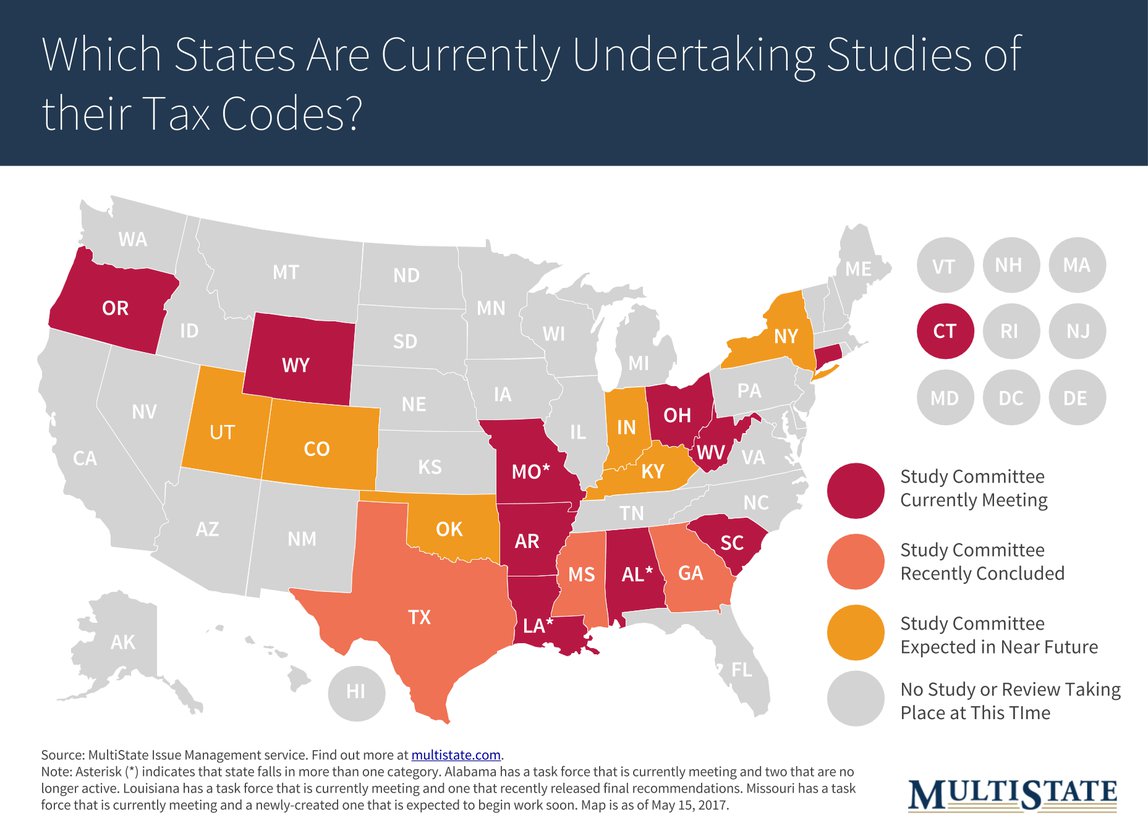 Task Force on Structural Changes in Budget and Tax Policy

Study to be conducted by Indiana Legislative Services

New York City Tax Reform Study Commission (Real Property Tax)
Note: While this is not a state tax, we decided to include this Commission since the NYC property tax impacts many businesses operating in the state.

Task Force for the Study of the Oklahoma Tax Code

No formal name at this time.

If we missed a formal tax study/review committee or commission in one of these states, please let us know.