Washington's program is scheduled to fully launch in 2020, and will apply to all employers in the state with more than 50 employees and that do not already offer equivalent benefits. The law requires both employers and employees to pay into an insurance system at premiums of 0.4 percent of wages (employers would pay a 37-percent share and employees 63 percent). Employers and employees will begin paying premiums on wages in 2019 before the benefits kick in on January 1, 2020.

The program will provide 12 weeks for paid family leave (e.g., caring for a newborn or sick family member), 12 weeks of paid medical leave (e.g., when an employee or family member suffers from a serious medical condition), or 16 weeks of combined leave (allowing an additional two weeks for serious health complications from pregnancy). Washington state's twelve weeks of paid leave matches the maximum leave duration that New York's program is scheduled to provide in 2021 and at least double the duration of current programs in California, New Jersey, and Rhode Island.

According to the Associated Press, “weekly benefits are calculated based on a percentage of the employee’s wages and the state’s weekly average wage — which is currently $1,082 — though the weekly amount paid out would be capped at $1,000 a week. Workers who earn less than the state average would get 90 percent of their income.”

Paid family and medical leave continues to be a popular issue in the states. We've tracked nearly 50 state-level bills on the subject during the 2017 legislative sessions. 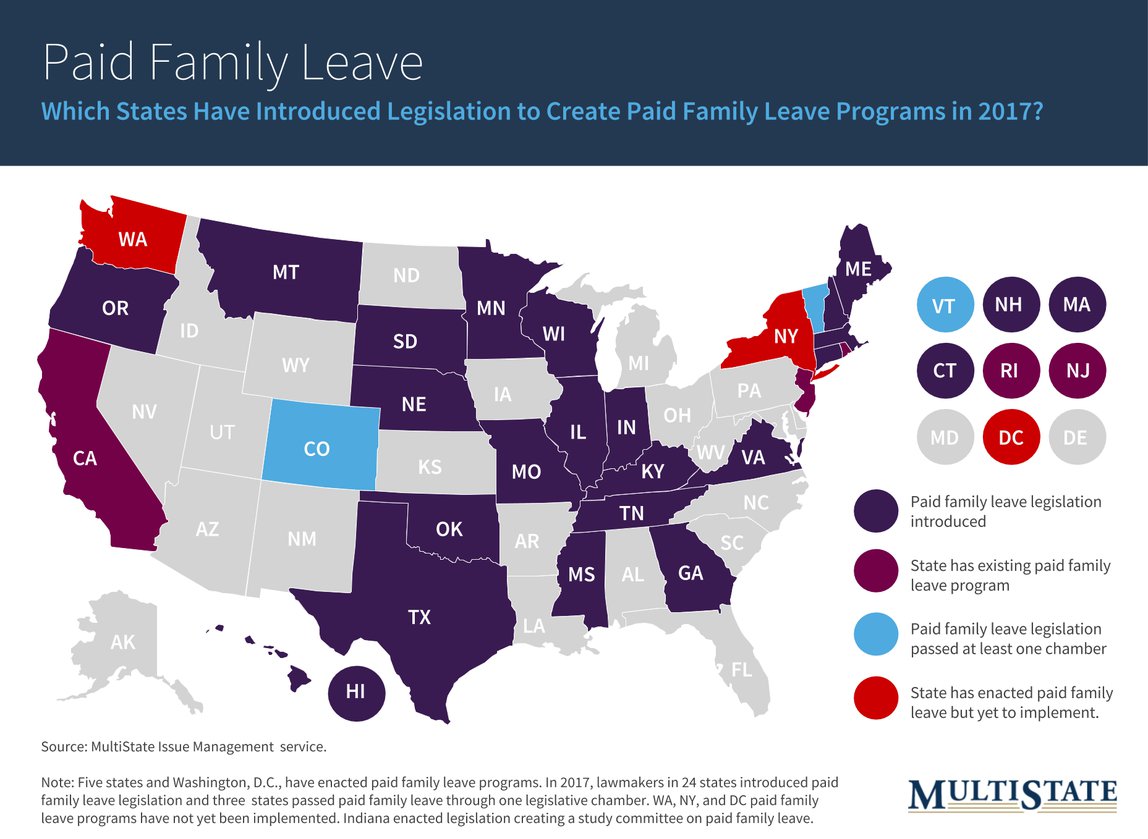 Under federal law, the Family and Medical Leave Act of 1993 (FMLA) applies to employers with 50 or more employees and provides up to 12 weeks of unpaid leave during a 12-month period to care for a family member, newborn, or adopted or foster child, or to attend to an employee’s own serious medical health condition. States will continue to explore how to expand the FMLA to mandate guaranteed paid leave for employees to address family or medical issues.