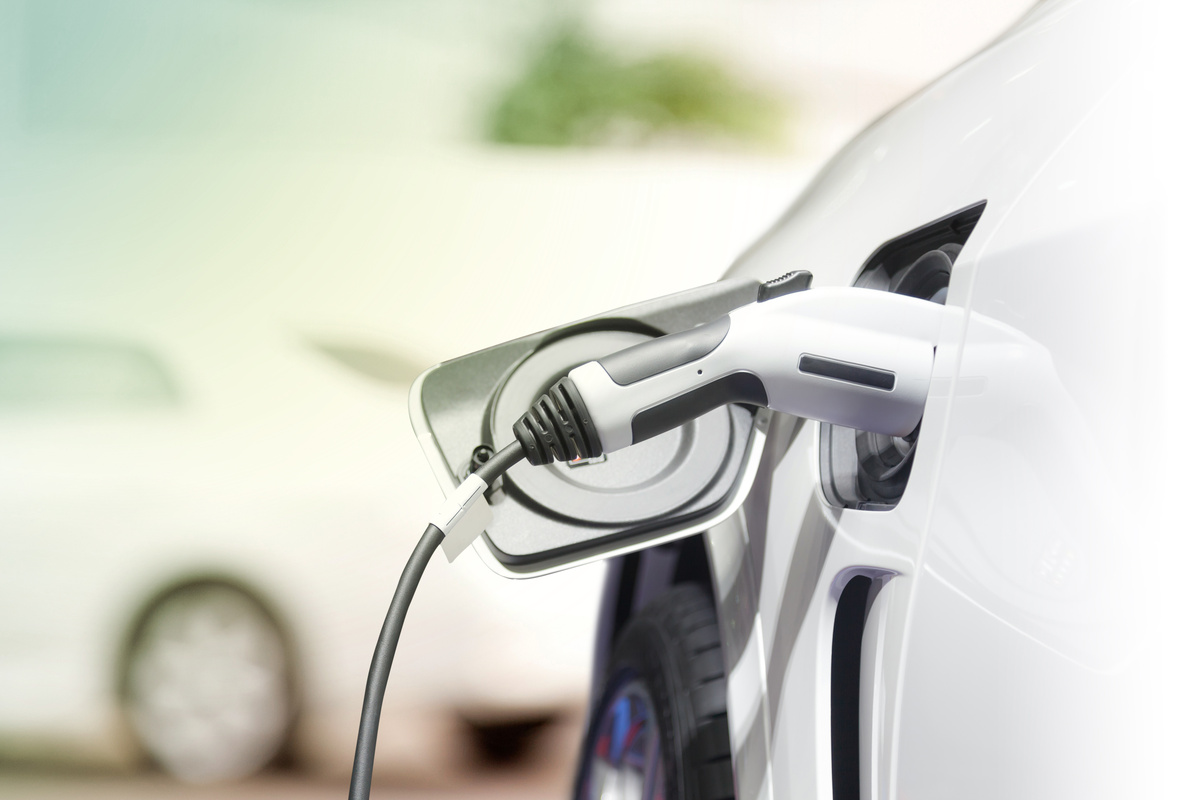 States are still struggling to scrounge up the money to fully fund transportation infrastructure investment, which is why 22 states have raised state fuel taxes since 2012. But most transportation policy experts and state lawmakers say that relying on gas tax revenues to fund infrastructure is not a long-term solution. Although gas taxes were once a reliable, efficient revenue source, they've stagnated and lost much of their effectiveness over the past few decades.

Today, fixed per-gallon gas tax rates in most states are not indexed to inflation, and despite a recent uptick, states are still reluctant to raise unpopular gas taxes to full-funding levels (Congress hasn't raised the federal gas tax for nearly 25 years. With inflation deteriorating the purchasing power of gas tax revenues each year, other factors contributing to the gas tax's growing ineffectiveness include more fuel-efficient vehicles, thanks to federal Corporate Average Fuel Economy (CAFE) standards, and consumer demand for fuel efficiency putting pressure on manufacturers. Finally, although electric and hybrid cars still make up a small fraction of overall vehicles, they're growing in popularity. These vehicles pay little, if any, gas taxes, yet still cause the same wear and tear on the roads as similarly-sized gas-powered vehicles. State lawmakers see an opening with this last factor: Enacting special fees for electric and hybrid vehicles to pay their fair share to maintain and build state roads.

Lawmakers in 17 states have passed legislation to charge electric vehicles special fees to fund maintaining and constructing roads and bridges. Seven of those states also apply fees on hybrid vehicles, which use both electric and gas power. For a full listing and details of these state laws, see our chart here.

These special fees range from a high of $200 (Georgia and West Virginia for electrics) to a low of $30 (Oklahoma and Michigan for hybrids) per year. Fees for electric-only vehicles are generally higher than those for hybrid vehicles, presumably because hybrid vehicles still require gasoline and contribute to gas tax revenues (albeit to a much lesser extent than traditional gas-powered vehicles).

Owners of electric (and sometimes hybrid) vehicles are required to pay these fees on an annual basis in most of these states. New legislation in South Carolina calls for a biennial fee, while the Wyoming Attorney General's Office has interpreted its state law as requiring a one-time fee instead of an annual fee. 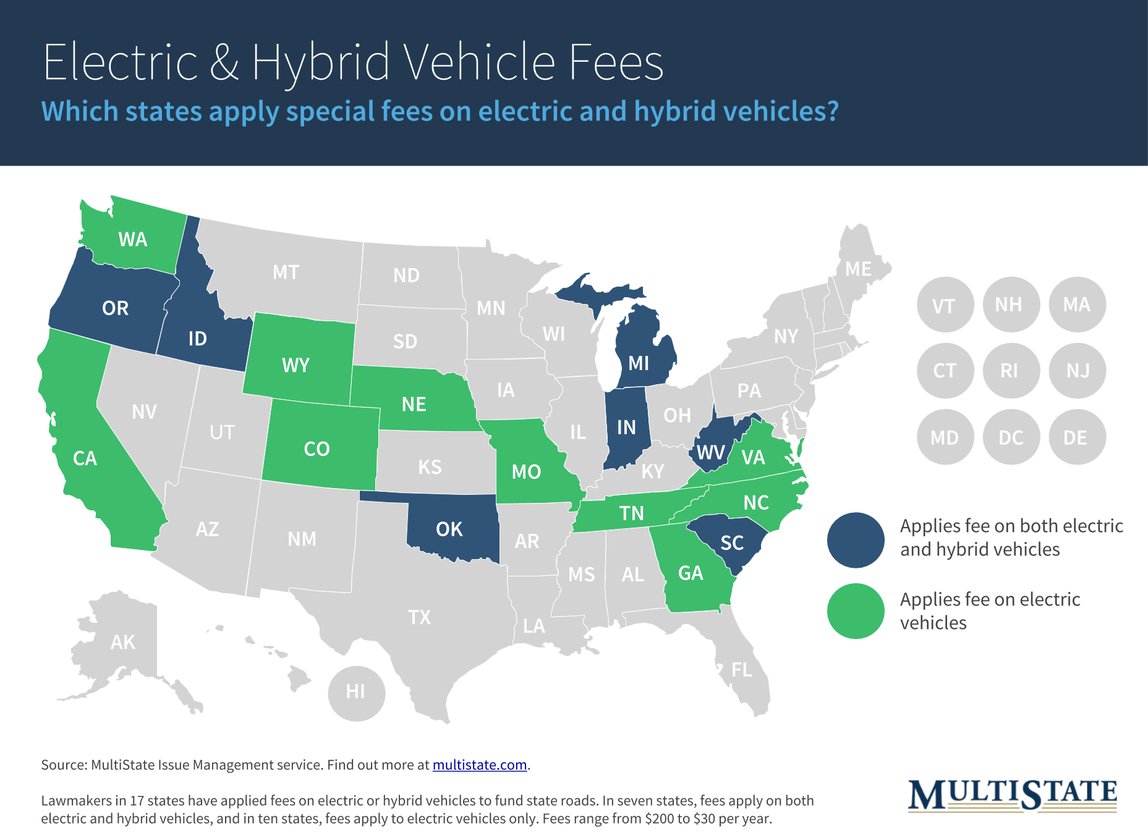 As we've noted before, each of the seven major transportation funding bills that states passed this year contained additional fees for electric vehicles. Six of those bills became law, while Montana Governor Steve Bullock (D) vetoed his state's legislation containing an electric vehicle fee. Oklahoma passed a standalone bill this year focused on adding additional fees for both electric and hybrid vehicles in the state, which the Sierra Club is now challenging in court.


Are the Fees Worth It?

Critics argue that states should be encouraging consumers to purchase environmentally friendly vehicles, and applying a new fee could dissuade them from choosing an electric or hybrid option. Others argue that the annual fees are relatively small ($30-230) in a market where starting prices for new electric vehicles are $30,000 and up. When state and federal tax credits and savings at the pump are factored in (there's still a $7,500 federal income tax credit for purchases of electric vehicles, while state credits are becoming more rare), annual fees for road maintenance may not be enough to dissuade consumers in the market for an electric vehicle. If, and when, that becomes the case, it'll mean that electric cars have become established in the industry and more than just a niche for environmentally conscious buyers.

We expect more states to add fees for electric and hybrid vehicles as lawmakers struggle with producing revenue to pay for roads and bridges. While the number of hybrid and electric vehicles on the roads is still small and revenues from these fees are not substantial, the sales for these green and fuel-efficient cars are expected to continue to grow rapidly as the technology improves.