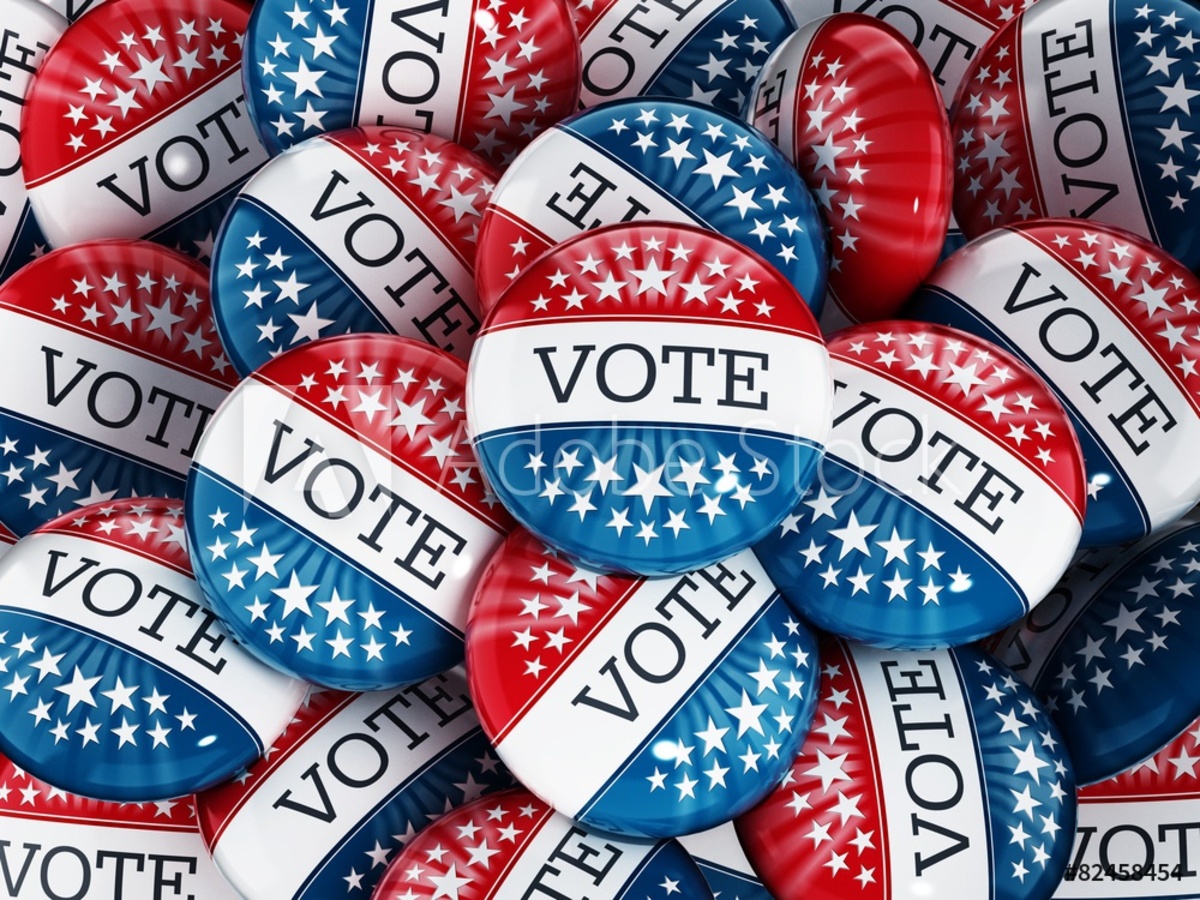 Much of the focus this November will be on the congressional midterm elections and whether Republican can keep control of the U.S. House of Representatives or Senate. However, this year will see 36 gubernatorial races across the country, with Republicans hoping to hold onto many of the seats they have won over the past decade.

California voters are participating in a “jungle primary” today in which the top two vote-getters will advance to the general election, regardless of party affiliation. Lieutenant Governor Gavin Newsom has a commanding lead with 33 percent of the vote in the latest poll, despite rival candidate Amanda Renteria calling on him to resign over sexual misconduct. Newsom admitted over a decade ago to an affair with an aide while he was mayor of San Francisco.

The Republican Party has taken a major hit in California, but Republican gubernatorial candidate John Cox has fared well, finishing firmly in second in many recent polls. Cox, a businessman who has made runs for the U.S. House and Senate in Illinois, and even ran for President in 2008, has run on a platform to end California’s “sanctuary law” for people living in the country illegally, and President Trump supports his campaign. Cox’s strong performance is bad news for former Los Angeles Mayor Antonio Villaraigosa, who has nearly matched Newsom in fundraising with over $34 million. Republican State Assemblyman Travis Allen and Democrat State Treasurer John Chiang round out the list of potential contenders, though the ballot is brimming with 27 names in all.

You wouldn’t expect a sitting Republican governor in Kansas to be in trouble, but Governor Jeff Colyer (R) is running for the office for the first time, having succeeded former Governor Sam Brownback ®, who left office for an ambassador position. Secretary of State Kris Kobach is challenging Colyer for the Republican ticket. Kobach has made a name for himself nationally with his crusades against illegal immigration and voter fraud. Kobach enjoys much greater name recognition than Colyer, but he also has very high unfavorable ratings. According to some recent polls, the two are neck-and-neck, though one poll this spring had Kobach up by double digits. Former State Senator Jim Barnett and Insurance Commissioner Ken Selzer will have to make up a large deficit in a crowded race to grab the nomination.

Governor Rick Snyder (R) is term-limited, and Democrats are gunning to win back the governor’s mansion in Lansing. Former State Senate Minority Leader Gretchen Whitmer (D) has racked up endorsements and out-raised her opponents, but has little name recognition in the state. She has been locked in a tight race with political newcomer Shri Thanedar (D), a businessman who has run an insurgent campaign financed largely with his own money and gained name recognition due to heavy ad buys. However, Thanedar has come under attack for flirting with the idea of running as a Republican and some questionable business practices that include allegations of mistreating animals and a pending fraud lawsuit. Running from the left is Abdul El-Sayed, the former health department director for the city of Detroit. His campaign has adopted many platform planks of the Bernie Sanders campaign, who won the state of Michigan in its 2016 primary, but polling has El-Sayed in single digits.

Donald Trump became the first Republican presidential candidate to win Michigan since 1988. Combine that with eight years of rule from Governor Rick Snyder and complete control of both chambers of the state legislature, and Republicans can feel good about the headway they have made in the Wolverine State. However, both leading Republican candidates to succeed Snyder are trailing their Democratic counterparts in hypothetical matchups, according to recent polls. Attorney General Bill Schuette has widened his lead to 16 percentage points over Lieutenant Governor Brian Calley, according to a poll in March, but that has not prevented the two from engaging in heated barbs over Schuette’s investigation into the Flint drinking water contamination and land transactions. Poor approval ratings for Snyder could hurt either candidate’s chances come November.

Republican Governor Scott Walker is seeking a third term, and a gaggle of Democrats are jostling for position for the chance to take him on this fall. Nine candidates have a shot at the nomination, but none have yet to separate from the pack. Many of the candidates have been plagued by poor fundraising, weak organization, and re-shuffling of campaign managers. Former State Representative Kelda Roys won a party straw poll last week, and State Superintendent of Public Instruction Tony Evers is the most well-known candidate, though two-thirds of voters have never heard of him. Evers was leading in a poll in March, but with only 18 percent of the vote, with 44 percent undecided.

Madison Mayor Paul Soglin, inspired by Bernie Sanders' success, will run from the left, while Professional Fire Fighters of Wisconsin President Mahlon Mitchell is running with the support of many unions. Other candidates include State Representative Dana Wachs and State Senator Kathleen Vinehout. Walker may be a bit vulnerable with an approval rating of 47 percent and a disapproval rating of 47 percent, but unless Democrats can coalesce around one candidate, Walker could have another four years in the state capitol.

Republican Governor Rick Scott (R) is term-limited, leading to a mad scramble by both parties to succeed him. Nearly half of all voters are undecided in both the Democratic and Republican primary races, with a crowded field in each.

On the Democratic side, former Miami Beach Mayor Philip Levine is neck-and-neck with former Congresswoman Gwen Graham, though neither has more than 20 percent in polls. Levine has benefitted from spending heavily on TV advertising and using much of his own money. Graham should have some name recognition having been in Congress and as the daughter of former Governor Bob Graham, but all of the candidates have suffered from a lack of name recognition from voters. A late entry by billionaire Jeff Greene this week could shake up the race, especially considering he spent $23 million of his own money in a failed Senate bid in 2010. Businessman Chris King and Tallahassee Mayor Andrew Gillum are also vying for the Democratic nomination.

On the Republican side, the race is very close between Congressman Ron DeSantis and former Congressman Adam Putnam. President Trump has endorsed DeSantis, as has conservative Florida Congressman Matt Gaetz, and DeSantis has drawn financial support from conservative donor Rebekah Mercer. Many expected Florida Speaker of the House Richard Corcoran to enter the race, but he opted not to run and instead endorsed Putnam.

Two-time Governor Andrew Cuomo (D) comes from a popular political family and was seen as a favorite for a third term in Albany, but he has seen his approval ratings plummet this spring after a top aide was convicted of bribery. That opened up a challenge from the left by actress Cynthia Nixon, best known for her role in the HBO comedy “Sex and the City.”

Her presence in the race has forced Cuomo to make his case to more liberal voters and shore up support from supporters, such as the endorsement he received from Hillary Clinton last month. Since Nixon has entered the race, Cuomo has reversed his positions on legalizing marijuana, banning single-use plastic bags, and has vowed to restore voting rights to former felons. Cuomo also intervened to rein in maverick Democrats in the Senate who had been working with Republicans, after Nixon accused Cuomo of collaborating with Republicans to keep them in power.

Nixon, using reform of the much-maligned New York City subway system as a major platform plank, has garnered a lot of attention, but is still a long-shot. She trails Cuomo by 22 points in the polls, and must overcome the $30 million he has already raised for his campaign. But she has altered how Cuomo must navigate the race and the general election – in which he would face Republican Marc Molinaro – and it may even affect how he governs should he remain governor.

In Iowa, Businessman Fred Hubbell leads polling among Democrats, and was assisted when State Senator Nate Boulton suspended his campaign after allegations of sexual misconduct. The winner will be decided this week and will likely take on incumbent Kim Reynolds (R).

Alabama Governor Kay Ivey (R) is hoping to avoid a runoff election, but she is hovering just under the 50 percent needed to do so, according to a poll in early May. Ivey succeeded Governor Robert Bentley when he resigned after allegations of an affair and ethics violations. Huntsville Mayor Tommy Battle and evangelist Scott Dawson are challenging Ivey in the Republican primary to be held June 5.

South Carolina Governor Henry McMaster (R) is facing a tough Republican primary challenge after succeeding a resigning governor, in this case Nikki Haley. McMaster has seen his lead shrink to just 12 percentage points over attorney Catherine Templeton, with businessman John Warren also making big gains in the polls. Without 50 percent of the vote, McMaster could be forced into a runoff to be decided two weeks after the June 12 primary.

Hawaii is a solidly Democratic state, but sitting Governor David Ige (D) finds himself in serious trouble after last year’s false missile alarm debacle. Polls have showed Ige trailing Congresswoman Colleen Hanabusa by more than 35 percent among definite voters, with State Senator Clayton Hee also in the running. The Democratic primary will be decided August 11 and the winner will take on either State Representative Andria Tupola (R) or former legislator John Carroll (R) this fall.

Connecticut is a solidly blue state in presidential elections, but poor approval ratings for Democratic Governor Dannel Malloy have given Republicans an opening. Danbury Mayor Mark Boughton won the Republican Party endorsement, but outsiders like tech entrepreneur Steve Obsitnik plan to challenge him, and Trumbull Selectman Tim Herbst plans to run to the right of Boughton. The winner will be decided on August 14 and will likely face either former U.S. Senate candidate Ned Lamont or former Secretary of State Susan Bysiewicz this November.