As expectations build for potential political power shifts in statehouses and D.C., reform organizations are attempting to seize the opportunity to reshape the political dividing lines for generations. This year, activists in Arkansas, Colorado, Michigan, Missouri, Ohio, Oklahoma, Pennsylvania, Utah, and Virginia have mobilized efforts to place state and federal redistricting reform on the November ballot, or are conducting ongoing grassroots lobbying in favor of legislative action on the issue. 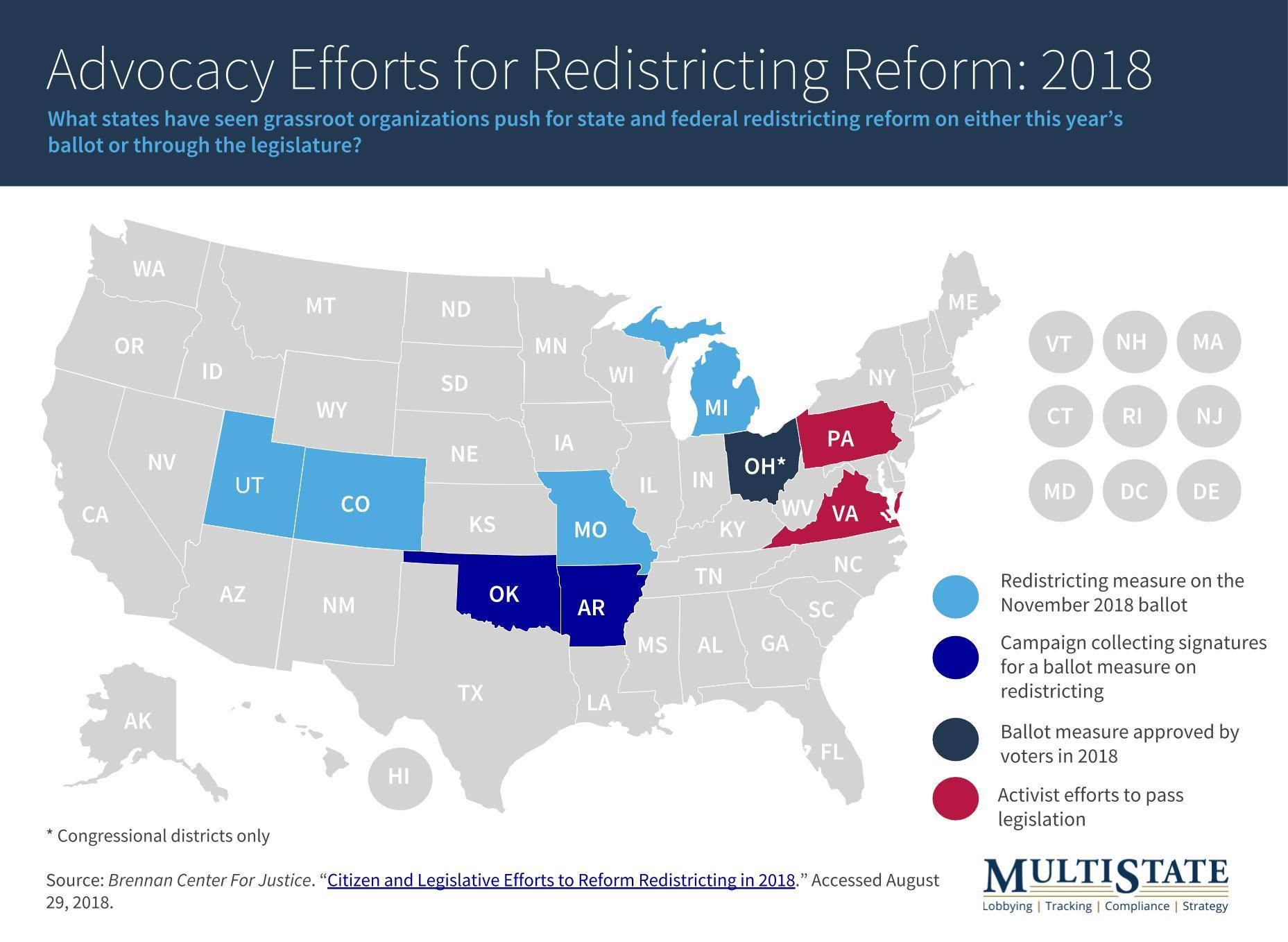 Activists in Oklahoma, Pennsylvania, and Virginia have begun efforts to change their state's constitutions by transferring redistricting power to independent bodies. Represent Oklahoma, an anti-gerrymandering group, is pushing to create a nonpartisan commission before the next redistricting cycle in 2021. Unlike the other state ballot initiatives, Pennsylvania's Fair Districts PA is looking to pass a constitutional amendment through the legislature (PA HB 2402), while OneVirginia2021 recently launched a 10-month campaign to push for a resolution in both the 2019 and 2020 legislative sessions that would call for a ballot measure on the issue.