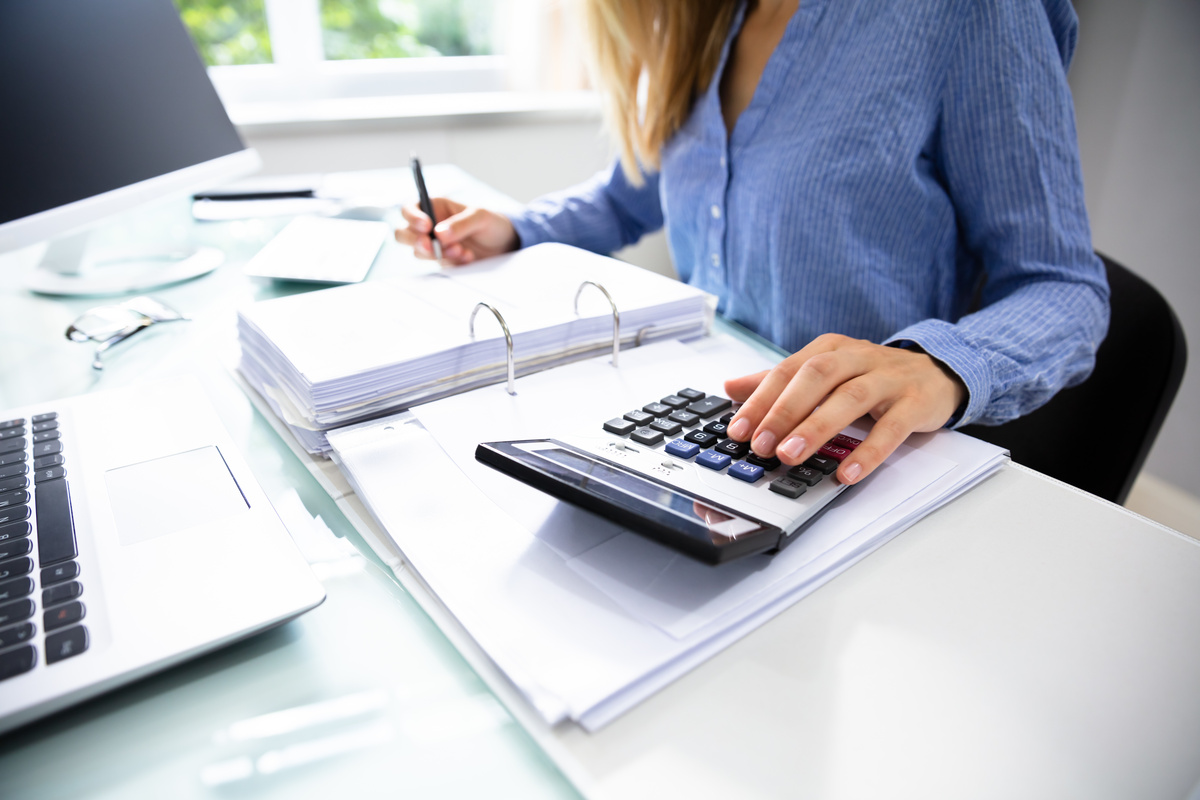 The rise of rideshare (e.g., Uber, Lyft) and other task-oriented (e.g. TaskRabbit) jobs, generally referred to as the “gig economy,” has put a new emphasis on worker classification. Should these gig economy workers be considered self-employed “independent contractors” or traditional “W-2” employees under the law? If they’re considered traditional employees, then the employer must offer regular wages and benefits. However, if gig economy workers are considered independent contractors, then it’s a temporary work engagement, paid for only a specific job, and the company that connects that worker to the customer avoids legal and HR-related obligations to the worker.

Workers’ rights proponents would like to see more gig economy workers classified as traditional employees under state laws in order to provide them additional protections and benefits. State courts and lawmakers have taken a look at this issue and have begun to unravel this Gordian knot. The employment landscape is shifting, and the way we classify workers will need to adapt.

California lawmakers, in the wake of a major court decision, have attempted to define these concepts and bring national attention to the issue.

Earlier this year, Governor Gavin Newsom (D) signed into law legislation (CA AB 5) that will make it easier for gig economy workers to be classified as employees rather than independent contractors. While the bill exempts most traditional occupations (such as accountants, broker-dealers, doctors, investment advisors, lawyers, and others) from its scope, gig economy companies like Uber, Lyft, and Doordash would be required to classify workers as employees, thus guaranteeing minimum wage rates and other employee benefits.

The passage of California’s AB 5 follows last year’s Dynamex Operations West, Inc. v. Superior Court of Los Angeles County case where the California Supreme Court ruled that Dynamex had misclassified its delivery drivers as independent contractors, rather than full-time employees. The court’s ruling assumes that workers should be classified as a W-2 employee unless the worker can answer “yes” to all three parts of the “ABC Test”:

California’s AB 5 codified the court’s “ABC Test,” and now other states are looking to adopt and expand the Golden State’s path to ease classification of gig economy workers as traditional employees.

Last week, New Jersey Senate President Stephen Sweeney (D) introduced legislation (NJ SB 4204) to revise the state’s existing ABC Test. The proposed legislation would amend both the “B” and “C” prongs in the existing ABC Test to make it more difficult to classify workers as independent contractors. It would eliminate part of the B prong that allows workers to be classified as independent contractors if “the service is performed outside of all the places of business of the employer for which the service is performed.” Additionally, the legislation would require workers to be engaged in activities “of the same nature as that involved in the work performed” to be classified as independent contractors. If enacted, many gig economy workers would be reclassified as employees. 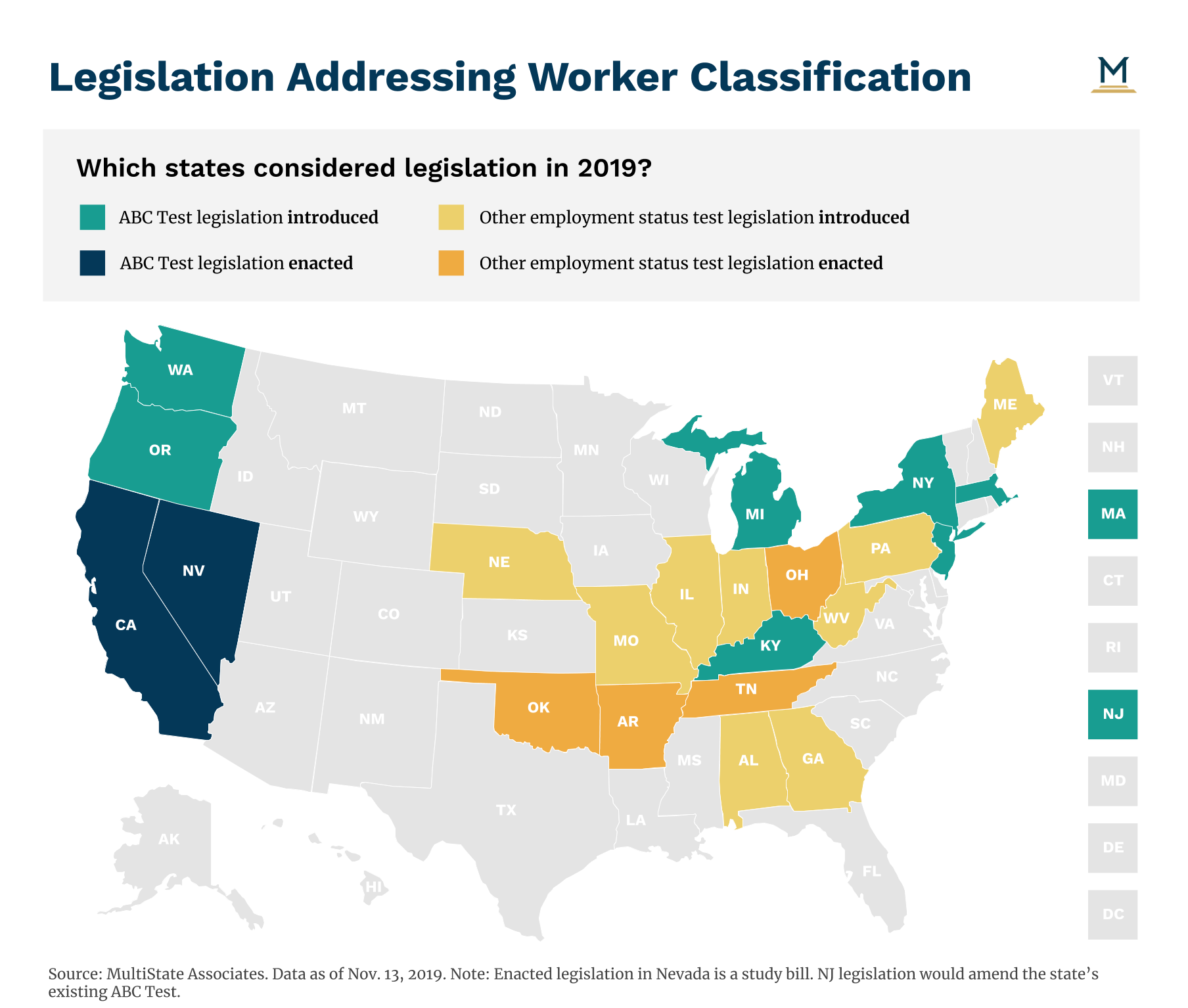 During the 2019 session, lawmakers in nine states introduced legislation to adopt (or in the case of New Jersey, modify) an ABC Test to determine whether a worker should be classified as an employee or independent contractor. Until a more appealing alternative to provide gig economy workers with greater on-the-job protections and benefits is offered (perhaps the creation of a third classification of worker), expect additional blue states to pursue ABC Test legislation because classifying workers as employees is the most expedient way to guarantee more generous benefits to workers.

Lawmakers in red states have reacted by proposing legislation to codify other, more lenient, employment status tests, like the 20-factor “right-to-control” test the IRS uses. Additionally, several states are also pursuing task forces on employee misclassification, suggesting an appetite to crack down on misclassification and to legislate on this issue in the future.