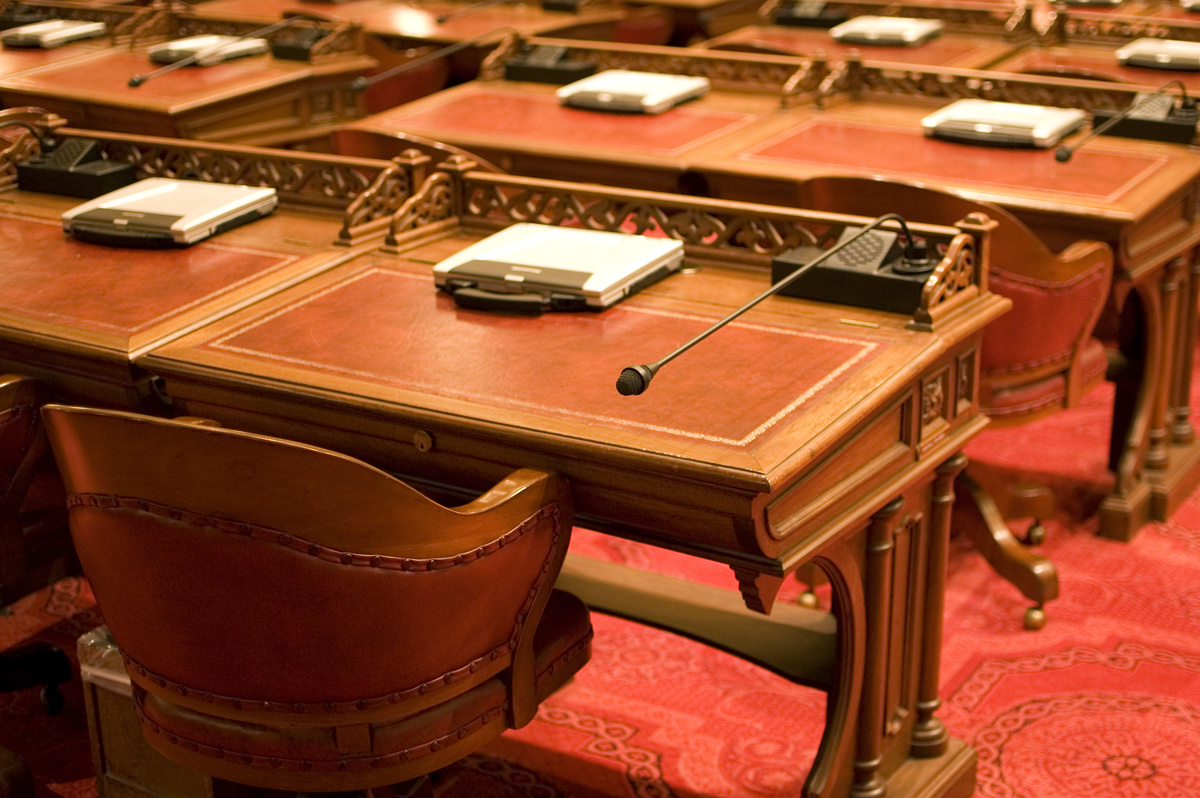 Following the 2018 elections, statehouses and governors’ mansions were bluer than in previous years as the Democrats increased their trifecta control from 8 to 14 state governments. Though Republicans held control of more states in 2019, the influx of progressive lawmakers translated to an uptick in progressive policy proposals across the states. Below is a highlight of issue trends from state legislatures in 2019. 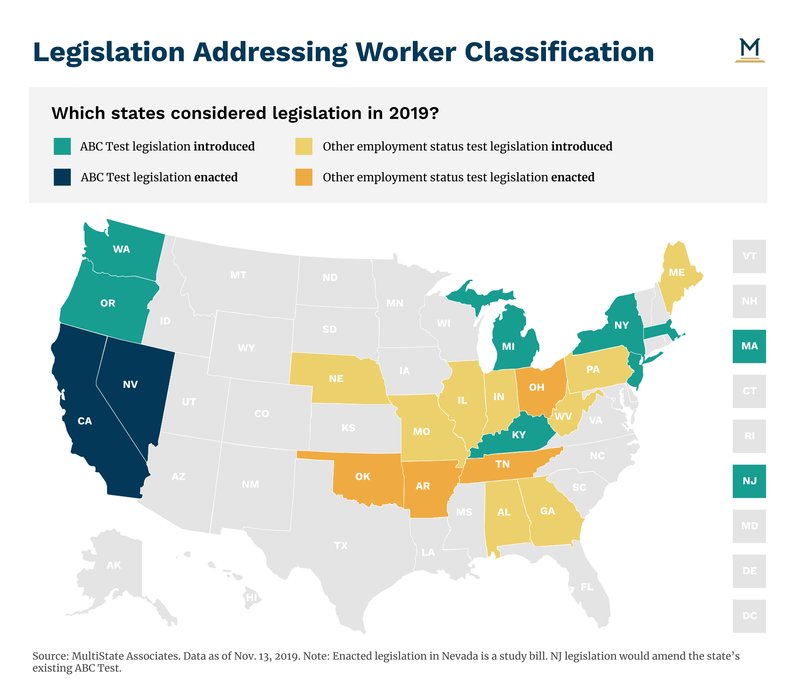 The U.S. Supreme Court’s 2018 decision overturning the Professional and Amateur Sports Protection Act (PASPA) opened up sports wagering to states outside of Nevada. Nearly a dozen states were quick to the draw and legalized sports betting last year via legislation or regulations. This number expanded in 2019 as eight additional states enacted sports betting legalization. Lawmakers in Maine and Michigan passed sports betting legalization this year and are awaiting Governor Janet Mills (D) and Governor Gretchen Whitmer (D), respectively, to sign those bills before they can become law. 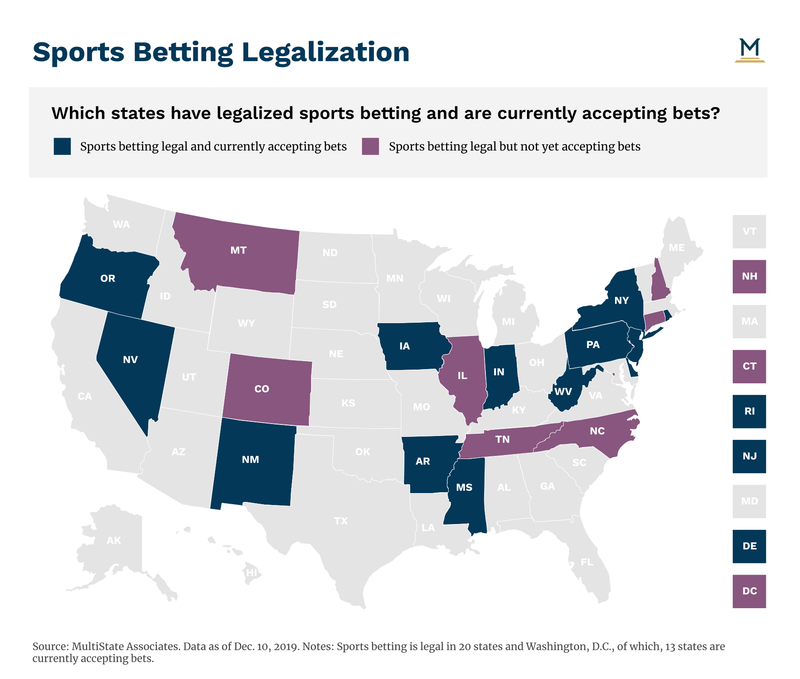 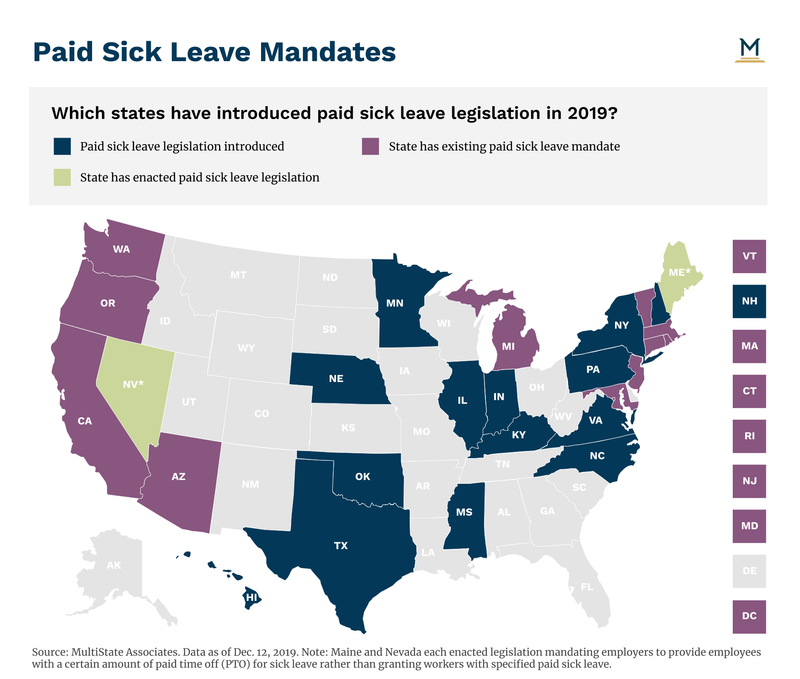 Connecticut and Oregon continued the trend of states enacting paid family and medical leave mandates with the enactment of legislation in each state. Oregon's legislation (OR HB 2005) that requires employers to provide employees up to 12 weeks of paid family leave is unique in that the law also requires low-income workers to be paid 100 percent of their wages while on leave. Meanwhile, Connecticut’s law (CT SB 1) implements a similar program that will give private-sector employees 12 weeks of paid family leave per year funded by a payroll tax on workers of 0.5 percent. 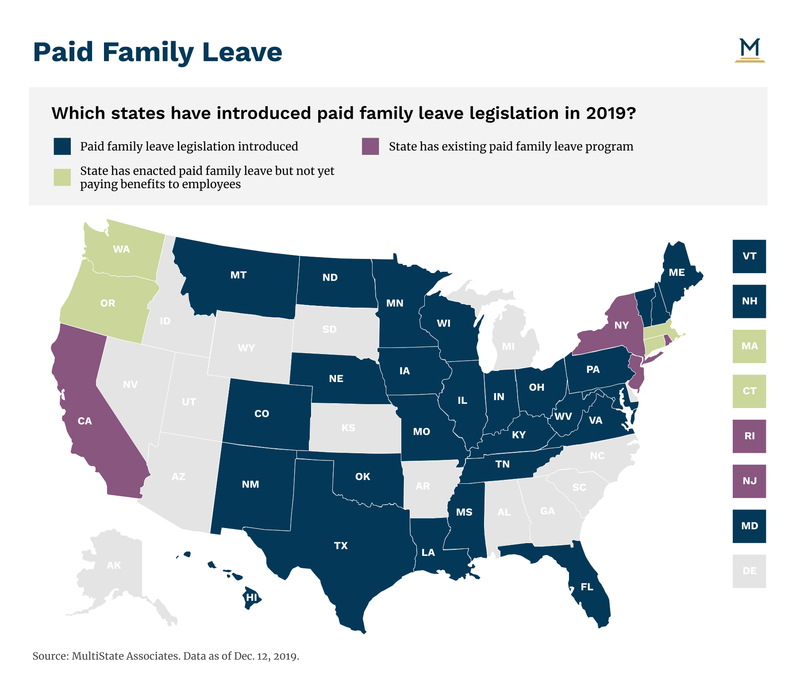 The federal Tax Cuts and Jobs Act of 2017 significantly changed the tax landscape for states across the country. While states are still grappling with its implications for their own tax codes, the conformity focus shifted this year to dealing with global intangible low-taxed income (GILTI). Through both legislative and regulatory action, many states moved to exclude all or virtually all of GILTI (foreign income) from their tax bases this year. Currently, 24 states have decoupled from or exclude at least 95 percent of GILTI from the tax base, 14 have a deduction that may apply to GILTI or is less than a 95 percent exclusion, and only five states explicitly tax more than 50 percent of GILTI. 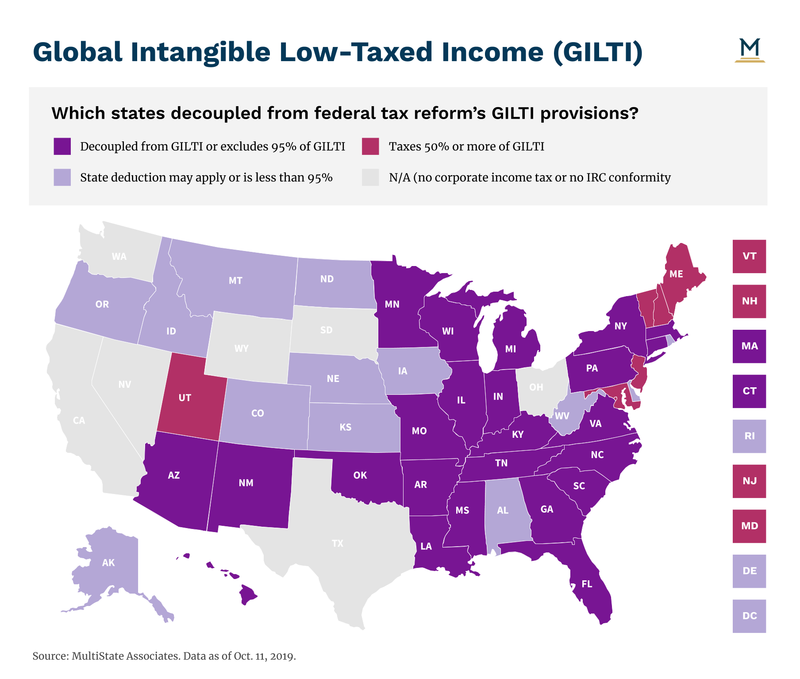 Greater access to the internet, smart devices, and social media platforms have connected the world and made life more convenient, but they have also raised privacy concerns as these providers vacuum up more consumer data. In 2018, California lawmakers passed the landmark California Consumer Privacy Act (CCPA), which goes into effect in 2020 and requires entities to provide notice to consumers regarding what information is collected about them and gives them the right to opt-out of the entity selling their information to third parties and have that information deleted.

This year all eyes remained on California as groups sought to amend the landmark law before implementation begins next year. Other states looked to follow the Golden State’s lead with either their own comprehensive privacy laws or to implement aspects of the CCPA. Nevada, Maine, and Massachusetts all enacted limited privacy laws this year and a handful of states agreed to study the issue formally. Washington lawmakers passed a comprehensive bill through the Washington Senate, but it stalled in the House. Expect this issue to continue to pick up steam in 2020 as the CCPA goes into effect and other states look to copy and add on to California’s reforms. 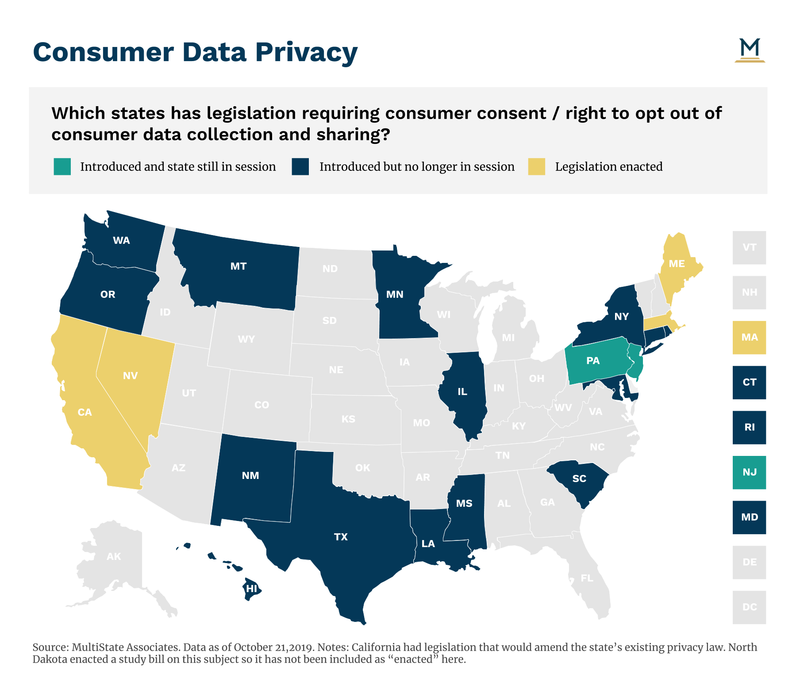 In the wake of South Dakota v. Wayfair, states quickly adopted South Dakota-style thresholds requiring retailers that sell more than a specific dollar amount or in excess of a specific number of transactions to collect sales tax on remote sales. The real story following the Wayfair decision, however, is that states are extending sales tax collection obligations to marketplaces. Currently, 39 states have required marketplaces to collect sales tax with only seven states (excluding states without a statewide sales tax) holding out enacting any legislation. 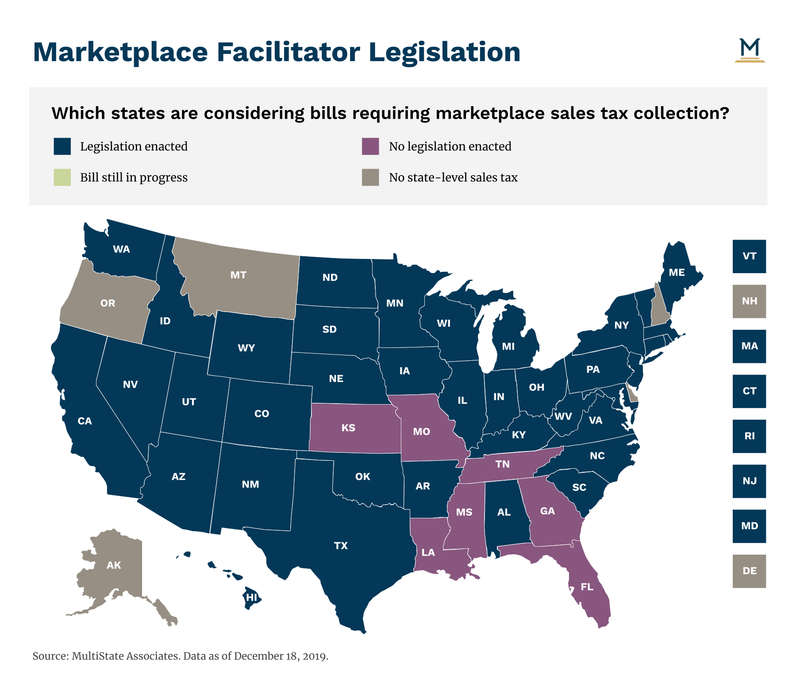 Increasing Minimum Wage to $15 Per Hour 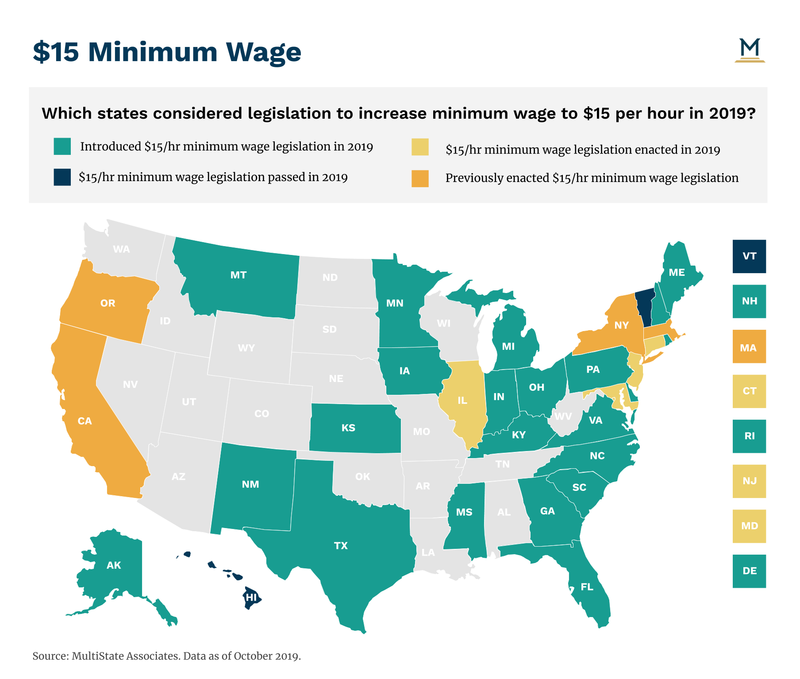 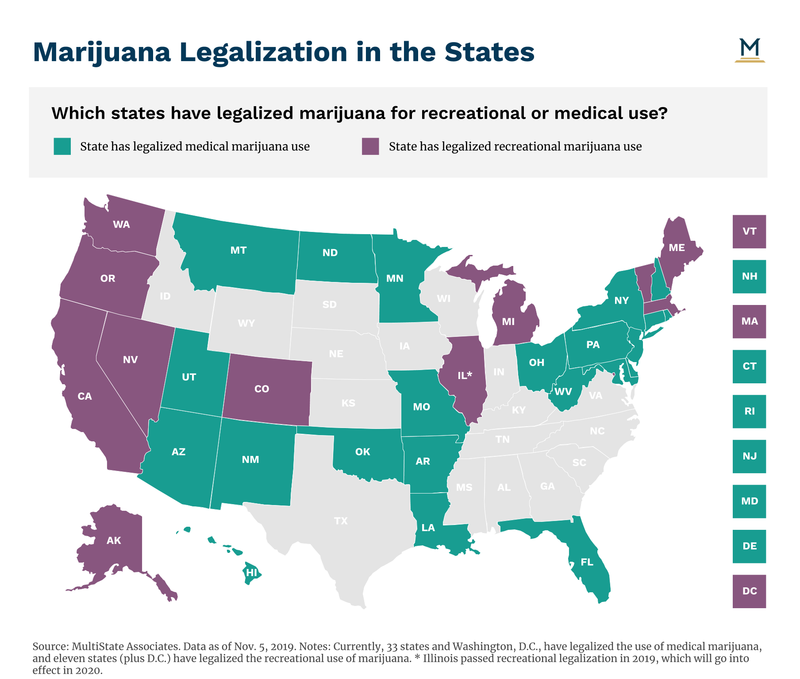