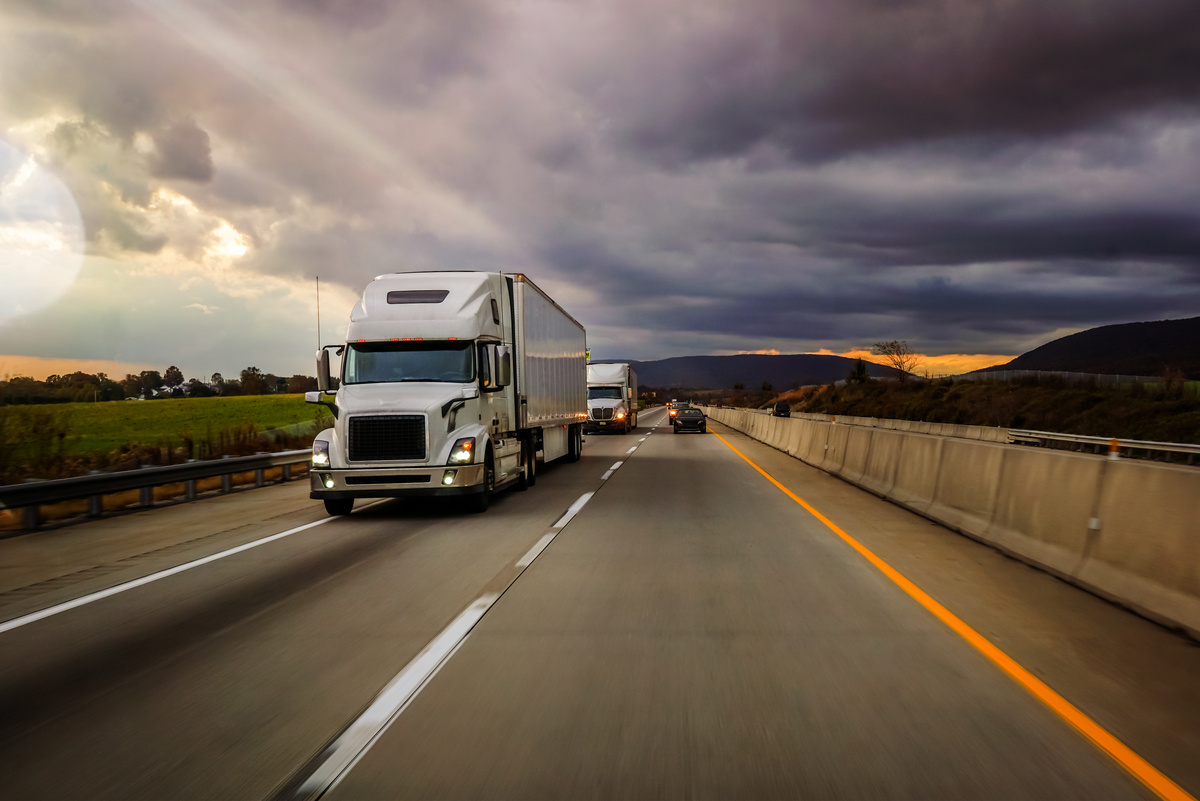 Although the rise of autonomous vehicles has garnered more of the public’s attention, assisted and automated driving technologies will likely to emerge from commercial uses, such as trucking, before autonomous vehicles are widely available for consumer use. One technology to keep an eye on is connected vehicle technology.

The commercial trucking industry, which deploys fleets of heavy trucks to ship goods over long distances, is particularly interested in utilizing this low-level (SAE driving automation level 1) driver assistance technology in the form of platooning systems. And states are clearing the regulatory path to allow testing of this technology on their public roadways.

Platooning refers to vehicle-to-vehicle (V2V) communications technology that utilizes radar, GPS, and Wi-Fi to link up two or more vehicles. Platooned vehicles don't drive themselves but offer assisted driving in the way they communicate with each other.

Once a front truck and rear trucks are electronically linked, or “platooned,” they accelerate and break together. This “super cruise control” allows trucks to safely follow each other at a closer distance (typically between 50 to 80 feet), taking advantage of drag and aerodynamics to improve fuel efficiency, safety, and traffic congestion. The platooned trucks act like a train without the tracks, with the lead truck acting as the engine and controlling the acceleration and breaking for the rear trucks. However, the rear truck drivers still need to pay close attention to the road to steer their vehicles. Trucking companies would use platooning technology on freeways primarily, with the drivers disengaging the systems and taking over when exiting the freeway to rest, fuel up, or deliver cargo.

The automated and connected vehicle company Peloton Technology explains its platooning technology, outlined above, well in an online video. Peloton claims fuel savings of 7 percent when platooning: 4.5 percent savings for the lead truck and 10 percent for the rear truck. For an industry that spends over $100 billion on fuel each year, these are substantial savings. An additional benefit is a reduction in traffic congestion from compact platoons taking up less highway space and moving vehicles more efficiently.

The Competitive Enterprise Institute (CEI) has pointed out that the biggest roadblocks to allowing platoons on state highways are following-too-closely (FTC) statutes. These laws are typically found in state motor vehicle codes and dictate how closely one vehicle can follow another on the road. Because platooning's benefits result from the technology's ability to keep two or more vehicles in close proximity, states have begun revising their FTC statutes to allow platooning outright or authorize testing platooning technology on state roads.

So far, 19 states have passed laws that either establish a platoon testing program or exempt platoons from the state’s FTC statute in order to allow testing platoons on the state’s public highways — more than doubling the number of laws from two years ago. South Dakota (SD HB 1068) and North Dakota (ND HB 1199) both enacted similar laws this year. Additionally, states like California, Florida, and Ohio have established limited programs to allow platoon testing on their roadways. Currently, CEI has identified 11 states that have distance-based FTC restrictions, which would likely prohibit the proper testing of platooning on highways in those states.

Because platooning offers the most benefits to truckers traveling long distances across the country, it’s important that states along major trucking routes clear a path to allow platooning along those routes in order to see the most fuel savings and reduction in traffic congestion. 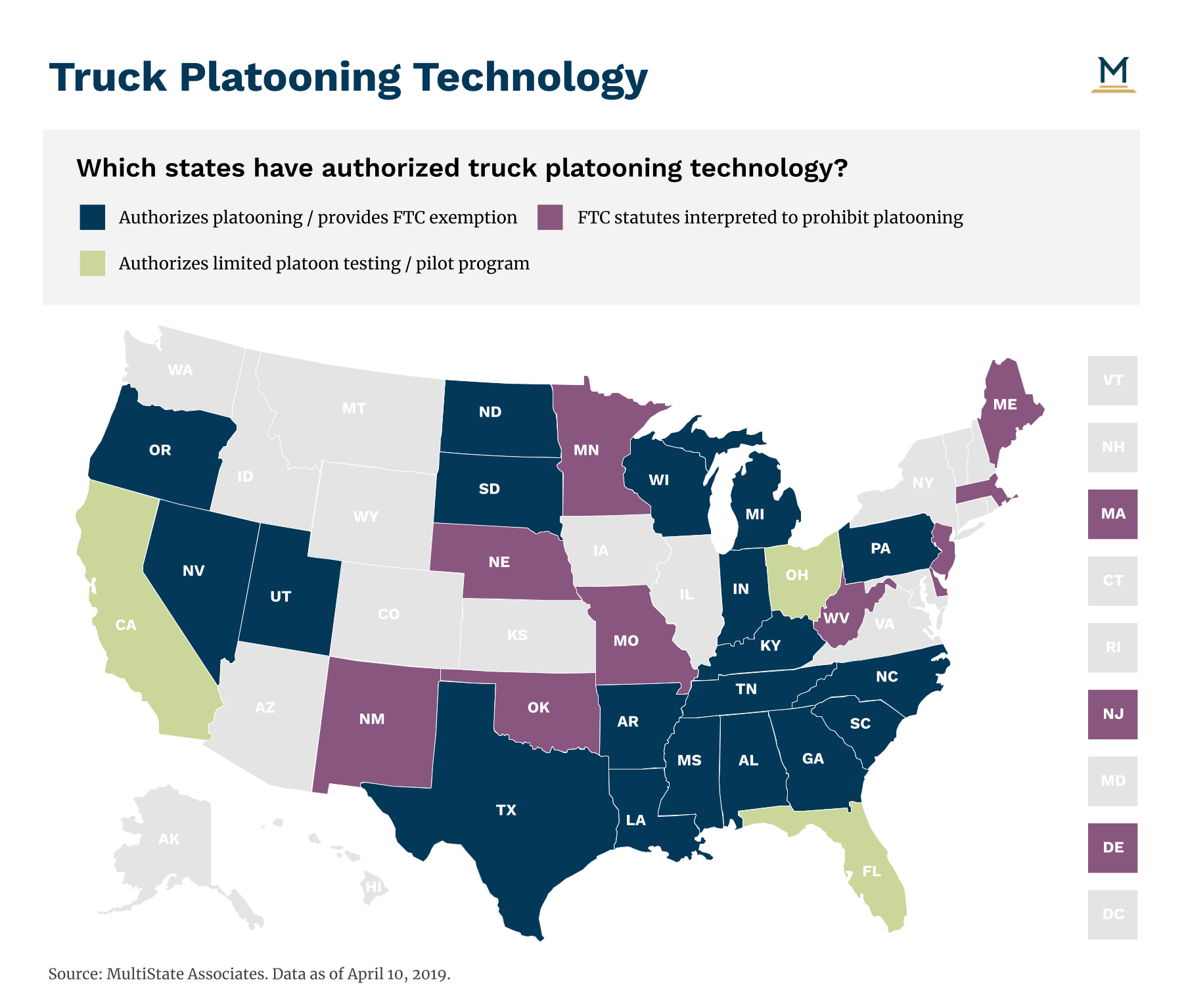