Other states which we think are most likely to be added to the current count by the end of 2019 include: Colorado (where Governor Jared Polis (D) will almost certainly sign the legislature’s already-passed marketplace bill), Illinois, Maine, Maryland, Massachusetts, Michigan, Missouri, North Carolina, and Ohio.

While there has been intense interest and rapid movement on this issue, the approach that individual states have pursued has varied somewhat. For example, while most states have worked legislatively to establish these new collection schemes, two states (Arizona and Wisconsin) are working under mandates from their departments of revenue. States have also taken different approaches to what kinds of sales are taxable on marketplaces (tangible personal property, digital goods, services, or some combination), what thresholds trigger taxability, and how much liability relief to grant in cases where a marketplace relies on erroneous information provided by a third-party seller.

An updated map of legislative activity appears below. 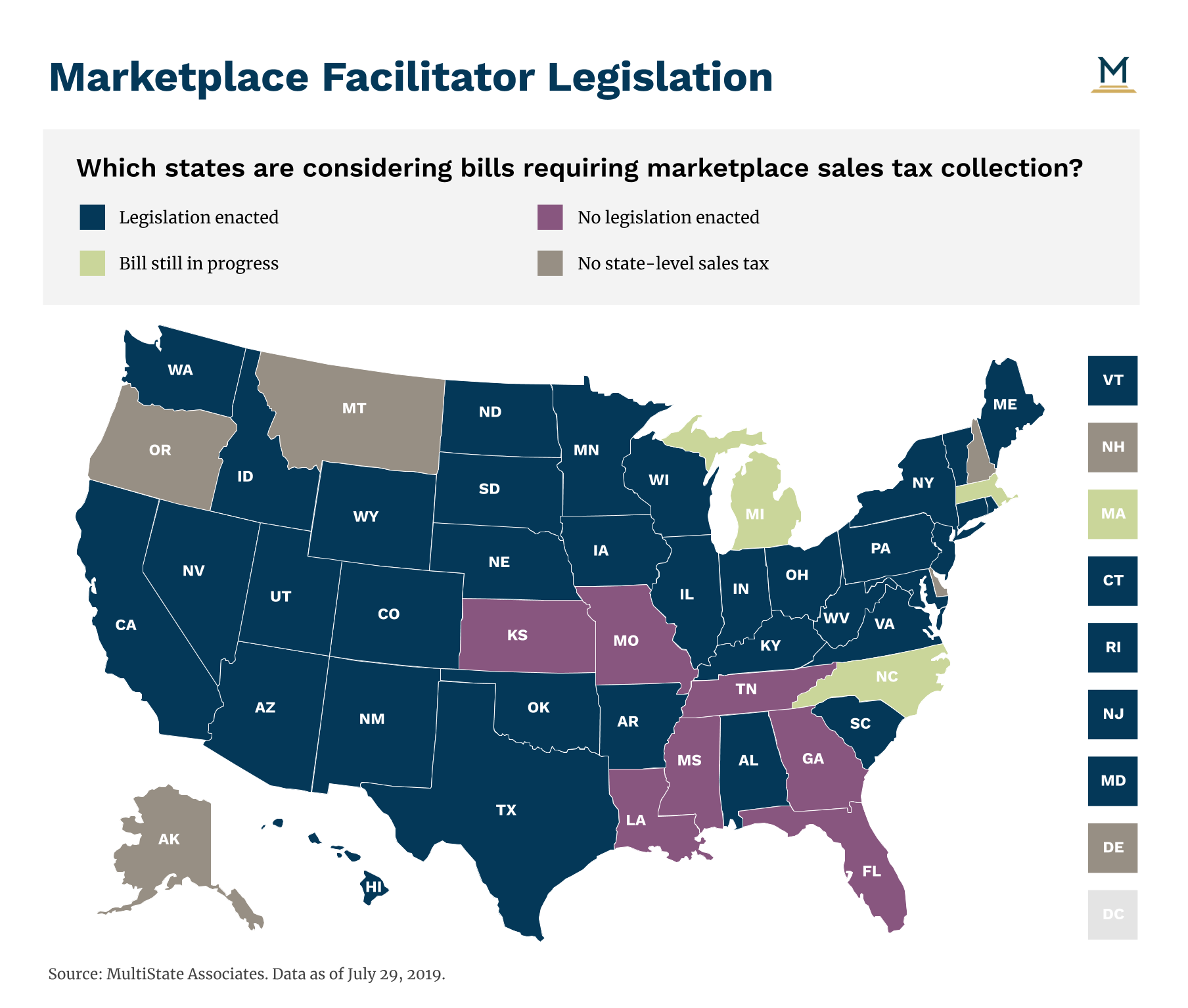