Taxation of Services Remains a Key Legislative Issue in 2019

As we’ve noted previously, states are continuing to consider legislation that would expand the sales and use tax base to personal and professional services. As of May 2019, 22 “taxation of services” bills have been introduced in 12 states: California, Connecticut, Florida, Minnesota, Montana, Nebraska, South Carolina, Texas, Utah, Virginia, Washington, and Wyoming.

Despite this continued interest, no state has successfully implemented a broad sales tax expansion to services. Hawaii, New Mexico, and South Dakota already tax services broadly, but not as a result of a recent comprehensive tax reform effort—the changes in those states were made many decades ago. There are also many more recent examples of states passing sales tax base expansions (either broad or targeted) and then repealing them shortly thereafter when lawmakers realized they would result in negative impacts on the state economy (Florida, Massachusetts, Michigan, and Minnesota). 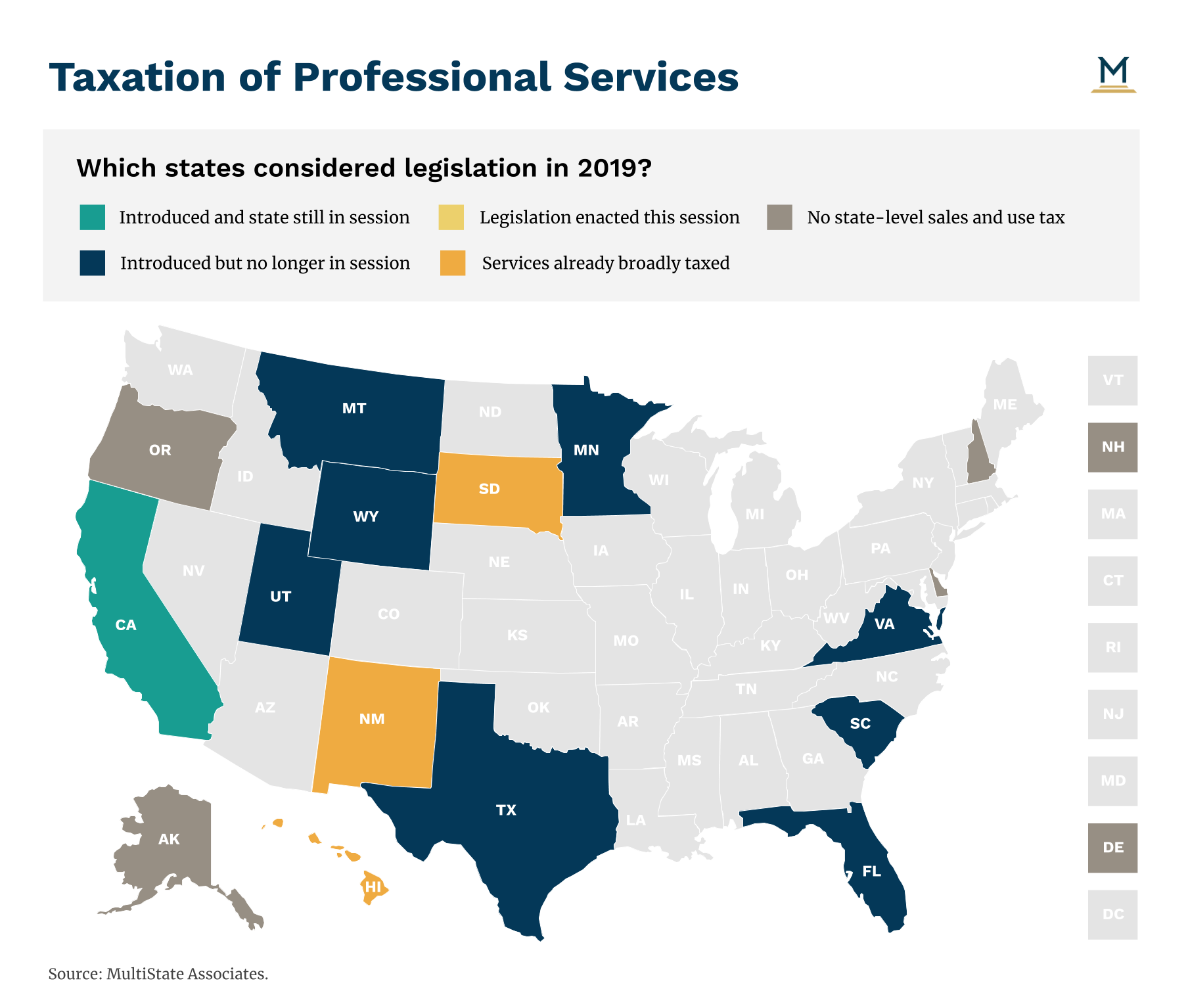 Below are details on each state that has proposed a tax on service.