What Really Happened to State Revenues During COVID-19?

At the onset of the COVID-19 pandemic, predictions for state budgets were dire. The Center on Budget and Policy Priorities forecast that state revenues would drop $370 billion (approximately 41%) in Fiscal Year 2021 (which runs from July 1, 2020 through June 30, 2021 for the majority of states). This was just one of many examples of projected revenue catastrophe. Although we were skeptical of the most extreme forecasts from the outset, the data mostly concurred that states were going to face significant budget challenges absent historic federal relief.

Full revenue data for all 50 states for Fiscal Year 21 (FY 21) will not be available until September, but from the data which is available, it is clear that contrary to initial projections, the states collectively are awash in cash. Nearly every state reporting monthly revenue since April has exceeded projections by unprecedented percentages. And that is before factoring in hundreds of billions of dollars in state and local aid. 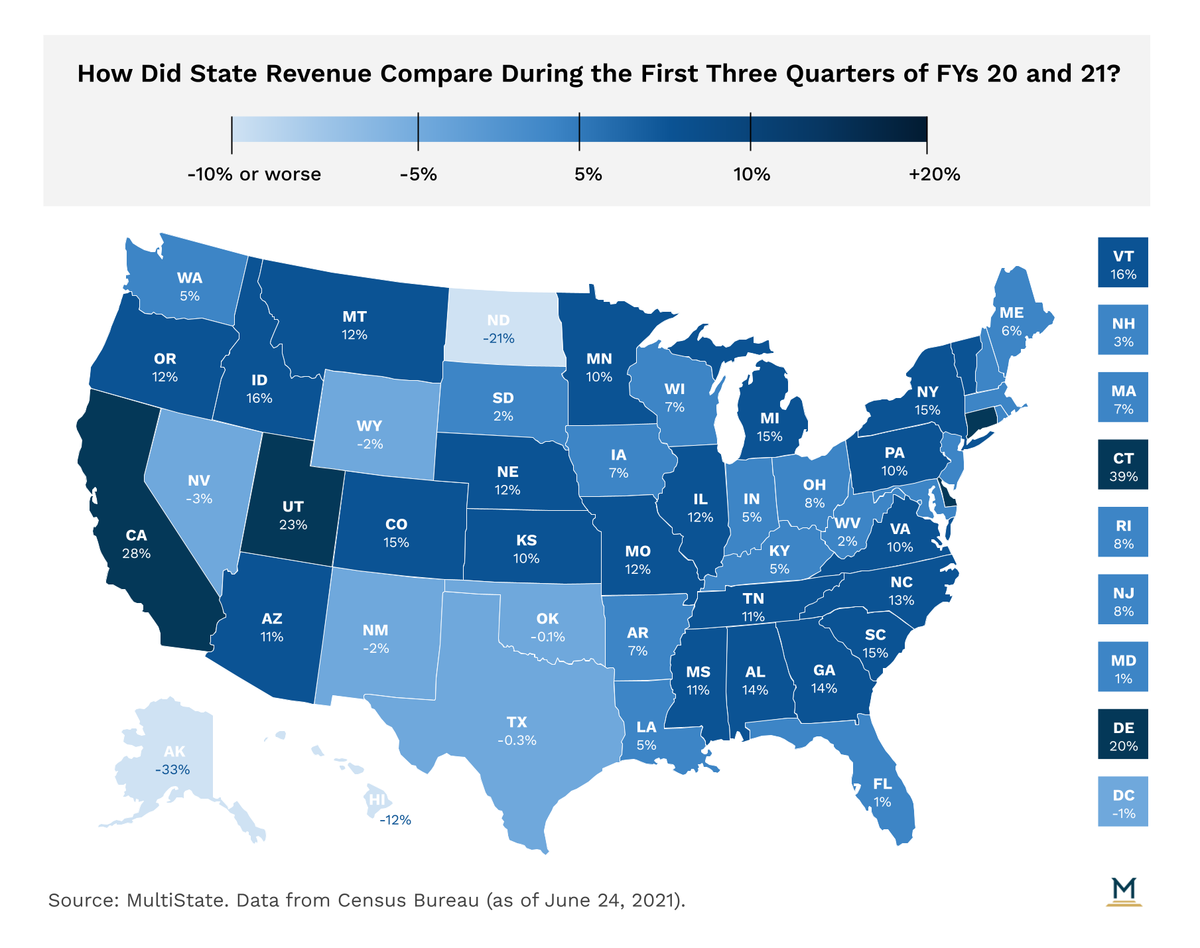 What Happened to Revenues?

First, the punchline: overall, state revenues increased during the first three quarters of FY 21 during the pandemic compared with the same period in FY 20, prior to pandemic-induced shutdowns. Comparing these three fiscal quarters, states experienced a 12.1% net increase in total tax revenues in FY 2021. Note our analysis is focused solely on state own source tax revenue; federal transfer payments to states are not included in our figures. The graph below shows the states with the top three biggest revenue increases, the three worse declines, and the U.S. average. 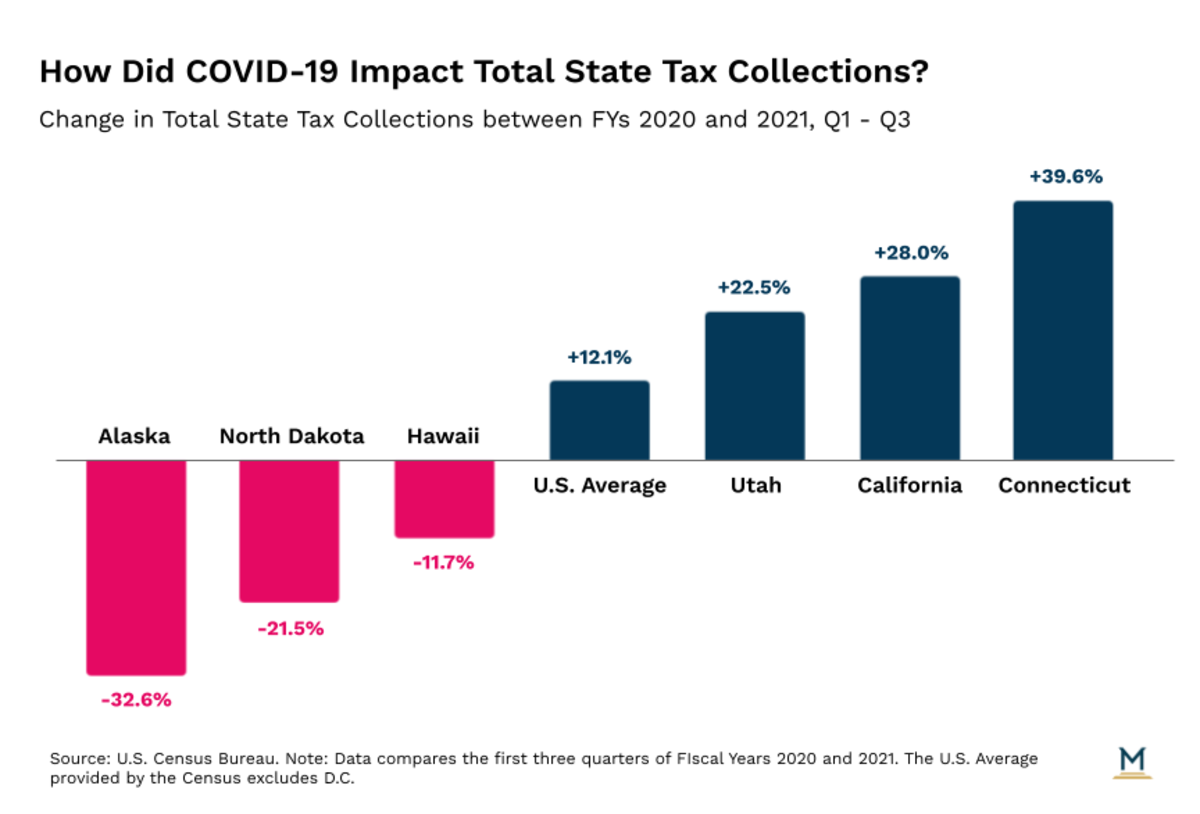 There was significant variability in tax revenue among all states. Alaska and North Dakota, the worst performing states, rely heavily on severance taxes; specifically, those states generate a significant percentage of tax revenue from oil production. With crude oil prices plummeting and production declining during the pandemic, there was a concomitant decrease in tax revenues. The story for Hawaii is of course different: its poor revenue performance is due almost entirely to the reduction in tourism. But the forecast is brighter for all three states during the final quarter of FY 21, with oil prices and production rising, and tourism rapidly coming back. Overall, only eight states and D.C. experienced revenue declines from FY 20 to FY 21, and for all but the three discussed herein, those declines of less than 3.5 percent.

But there’s a problem with the state tax revenue figures caused directly by the pandemic: the deferral in 2020 of income tax payments that otherwise would have been due between April and June to the following July. Thus, the year over year comparison with regard to personal and corporate income taxes is highly skewed, and without adjustment is misleading.

Overall, it’s clear that the data is still messy and timing issues impact the data – though it’s not clear to what extent. However, the overarching message is that states are experiencing record revenue collections, and coupled with billions of dollars of upcoming federal aid, states are very well positioned for the upcoming budget cycle.

Tax policy can be one of the most challenging areas for government affairs executives. In the wake of significant changes in the economy and federal tax laws, state and local tax policy has become a top priority for large businesses and trade associations. MultiState’s team understands the issues, knows the key players, and can help you effectively navigate and engage. If you need help understanding how state tax changes will impact your organization, read more about our Tax Policy services, or contact us here.