Psilocybin is a naturally occurring  compound found in certain fresh and dried mushrooms that, when consumed, give the user visual and auditory hallucinations. Though the psychedelic effects of the drug are well documented, there is disagreement over whether the benefits outweigh the risk. Advocates for decriminalization and legalization argue that psilocybin can be used to treat addiction, depression, and other mental health related issues. Opponents contend that it actually makes anxiety and panic attacks worse while also putting the user and others in harm's way.

Last November, voters approved a ballot measure making Oregon the first state to legalize the use of psilocybin at supervised facilities for those 21 and older. However, legalization is not quite yet fully in place. The Oregon Psilocybin Services Advisory Board, established under the ballot measure, has until 2023 to finalize the program that allows for the use, possession, manufacture, transportation, and purchase of psilocybin. But that hasn’t stopped other states at examining the legalization of psilocybin.

Lawmakers in fifteen states have already introduced twenty-two bills this session that relate to psilocybin in some manner. Bills in six of those states would legalize the use and/or possession of psilocybin in some capacity while lawmakers in nine states have introduced legislation that would decriminalize the compound. Additionally, bills in five states look to study the effects and use of psilocybin for medicinal purposes, similar to a bill that was enacted in Connecticut (CT SB 1083) last year. 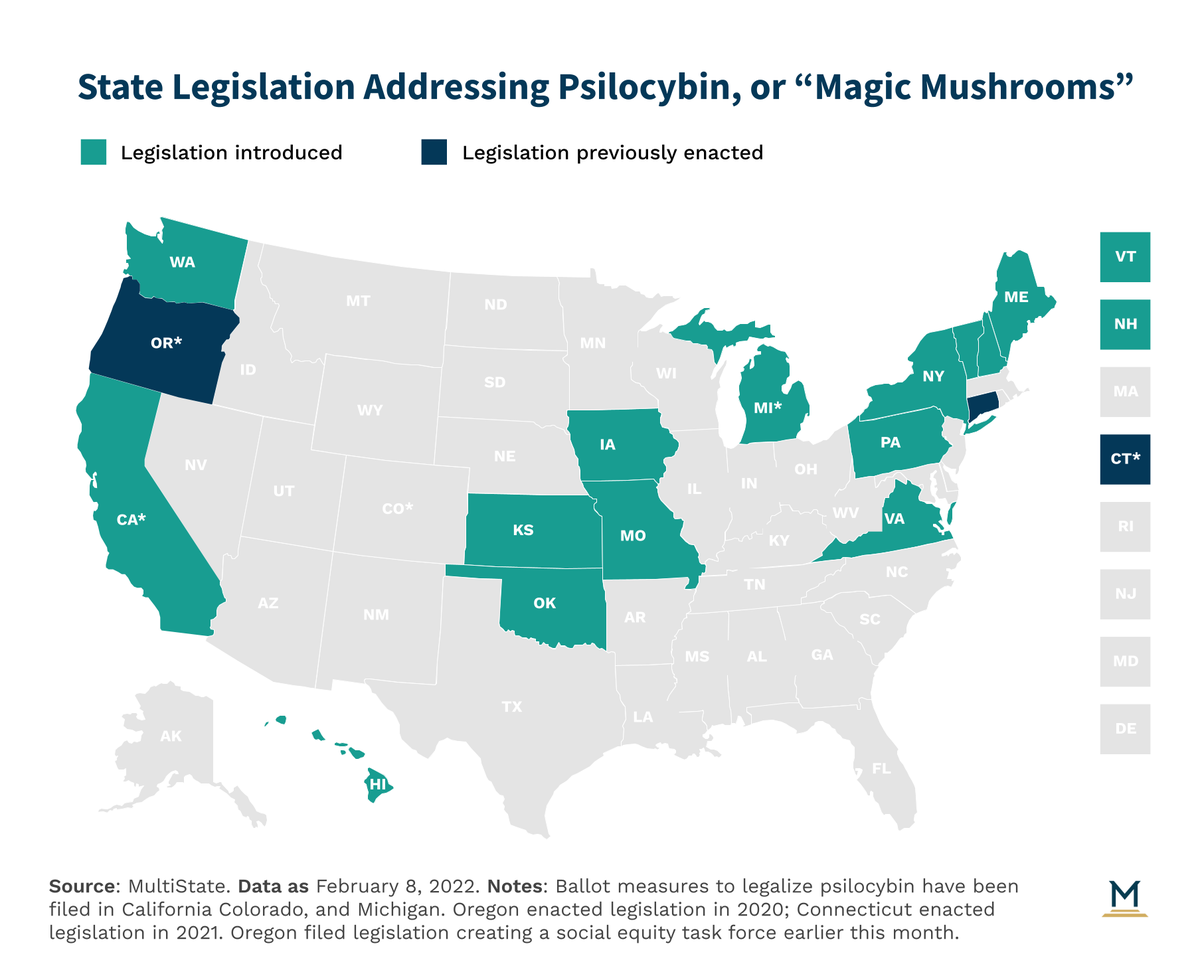 In California, the Senate approved a bill last July that would repeal provisions prohibiting the cultivation, transfer, or transportation of spores capable of producing mushrooms or other material which contain psilocybin. Members of the California Assembly are now debating the legislation. Finally, activists in California, Michigan, and Colorado are in the early stages of putting psilocybin legalization measures on the upcoming November ballots. The California measure would legalize use for “personal, medical, therapeutic, religious, spiritual, and dietary use” while the Colorado measure would create licensed healing centers and permit use for therapeutic purposes. 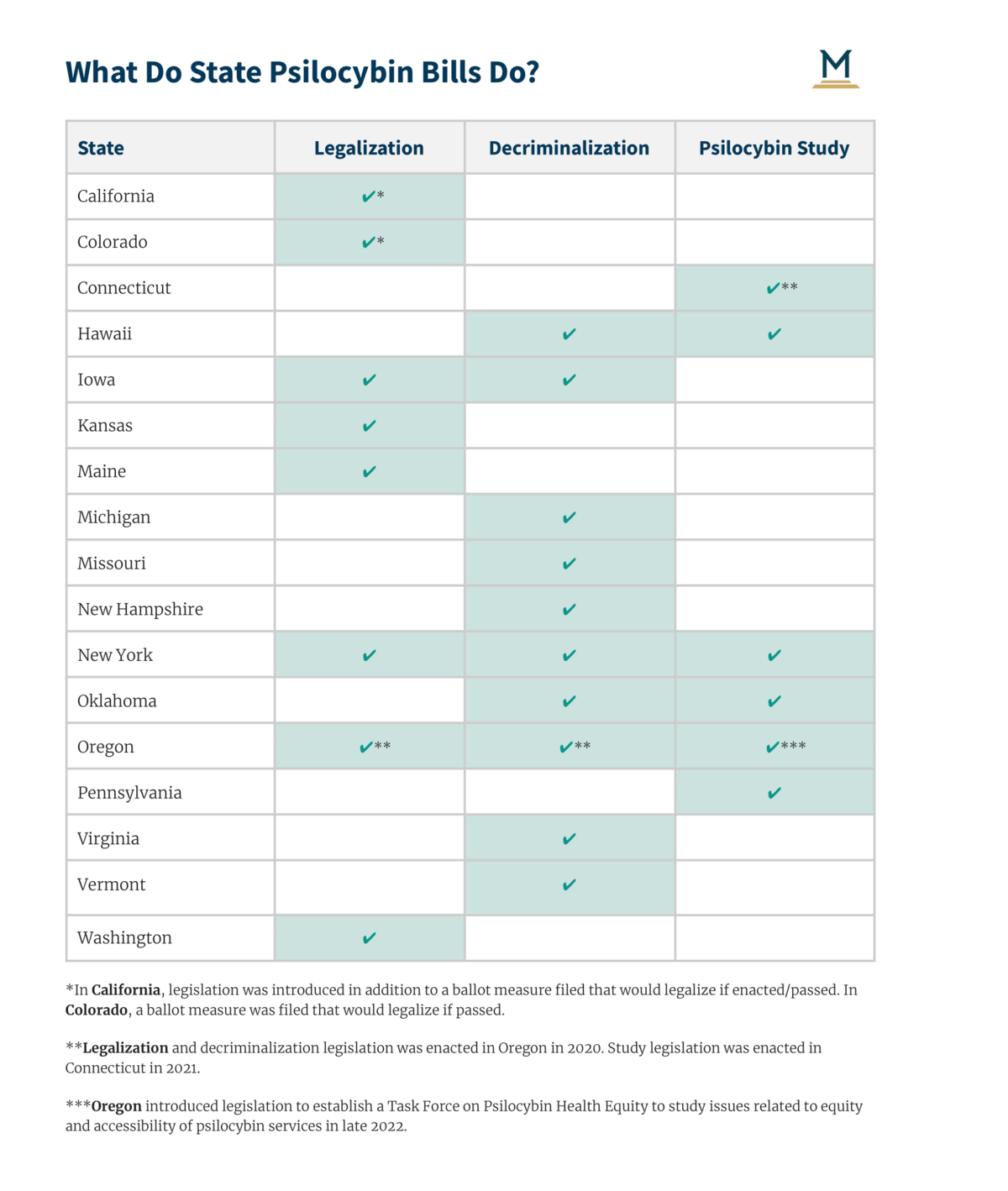 The legalization of psilocybin in Oregon and discussions in a dozen other statehouses this year have the potential to lay the foundation for similar efforts nationwide. As the popularity of, and scientific evidence behind, alternative treatments increase, policymakers will be more inclined to learn about and support psilocybin legalization.

Need Analysis of Other Trending Issues?

MultiState’s tracking and research services arm you with the intel you need. Read how we can help you track mission-critical issues, or get in touch here.