Federal candidates have been dealing with contribution limits for political donations since 1974 in amendments to the Federal Election Campaign Act. Since then, donors to federal candidates have had to be aware of and stay within the per candidate contribution limits established by the Act and regularly updated by the Federal Election Commission (FEC). The states however, are a different story with a patchwork of laws regarding how much can be donated, when these donations can be given, and who can donate.

In a previous article, we covered who can donate. Specifically states that permit political contributions from corporate treasuries. In this article, we’ll look at state contribution limits for corporations and political action committees in election cycles that include 2022.

Currently, 13 states permit unlimited contributions from political action committees to state candidates. Other states have varying limits on the amount of contributions permitted during an election or election cycle: 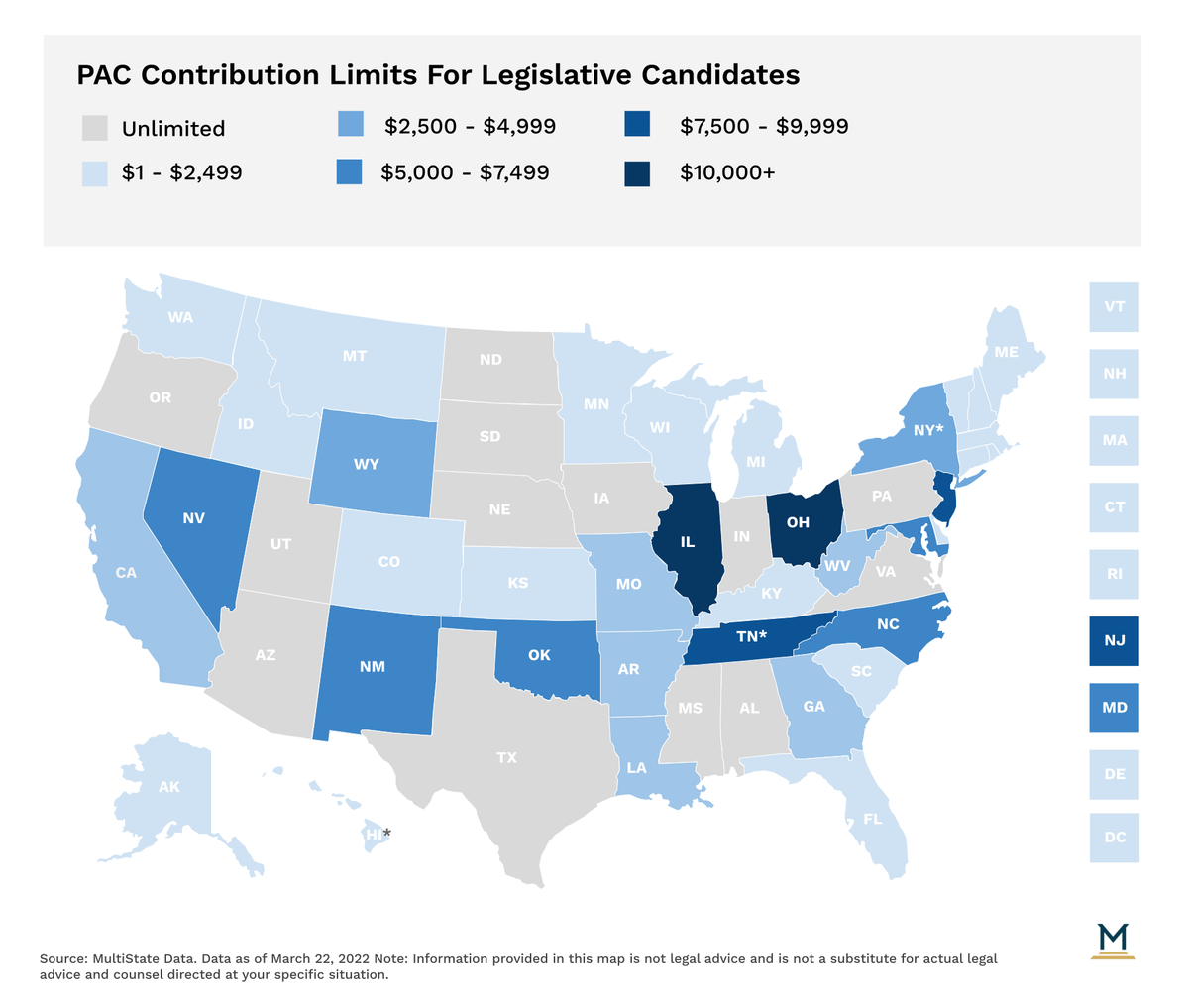 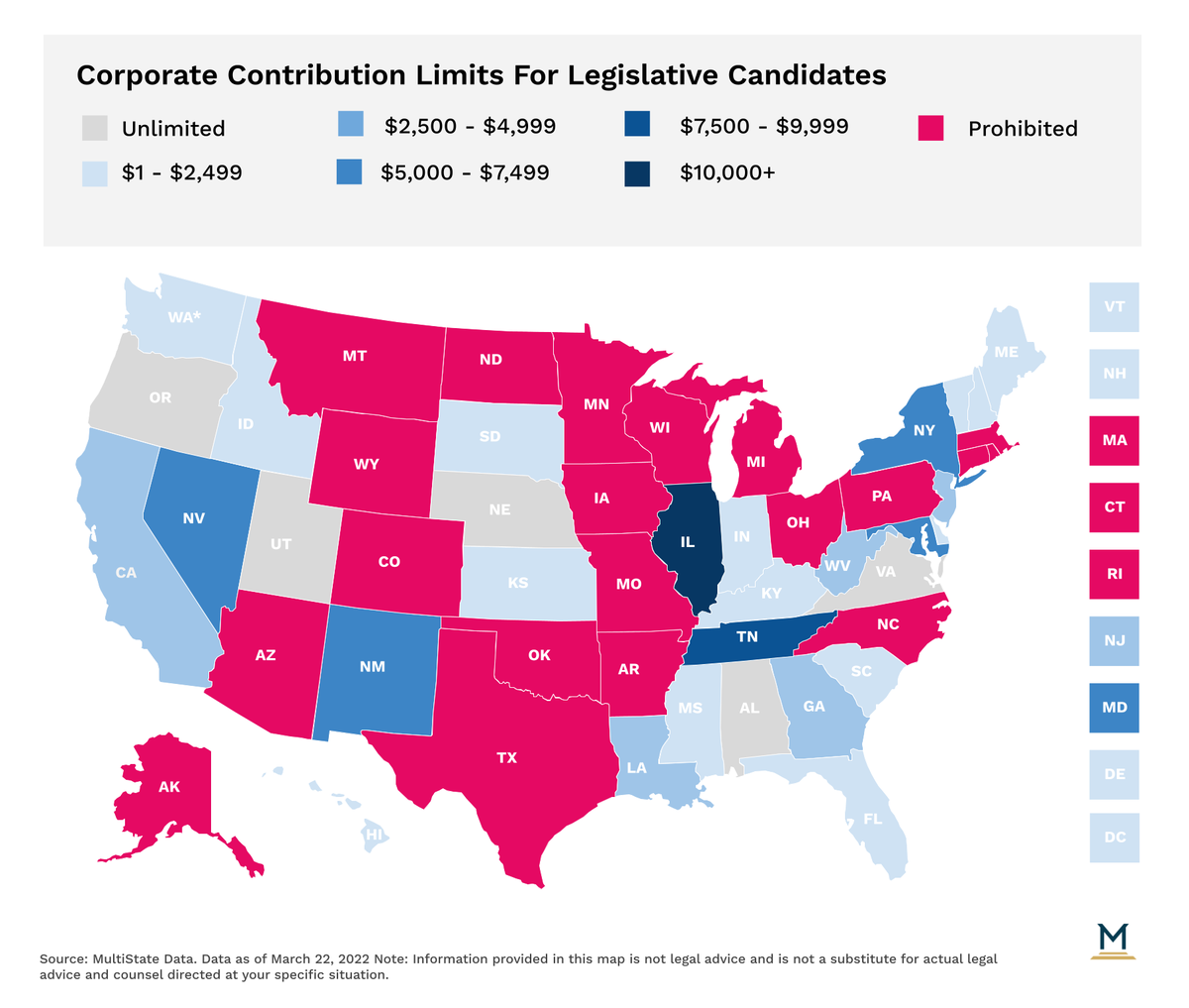 Just like political action committee limits, the map above comes with some caveats. Particularly for those states that prohibit corporate contributions. Many of these states permit corporate contributions to independent expenditure committees in the state which would still permit the corporation to participate in the election, just not directly and in coordination with a candidate.

Additionally, corporations can contribute in Washington State however, the corporation must be “doing business” in the state in order to directly give to a candidate. Washington illustrates that, while knowing the contribution limit is important, it’s arguably more important to know the peculiarities of jurisdiction’s campaign finance laws before finalizing your political giving strategy lest your corporation end up on the front page of the local (and sometimes national) newspapers for violating the law.

Is your corporation seeking to engage in state and local elections and not sure what your compliance requirements are? We can help. Don’t make illegal contributions — reach out to our team with questions.