Use of Campaign Contributions: How Flexible Are State Laws?

As we enter the heat of the campaign season for the 2022 elections, organizations may have questions about how candidates can use their campaign contributions. This information is helpful to advocacy and interest groups seeking to introduce their business or industry to current or potential office holders in state legislatures and executive branches.

The short answer: it depends. Long-held government affairs strategies include inviting candidates to events to learn more about the company or industry but paying for them to attend is generally prohibited. So what do the rules say about a candidate using their own contributions to fund a trip to a conference to learn more about an industry or company that affects their constituents? To answer this question, we reviewed the statutes of all 50 states and Washington, D.C., and, when necessary, we reviewed regulations, advisory opinions, and administrative guidance to gain an understanding of the landscape of campaign finance spending permissions in the states.

Landscape of Requirements: It Depends 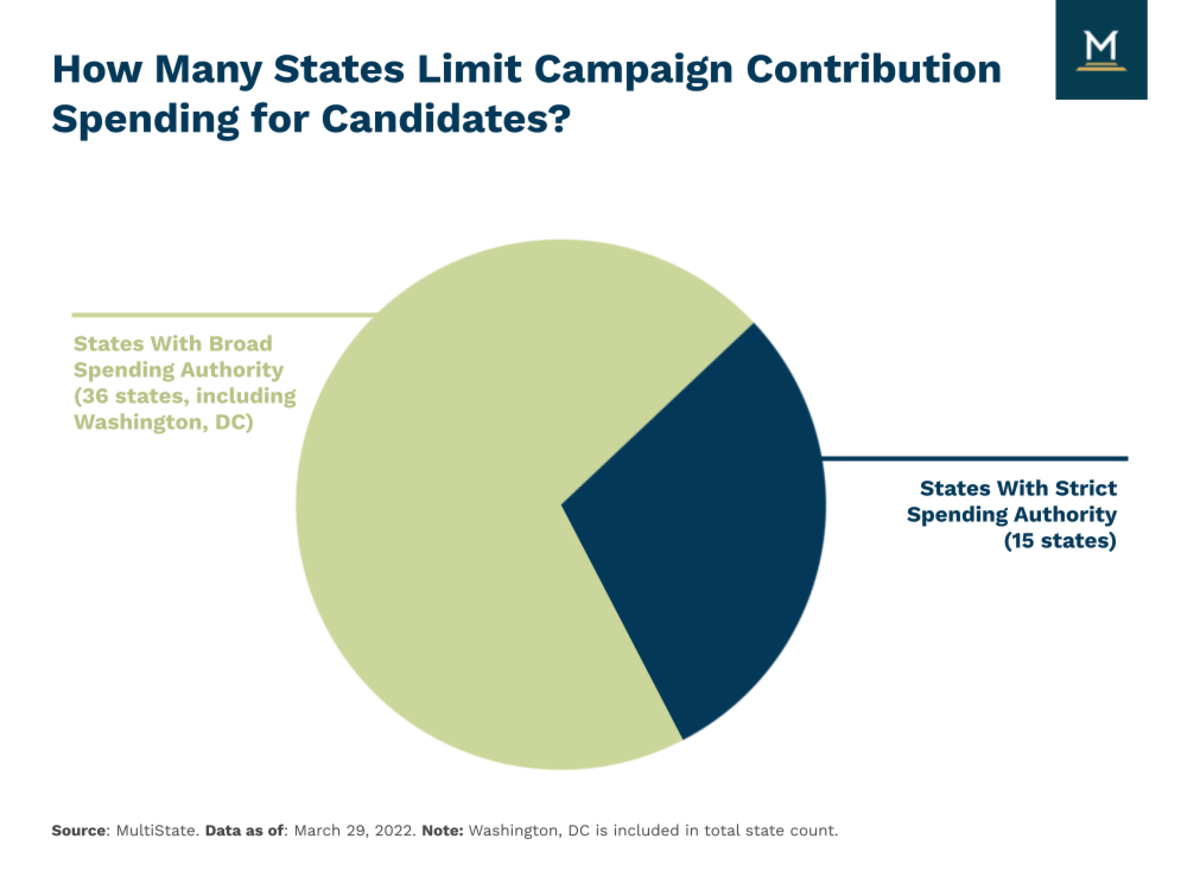 In states with broad spending authority (35 states plus D.C.), the state campaign finance statutes permit broad candidate discretion on spending, or they provide the ability for candidates to make the case that the spending is related to the campaign or the role of holding public office. These are states that permit the use of campaign funds for activities beyond supporting a candidate in an electoral campaign (either explicitly or implicitly).

Broad authority states include North Carolina, which permits the use of campaign funds for “expenditures resulting from public office,” and California, which permits campaign funds to be used for travel when connected to a “political, legislative, or governmental purpose.” In these broad authority jurisdictions, with evidence, a candidate may show that the expenditure was either expressly permitted by the statute or guidance, or build the case that the expenditure will assist them in the campaign or in their role as an officeholder.

Because you are seeking to build relationships with these current and potential lawmakers, do not simply issue a blanket invitation to candidates in a given state. Strategically invite candidates based on their interests, their districts and the industries present in them, their committee assignments (if currently in office), and other facets of their candidacy. This gives the candidate the ability to defend the expenditure in the event they are questioned by the state’s ethics commission or a rival candidate files a complaint for improper use of campaign funds and saves the inviting organization from negative publicity.

In states with strict spending authority (15 states), the statutes are, as the title would imply, stricter with the authority to spend campaign funds. These states prohibit the use of campaign funds for any activity other than supporting a candidate in an electoral campaign (either explicitly or implicitly). Many of these states restrict the use of campaign contributions to only those purposes that relate to electoral campaigns.

Strict authority states, like Kentucky, specifically prohibit the use of campaign funds to “defray the costs associated with an individual’s performance of his or her official duties as an officeholder;” while other states, such as Wisconsin, are more vague and may allow for residual campaign funds to be “used for any purpose not prohibited by law” but include statutory language outlining very specific uses for campaign contributions.

Three of the “strict authority” states include provisions in their statutes to allow for the transfer of campaign funds to officer holder expense accounts that could be used to defray the expenses of public office. These statutes, however, are generally vague about what these expense accounts may be used for or their use is restricted at various points in the year (e.g., Arizona restricts the use of these accounts after April 30 in an election year).

Are you seeking to engage candidates for office? We can help. Don’t miss out on building new relationships because you don’t know the rules. Let MultiState lobbying compliance services help — reach out to our team with questions.