Home
/
Insider
/
•••
Share
With most state legislatures having adjourned their 2017 sessions, now is a good time to review activity on sales and use tax (SUT) compliance legislation this year (see our May update here). Lawmakers in 31 states have introduced 80 sales and use tax compliance bills this year, and in the executive branch, five states have proposed five regulations. (Note that we've removed the bills that began as SUT compliance legislation but were later amended to no longer address this issue.) While many of these bills are in states that have adjourned or are close to adjourning, the sheer volume of introduced legislation is still instructive.

What exactly are these bills trying to do? The purpose of all of them is the same: to promote collection of sales taxes by as many sellers as possible (including remote sellers) in the absence of congressional action.

A few months ago, the Marketplace Fairness Act (S. 976) was introduced in the U.S. Senate and the Remote Transactions Parity Act (H.R. 2193) was introduced in the U.S. House of Representatives. These bills would allow states to require certain remote (including online) sellers to collect sales tax, subject to specific stipulations. According to a press release from the Marketplace Fairness Coalition, the law, if enacted, “would only apply to online sellers that have sales of at least $1 million outside of states where they have physical operations, like a store or a warehouse.”

But until Congress enacts a federal law, states are pursuing their own solutions. These bills have used a variety of strategies to enhance sales tax compliance, which we've grouped into three broad categories:

Note that some states have bills with language that falls in more than one of these categories, combining, for example, economic nexus and reporting language (e.g., Nebraska). Check out the map below to see which states have considered (or are considering) sales tax compliance legislation in 2017, and what types of bills/provisions each state has introduced. For details on how to read this map, please see the notes below the image. 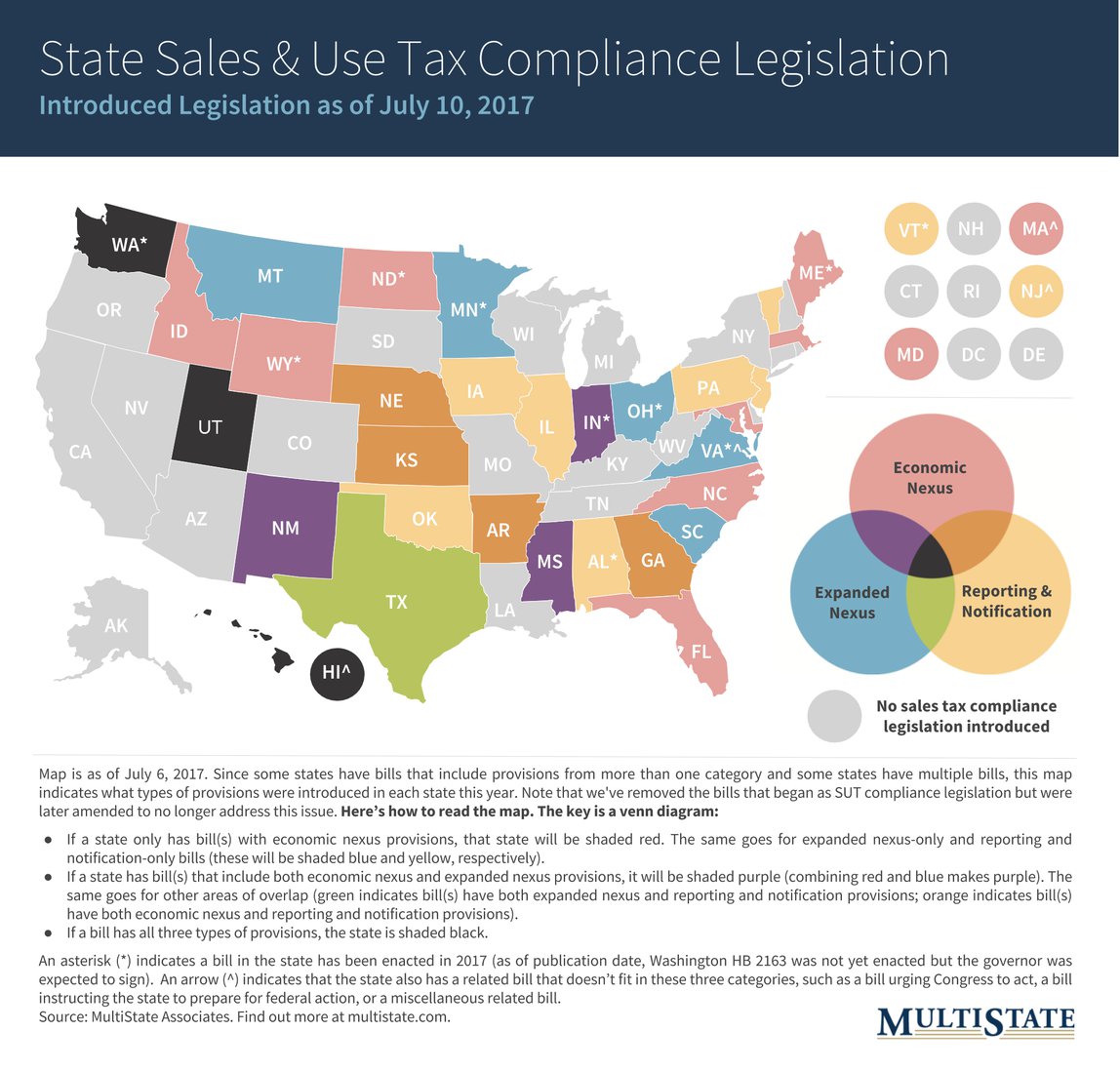 Of these introduced bills, several have made legislative progress:
For an explanation on current state laws regarding sales tax compliance, see this blog post from earlier this year. For more details on all of the legislation proposed this year, please contact us.