Heat Between Cities and States Rises as Local Preemption Continues 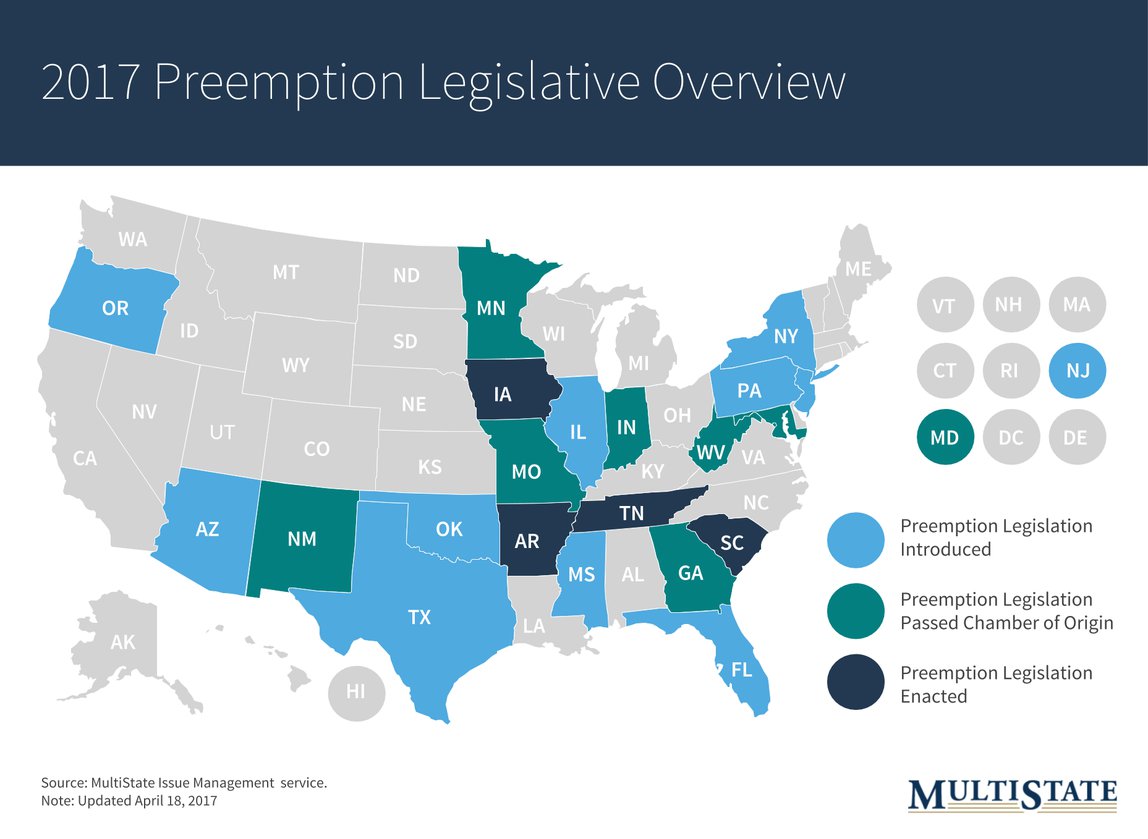 Legislators in Missouri are also expected to pass legislation revising the state's 2015 preemption law after the Missouri Supreme Court ruled that St. Louis can increase its minimum wage to $11 per hour by 2018. First, the court ruled that a 1998 statute that preempted local minimum wage increases was unconstitutional because the bill broke the state constitution's single subject rule (i.e., the legislature can pass legislation only addressing one subject at a time). Second, the court found that the 2015 statute (MO HB 722) preempted only ordinances adopted after August 28, 2015. Because the St. Louis minimum wage ordinance was effective before that date, the court ruled it was allowed to proceed as scheduled. However, the final ruling did not directly address whether the 2015 statute itself, which preempts both local employer mandates as well as plastic bag bans, broke the single subject rule. As a result, legislators are working to pass a new preemption bill (MO HB 1194) before Kansas City residents vote on a minimum wage increase on August 8.