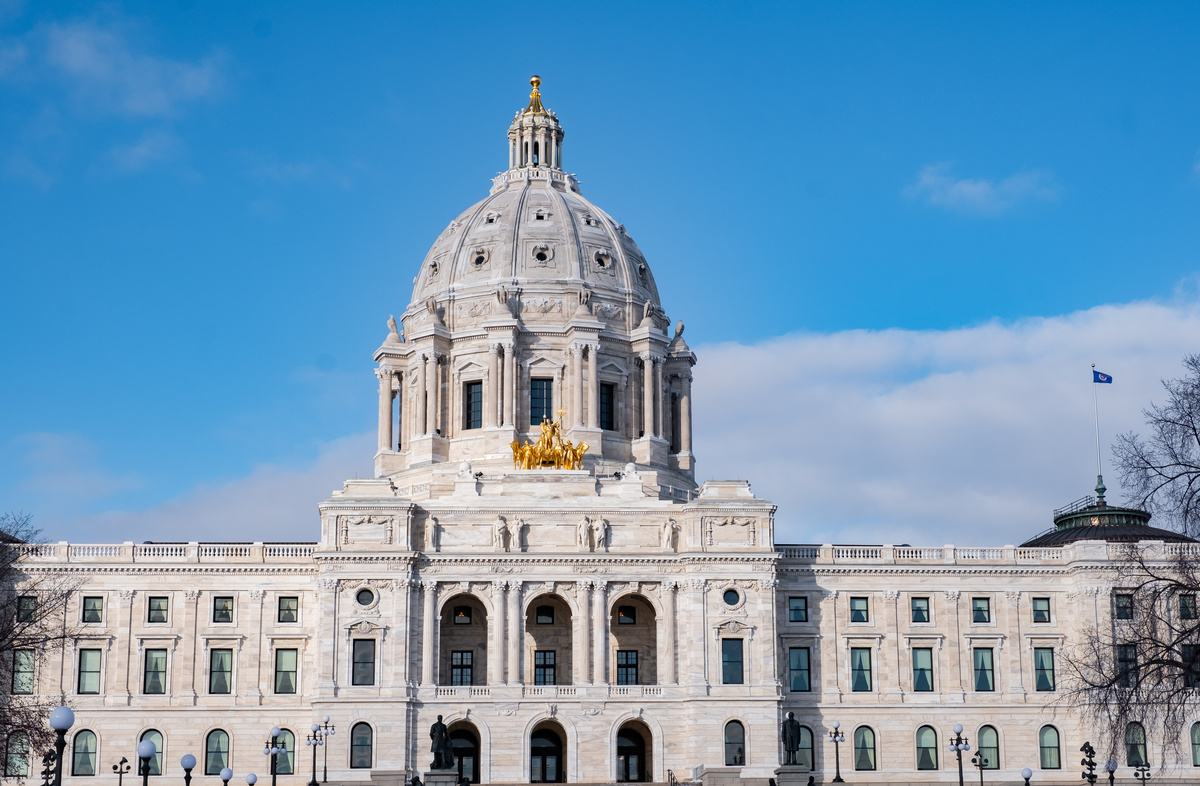 A political party holds a “trifecta” in a state when it controls both state legislative chambers as well as the governor’s office. Currently, Republicans have trifectas in 21 states, Democrats hold 15 state trifectas, and the remaining 14 states are under split control. When one party controls both the legislature and governor’s mansion in a state, that party has a clear path to pass their preferred public policies without any major roadblocks from the opposition party.

On November 3, political parties will have opportunities to gain and break up trifectas in the states. For this analysis, we’ll use the legislative and gubernatorial projections produced by election forecasters CNalysis and Cook Political Report, respectively. 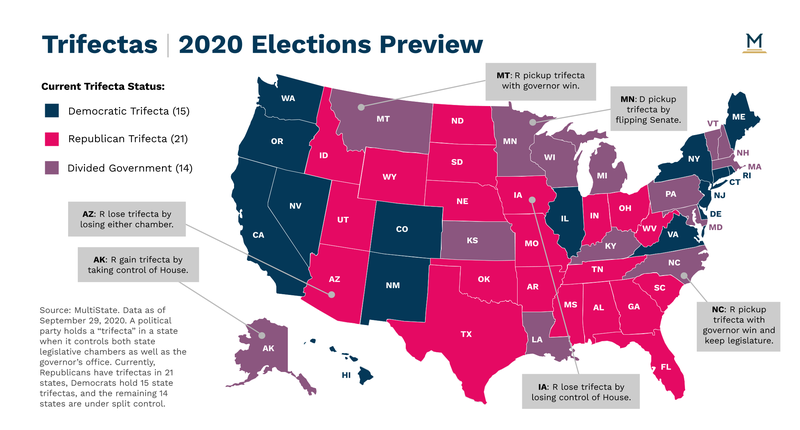 First, let’s address opportunities to break up current trifectas. Democrats can break up current Republican trifectas in Iowa by gaining control of the House (rated a “Toss Up”) and in Arizona by gaining control of either chamber of the legislature (both the House and Senate are rated as “Tilt Democratic”). Republicans aren’t projected to break up any of the current 15 states with Democratic trifectas in 2020.