Eleven states held gubernatorial elections in 2020, and results aligned with pre-election predictions. Only one race (in Montana) saw a party change, from the incumbent Democrat to a newly elected Republican. 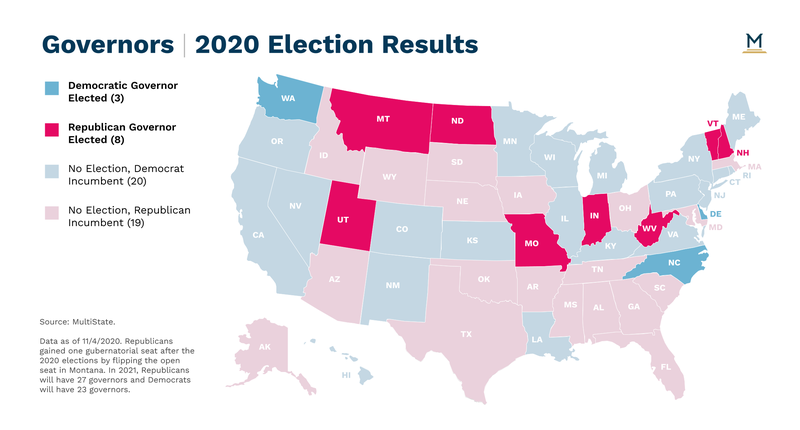 There were 11 gubernatorial races in 2020 — in Delaware, Indiana, Missouri, Montana, New Hampshire, North Carolina, North Dakota, Utah, Vermont, Washington, and West Virginia. Only one of those was competitive — Montana. This state had been considered "Tilt Republican" (a party flip from the incumbent Democrat).

A major change from the pre-election overall national partisan split was always unlikely. Of the 11 seats up for election, 10 were predicted to stay with the incumbent party (3 of which are held by Democrats pre-election and 7 of  held by Republicans). All of those predictions came true.