Compare election laws in all 50 states and D.C. across 14 issue areas. 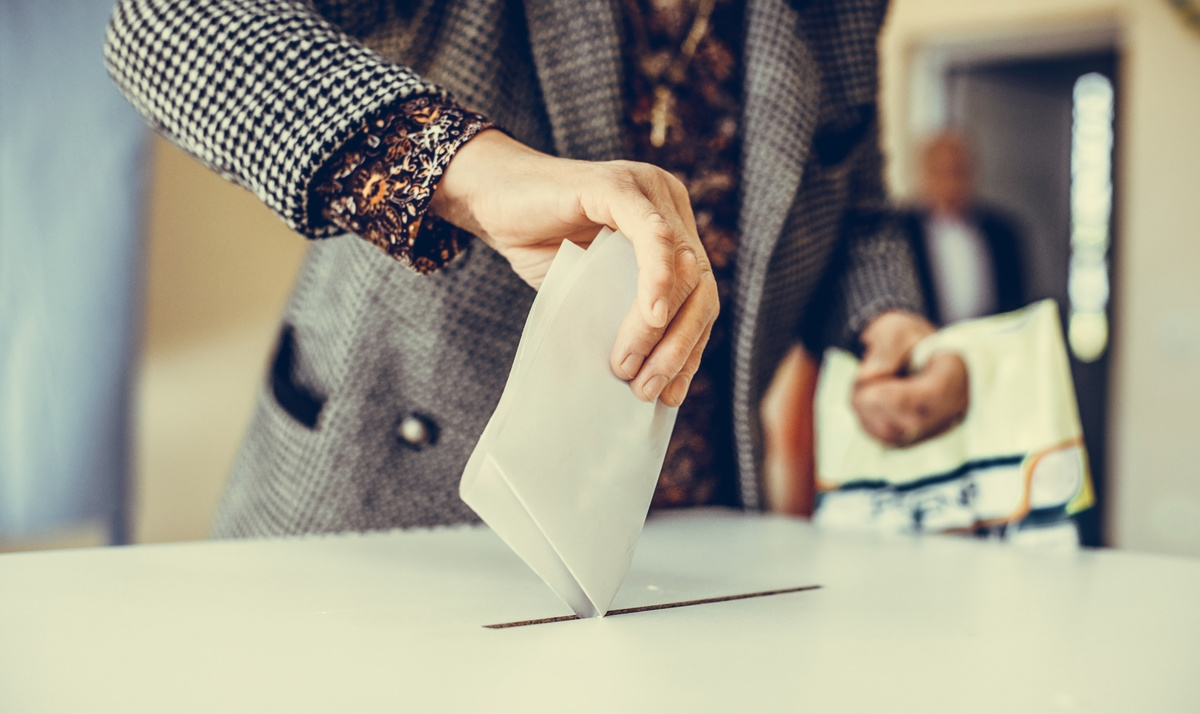 MultiState's team of state legislative policy analysts is tracking the latest developments in state election laws. We've compiled much of this information into an easy-to-read election laws dashboard that compares election laws in all 50 states and the District of Columbia across 14 issue areas. Each of these issue areas are discussed below with maps to help illustrate the comparisons across states. Click the image below to access the full dashboard.

The three issue areas under the Voting Registration & Eligibility heading cover who is eligible to vote and how eligible voters may register for upcoming elections.

Eligible voters must register before voting in their state (except North Dakota, which does not require voters to register). Currently, 24 states allow voters to register on the same day. But even then there are exceptions:  Alaska and Rhode Island only allow election day registration to vote for U.S. President and Vice President. North Carolina allows you to register on the same day during the early voting period but not on election day. And Montana offers late voter registration until noon the day before election day at county election offices.

For the remaining states, election offices must receive your registration by a certain deadline ranging from 30 to 15 days before the election.

Most states deny the right to vote for people convicted of felonies. However, there's usually a route to restore voting rights for those convicted of a felony. A majority of states restore the right to vote to those convicted of a felony once the full sentence has been served, which generally includes prison time, parole, and probation (some states also require the payment of all restitution, fees, and fines). Another 22 states restore voting rights once prison time is served. Vermont, Maine, and D.C., never disenfranchise people convicted of a felony and even allow them to vote while incarcerated. The remaining states impose rules that depend on the type of crime a person committed.

Absentee/Mailed voting became a huge issue in 2020 in response to the COVID-19 pandemic. The systems states have set up to allow eligible voters to cast a ballot before election day and without physically going to the polls on election day are complicated. A handful of states use this method of voting almost exclusively while others temporarily make it easier for voters to cast a ballot remotely during the pandemic. We expect absentee/mailed ballots, and the six issue areas highlighted below, to get a lot of attention from lawmakers.

There are 8 states that run their electoral system almost entirely through mail ballots. Every registered voter in these states receives a mail-in ballot by default. Voters then submit completed ballots by mail or deposit them at designated drop sites.

Currently, 34 states allow electors to vote by absentee/mail-in ballot without additional qualifications or excuses to do so. The remaining states require a reason for a voter to be casting a ballot by mail instead of in person.

Eligible electors that wish to submit an absentee/mail ballot must submit a request to receive an absentee/ballot by a certain date. This deadline varies by state but is generally in the 7-14 day range.

In response to the COVID-19 pandemic, many states allowed temporary use of ballot drop boxes located throughout the state. Several states have already enacted statutes or rules allowing drop boxes in future elections and rules surrounding drop box security. We anticipate this being an active legislative issue before the next major election in many states.

Voting in-person may have taken a step back during the COVID-19 pandemic, but it's still the preference of many voters. The topics below cover the growing trend of voting in-person before election day as well as the hours and ID requirements for those voting at the polls on election day.

States often set a minimum number of hours, and in most cases the hours themselves, that polls will be open for voting on election day. These hours vary from as low as 9 hours to as much as 15 hours. Most states are in the 12-13 hour range. This is less critical in the six states that primarily vote through the mail.

Beginning with Georgia and Indiana in 2005, there has been a trend over the past decade to require approved photo identification (e.g., state-issued driver's license) to cast a ballot at the polls. In 12 states, if a voter does not present an approved form of identification, they can only vote via a provisional ballot that will not be counted unless the voter takes an additional action (e.g., show up to the local election office and provide an approved form of ID). An additional 22 states require identification but provide an avenue where the voter may vote without taking an additional action (e.g., sign an attestation and the signature matches the signature for that voter on file with the election office). Sixteen states and D.C. do not require any registered voter to provide identification documents in order to vote on election day. North Carolina has enacted a law requiring voter identification, but that law is under a court's temporary injunction and currently unenforceable.

Election Issues to Watch in 2022